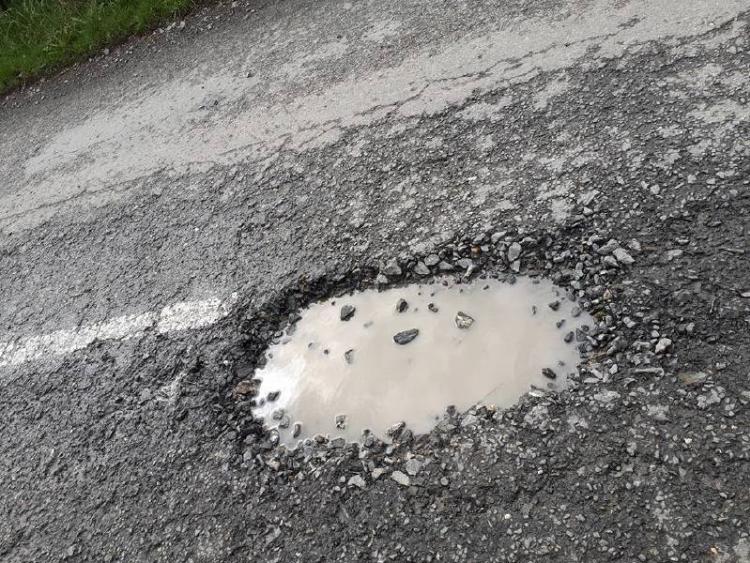 Potholes are a particular issue after the recent bad weather

The area engineer for south Kilkenny has said he would be ‘very surprised’ to hear that recently-filled potholes are opening back up.

Ian Gardner was responding to questions at the May meeting of the Piltown Municipal District. He said the weather so far this year has presented a challenge, and that four crews have carried out 42 days of patching work in the area, as well as 15 days of drainage maintenance.

Cllr Pat Dunphy said that it had been a tough period for the roads.

“There’s been eight months of continuous rain and potholes are opening up very quickly after being filled,” he said.

“Can we put anything in like macadam rather than the chippy stuff? Can we do something that will stay in it a bit better?”

Cllr Tomas Breathnach said there had been ‘no break in [the weather], and the impact on the road network has been pretty obvious to everyone’.

Mr Gardner asked if Cllr Dunphy was saying that potholes the staff had filled had opened up. Cllr Dunphy said yes, ‘definitely’. Mr Gardner was not convinced.

“Can you give me some specific locations and I’ll check it out.”

He said macadam was really not suitable for potholing as it is hard to keep hot all day.

“I’d have to see these locations, I’d be very surprised,” he said, adding that he had faith in the crews carrying out the work.

Cllr Dunphy also said it would be worth requesting extra funding for the roads.

“It’s going to cost a lot more — it’s into May and we are still filling potholes,” he said.

The Fine Gael councillor said ‘if you don’t ask you don’t get’.

“I propose we write to the Department for national funding for this type of work,” he said.