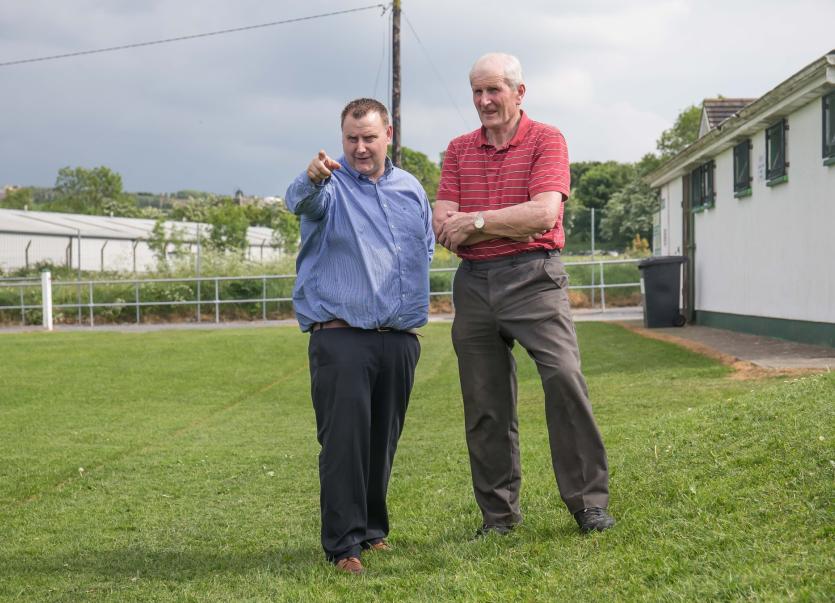 A legend of Ballyhale Shamrocks GAA club believes the flood relief works threatening the club will be fought “tooth and nail” as it’s confirmed the Minister is going to visit the village in the coming weeks.

Liam Fennelly also believes that the plans are “more contentious” than the uproar at the Na Fianna GAA club in Dublin over the proposed Metro link. The Glasnevin club is set to lose its premises and playing pitches to the building of a rail link.

The Kilkenny People revealed last week that Ballyhale Shamrocks – one of Ireland’s most successful hurling clubs – is at risk of being destroyed by flood relief measures proposed by the Office of Public Works.

At an estimated cost of €430,000 the works will see the Little Arrigle River in the village being diverted right through the club’s GAA grounds.

Fianna Fáil TD Bobby Aylward said: “I was very surprised by the panic in Ballyhale. I spoke to the Minister (of State at the OPW, Kevin ‘Boxer’ Moran) last Thursday about the furore. He told me they are all outline plans, preliminary outline plans.

The Minister gave me a commitment that he will come down to Ballyhale to hear residents’ concerns in the next five or six weeks.

“All locals’ concerns will be taken on board before any decision is made. The plan is a non-runner, this is all panic. It’s non-sensical, the proposal as put forward would not be feasible.”