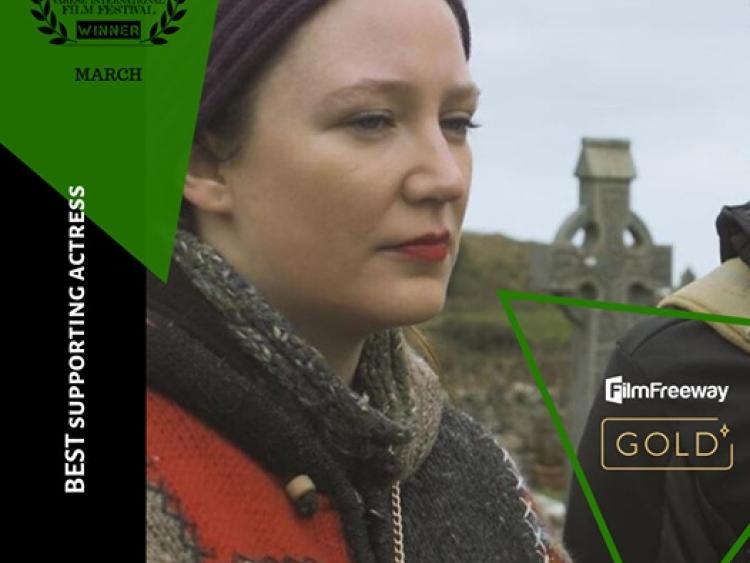 A small, indie short film made in Ireland and starring a young woman from The Rower is making waves on the international film festival circuit.

‘When the Wind Can Touch Your Skin’ is a short film made by an almost all French and Italian crew in the west of Ireland.
It tells the tale of a French photographer who comes to Ireland and is captivated by a girl from the Aran Islands.

Michelle Rosemarie Miley, from The Stripe, The Rower, is the actor that portrays that girl.
Her success has come as a surprise to Michelle, who is a biochemistry graduate and is actually working as a teacher in Dublin, these days.

After she completed her degree at Trinity, Michelle did an acting course, to get in touch with her artistic side. She got an agent and auditioned for what was to become ‘When the Wind Can Touch Your Skin.’ Her first professional acting project.

The production was delayed and in the meantime Michelle stepped away from acting. She thought acting was out of her system when, out of the blue, she got a call asking if she was still interested in the film.
It was shot in Galway and on the Aran Islands, and it is acted in English, French and even Irish.

“I didn’t realise how successful it would be. I was happy to be a part of the project but I really didn’t think I would win any kind of awards for it. I’m really blown away. It was an honour to be part of the process.”

Recently the film was shown as part of the Underground Film Festival in Dublin, but there are no plans to show it in Kilkenny - yet. Michelle hopes that it might be shown in Kilkenny as part of the Arts Festival or the Subtitle Film Festival, next year.
Although teaching now, Michelle has been asked to take part in a new film by the writer and director of ‘When the Wind,’ Michael Kuntz.

The new movie will be set during the Irish Famine and will be in Irish and English.
Michelle is the daughter of Theresa Miley, from The Rower, and the late Billy Miley. Her sister Angelina is about to move to Dublin for her studies, and Michelle is excited to be living with her sister again. Before going to university Michelle attended national school in The Rower and St Mary’s Secondary School in New Ross.