Potential: Will be a cross-county border initiative with Tipperary 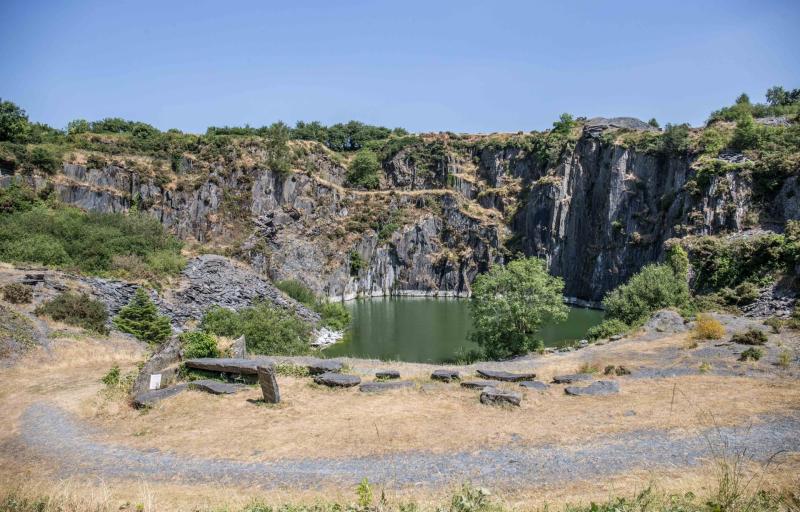 Part of south Kilkenny where work was once carried out with shovels and picks is now the most ‘shovel ready’ spot for tourism development.

Cllr Matt Doran said Kilkenny County Council has a very impressive list of proposed works, but ‘there’s not a project in Ireland as ready as the Lingaun Valley.’

Praising the Slate Quarries, in the Lingaun Valley, recently, Cllr Doran said it was one of the most picturesque parts of the county, but almost unknown.

“To me, it’s an absolute gem of a project waiting to be discovered.” He was speaking at the recent meeting of Callan Thomastown Municipal District.

Cllr Doran observed that not only is it a ‘shovel ready’ project but for centuries men worked there using only shovels and picks.
“I really plead with you, have a look at this one and start work,” Cllr Doran asked Kilkenny County Council officials.

Kilkenny County Council tourism officer, Martina Comerford, agreed that the Slate Quarries has potential. The county council is linked with Lingaun Valley Tourism and have previously funded their website.

Practically, Tipperary County Council own a lot of the land in the Lingaun Valley so there will have to be ‘joined up thinking’.
However, Ms Comerford said, from a tourism point of view the story of the area is lovely and her office will do what they can to support marketing.

Senior Engineer, Frank Stafford, said there are challenges and it would have to be a cross-border initiative. There are also landowner issues, he said, but he would sit down with Ms Comerford and Leader and see what could be done straight away.