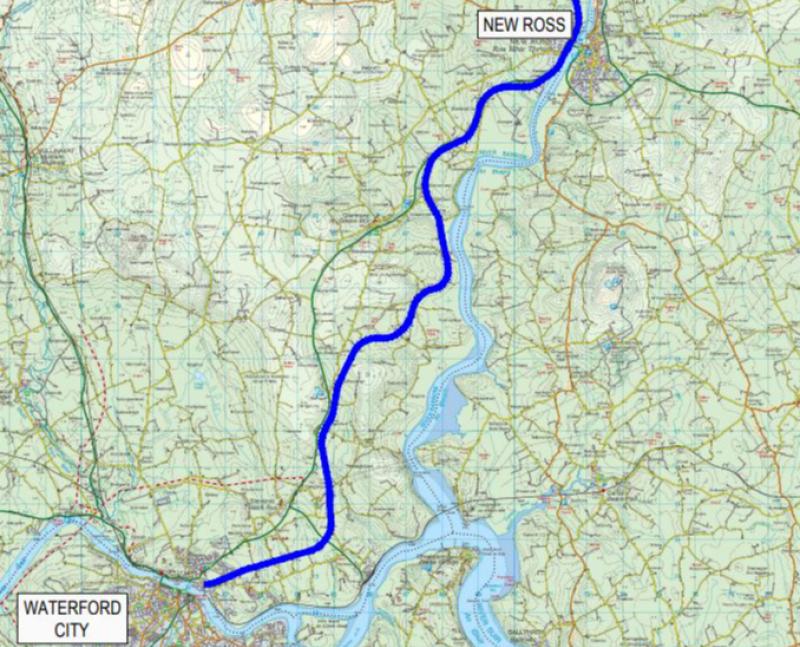 The route of the new greenway

Cllr Ger Frisby asked for an update on plans to link the villages of Glenmore and Slieverue to the Greenway, at the recent meeting of Piltown Municipal District councillors.
“The Greenway is going to be the life blood of those villages in the future. We can’t leave them behind,” he said.
He asked if there was a timeline for the report on possible links from Roadplan consultants.

Mr McKeown said Roadplan is undertaking the study which is funded by Kilkenny Leader Partnership.
The agreement requires Roadplan to come up with at least three options for each of the two villages.
Roadplan are also required to engage with the public but are reticent to do so until lockdown restrictions ease. They are currently looking at how to do this, but consultation will happen, Mr McKeown stressed.
He said it is critical to ensure the economic dividend of the Greenway is brought to Glenmore and Slieverue.
Mr McKeown told councillors that whatever route options are suggested the council will have a planning process and councillors will be involved with that.