Community facilities get a new lease of life in Graignamanagh 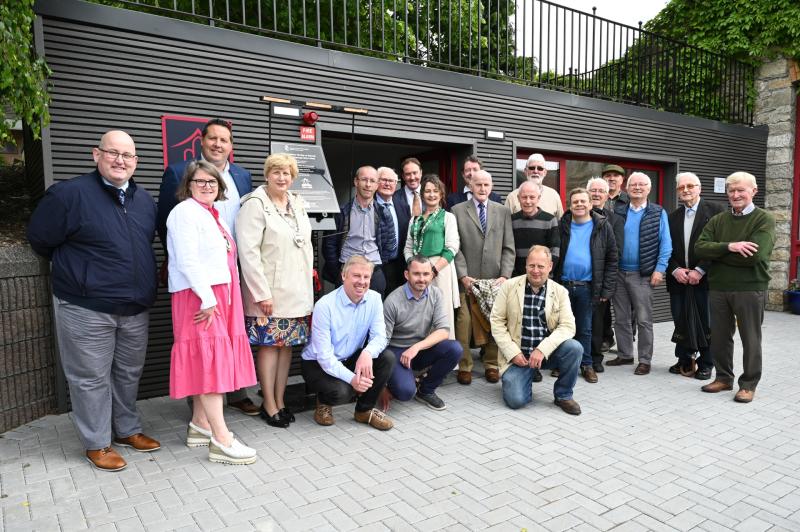 Community commitment, resilience and cooperation was celebrated in Graignamanagh, last week, as the town celebrated not just one but two grand openings for community facilities.

As one speaker said, to hold two events in the town was cause for celebration, but two, in the space of the same hour, must have been a record!

Local people, volunteers, councillors and supporters came together to mark the opening of the new workshop for Graignamanagh Mens Shed, and then, just a stone’s throw away, the ‘Astro,’ the renovated multi-use games area at Abbey Hall.

In total, the projects represent an investment of €320,000 in the south Kilkenny town.
The projects are both standout examples of how existing, rundown buildings and areas can be rejuvenated for the use of local people.

Graignamanagh Mens Shed now boasts a beautifully finished workshop. Just a few years ago the building was an almost derelict, unused public toilet. The renovation works have seen the eyesore building become an attractive addition to the streetscape as well as boosting biodiversity with a grassed roof - so there will be life under the roof and over the roof! 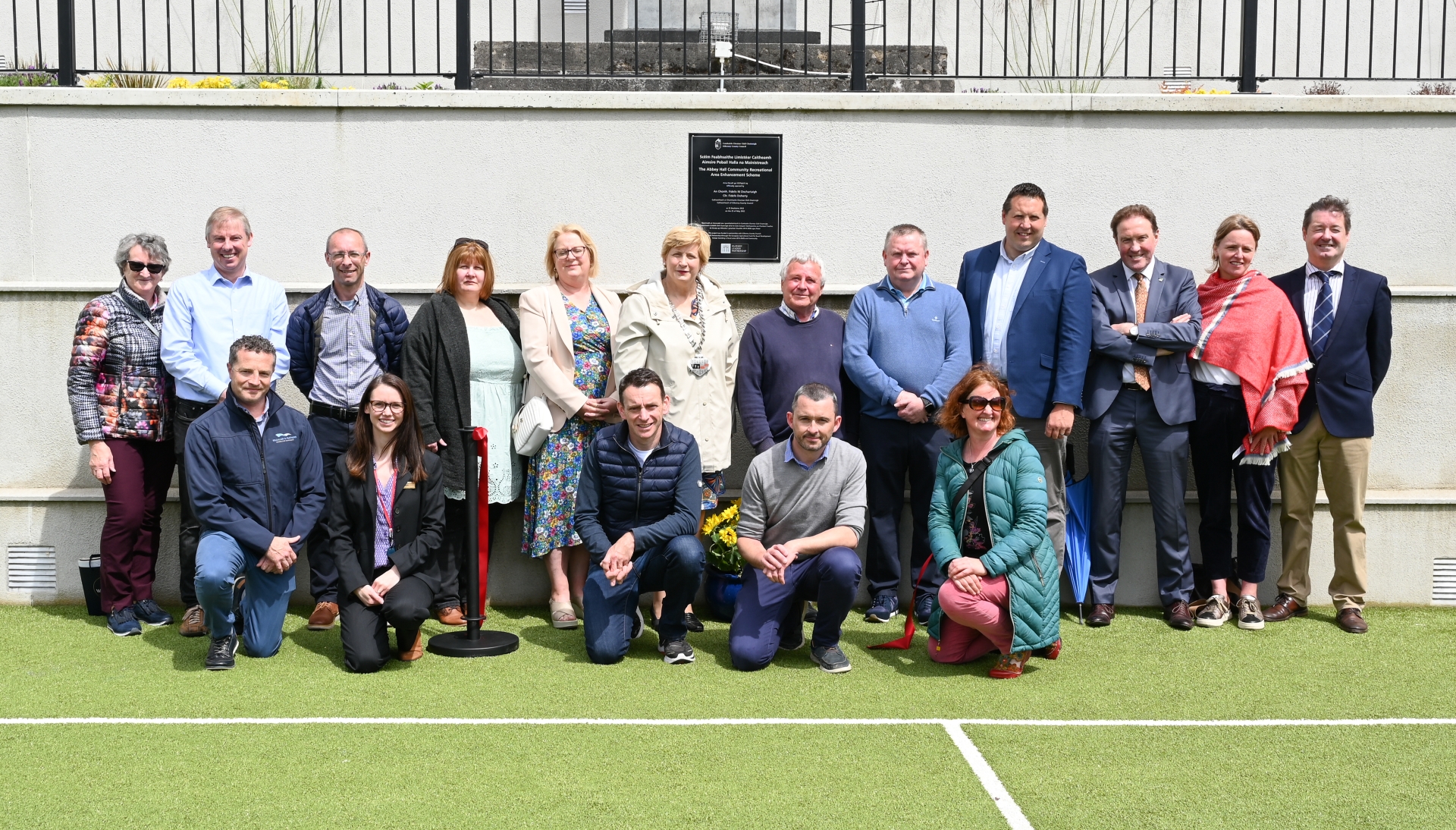 ABOVE: The official opening of the multi-sports amenity area ('The Astro') at Abbey Hall

The ‘Astro’ at Abbey Hall had also fallen into disrepair. Known as ‘the basketball court’ to past generations, the area has been landscaped, new railings have been installed, and a multi-game, astro-turf surface laid down - leading to its new nickname of ‘the Astro.’

None of the developments would have been possible without the financial support of Kilkenny County Council, Kilkenny Leader Partnership and fundraising in the local community.

Neither project was without its challenges. Covid building restrictions and supply chain issues were overcome, however, and the projects were both finished to a high standard.

Chairperson of Kilkenny County Council, Cllr Fidelis Doherty, said the Mens Shed is a community project where men can gather to learn, share skills and make friendships.
Ireland has become one of the leading nations for Mens Sheds, which was an idea that came from Australia.

Mens Sheds contribute so much to communities, Cllr Doherty said, providing much needed spaces to make and renew friendships.
In Graignamanagh Mens Shed members take part in activities from bee keeping to choir singing.
The ‘Astro’ is another wonderful, new facility for the town, Cllr Doherty said. She said it was incredible to think of what was there before and now see what it looks like.

Paying tribute to the current and all the hard working Abbey Hall committees who contributed to the renovation of the play area, the hall itself and the hall’s clock towns, the County Council chair said it was great they had secured the site and enabled it to, once again, become central to the community in Graignamanagh. No doubt it will be a busy spot during the summer and winter months, she added.

Area Engineer Frank Stafford was praised by Cllr Doherty and Colette Byrne, County Council Chief Executive, for his drive and support for projects in the town.
Mr Stafford, in return, said Ms Byrne always saw the potential in Graignamanagh as a regional tourism destination. Investments in the town in recent years, including the Mens Shed and the ‘Astro’ are now starting to show a financial benefit to the area, he said.

Declan Rice, of Kilkenny Leader Partnership, thanked the community and the committees of both projects for their hard work and support of the huge undertakings.

Speaking on behalf of the Mens Shed group their chairman Bill Crean said they formed in Graignamanagh in 2018 and are a voluntary organisation for all men, regardless of age, background or ability.
Members can learn through doing, can come together to help the community or just gather for a cup of tea.

Ward Kinsella, chairman of the Abbey Hall committee, said that even though at one stage the hall had been condemned by the fire officer, committees over 20 years had worked to keep the amenity for the town. He thanked everyone who worked with them to bring the hall and amenity area back to the community.

Appeal for Kilkenny accommodation for Ploughing Championships as Laois booked out