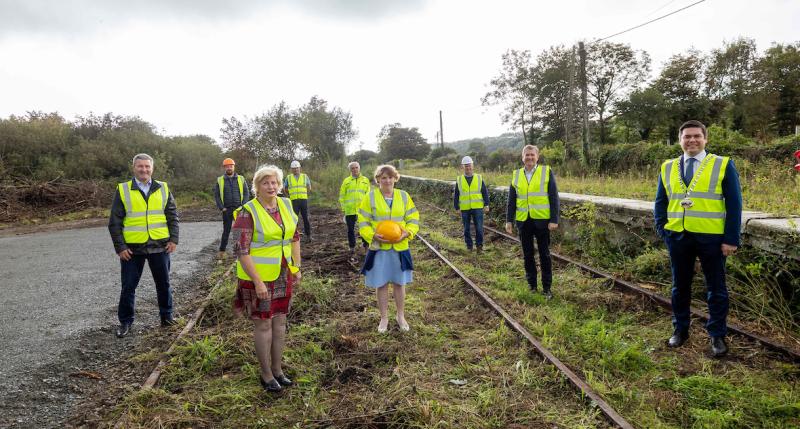 A potential link from Kilkenny City to the South-East Greenway is 'not unfeasible', according to Kilkenny County Council Senior Planner Denis Malone.

Malone made the remark when responding to councillor queries about the greenway at this month's meeting of Piltown District Council.

The Senior Planner stressed however that the current objective in relation to the greenway is to develop a link to Woodstock Estate in Inistioge.

Works have been steadily progressing over the summer months in relation to the Inistioge link and it is anticipated that the draft feasability study will be ready in September.

Should the link to Woodstock be achieved, then Malone stated that 'it's not unfeasible to imagine a link from Inistioge to Thomastown and then from Thomastown back to Kilkenny [City]'.

"There is potential there for a very significant regional network there but that could be ten years away," he added.

Cllr Eamon Aylward stated that it would 'be great to be able to get on a bike at Rosslare and cycle all the way up to Kilkenny'.

"We'd like to see tourists spread out all across the county," he added.

Cllr Tomás Breathnach acknowledged the local impact that a strong local greenway and greyway network would have in Kilkenny.

"Cycling to school would become easier in the region, local businesses will get a boost from passing trade, there are so many possibilities," he said.

The South-East Greenway being constructed at present will be a 24km cycling and walking route linking New Ross, County Wexford with Ferrybank, County Waterford through South Kilkenny.

As mentioned above, a feasibility study is currently being conducted to identify route options to link the greenway to Woodstock Estate in Inistioge.

The villages of Slieverue and Glenmore are also set to be linked directly to the greenway and those links have been developed and assessed, with route options identified.