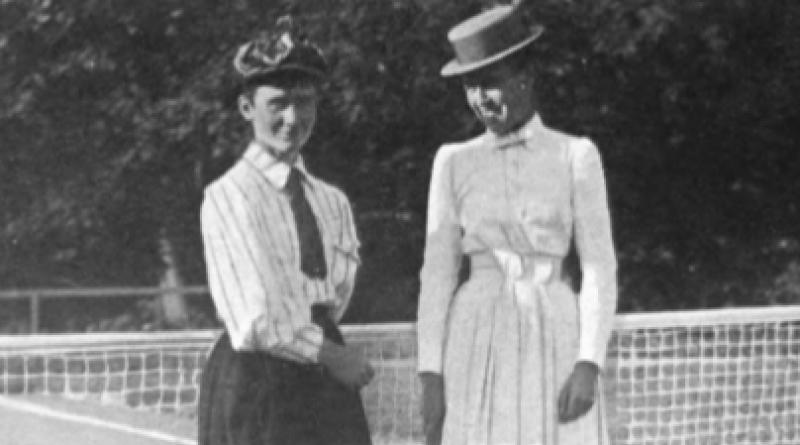 Amongst the vast catalogue of sporting legends the black and amber county have produced over the years, who has earned the right to be perpetually recalled? Whose contribution will stand the great test of time? Whose skill and ability will go on to colour the very mythos of their sport?

Usually the records speak for themselves on matters such as these but even records fail to give adequate voice to Mabel Cahill - Kilkenny’s most successful international sports star (it can be argued).

Mabel Esmonde Cahill was born on on April 2, 1863 and was the 12th child of 13 born into the family homestead of Ballyconra House, Ballyragget, County Kilkenny.

Looking at records, it was likely that she was educated at Sacred Heart Convent Secondary School in Roscrea.

Mabel was introduced to the sport of lawn tennis in its infancy as a teenager, just as it began to grow in popularity across Ireland and the UK.

Mabel Cahill made one of her first appearances in tournament play at the ‘Kilkenny County and City Tournament’ in June, 1884.

She advanced all the way to the final where she beat May Langrishe, the first winner of the Irish Lawn Tennis Championship.

Mabel moved from Ballyraggett to Dublin in 1886. Here she took part in a lawn tennis club that most probably sparked her love for the sport, at least in a competitive sense.

Three years after moving to Dublin, Mabel emigrated to New York City aboard ‘The Arizona’. She was 29.

The Brooklyn Daily Edge ran the following description of the Ballyragget ace: “Miss Cahill, the young lady who has made her name famous as a tennis player, is a slight and rather delicate-looking girl, yet the severity of her play is the terror of opponents of her own sex”.

Mabel Cahill made history when she became the first non-American and the only ever Irish person to win a US Open in 1891.

She made even more history by becoming the first ever player to win the singles and doubles title in the same year.

It didn’t end there though. She would return in 1892 and not only retain her US Open singles title but would also win another doubles as well as a mixed doubles title.

As ‘The New York Times’ so succinctly put it: “Miss Mabel Esmonde Cahill retains the ladies’ tennis championship of America, and showed this afternoon that she was the best player in the country.”

Mabel Cahill did not return to defend her titles in 1893, for reasons that remain mysterious.

It is speculated that she fell out of love with the game due to ongoing personal issues and financial distractions.

Cahill attempted to start a career as a writer in America but that didn’t work out so she moved to England in 1897. Here her tale takes a tragic turn.

Mabel Cahill could not escape the traps of poverty, evidenced by a stint spent at Liverpool Road Workhouse in Islington.

She tried every avenue to make a living including writing again and theatre work but died alone in Ormskirk Workhouse in 1901, aged just 41, buried in an unmarked pauper’s grave.

In 1976, Cahill’s tennis records won her induction into the International Tennis Hall of Fame, where she remains the only Irish representative.