Rower, 'Fort must do it all gain 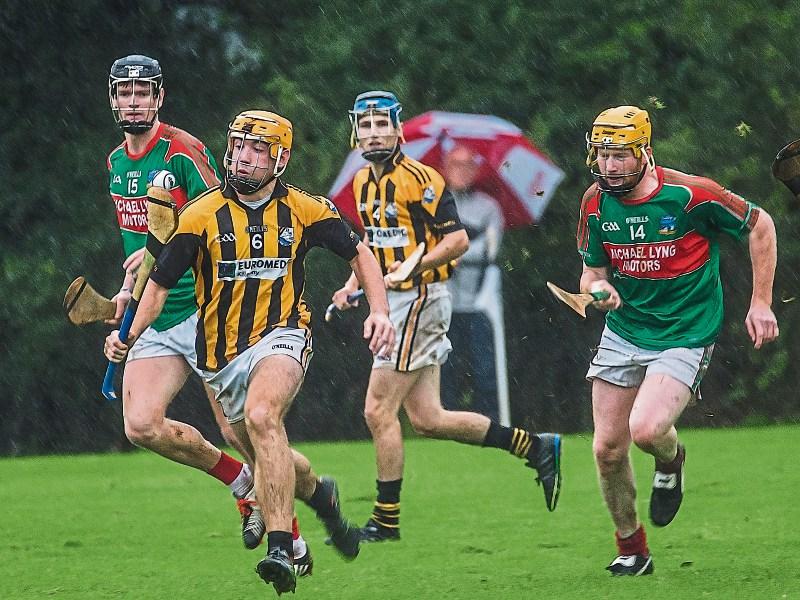 Relief that they survived was the dominant feeling from both camps after this ‘Battle of the Elements’ which so easily could have gone either way.

In fact, the Rower-Inistioge had two chances to win. The first was when they grabbed the only goal in 59th minute to get in front.

After they were called back to level terms on the hour mark by a free from former Hurler of the Year, Richie Hogan, they engineered a second chance but the strike at the town end goal by sub, Michael Grace, sailed narrowly wide.

The wind blew and the rain lashed down incessantly at Mullinavat on Saturday as two defiant teams gave their all in this first round battle in the senior hurling championship, which also doubled as a relegation semi-final.

“Relief to get a second chance,” was the summary from Rower-Inistioge official, Jim Lyng, afterwards that just about summed up the feeling of everyone.

The draw means the teams must head to Ballyhale for the replay this Saturday (3.15pm). The losers face Fenians (Johnstown) in the relegation final, while the winners have the sunnier prospect of a shot at St Martin’s in the quarter-finals of the championship.

The underfoot conditions were heavy and the ball was like a bar of soap within minutes of the off, and as a result the game was turned into an endurance test more than a contest of hurling skill.

Early on Paddy Hickey had a half chance of a goal after a ball broke in front of the Rower posts, but ’keeper Patrick Lyng recovered to save well.

After that the teams traded a point each before a minor from Cathal O’Neill, and three from Richie Hogan carried Danesfort into a 0-5 to 0-3 lead by the 23rd minute.

Pat Lyng charged up the right wing later to shoot a fine score from 35 metres to leave the Rower the minimum behind as half-time neared.

However, as the half rolled on to the 36 minute mark - there was a long stoppage when four players were involved in a pile-up - the ’Fort edged clear and worked up an interval lead of 0-7 to 0-4.

Richie Hogan (5) was their main marksman and playmaker, although his brother Paddy at centre-back and Paddy Hickey at wing-forward also produced some big plays.

The Rower conceded another point after the turn before county star, Kieran Joyce, landed two mighty efforts to lift spirits and drag them back into the match.

With Richie Leahy slowly growing into the game, and all around him upping their effort, the points came, slowly....Darragh Joyce (free) following a foul on Pat Lyng and Leahy to level at 0-8 each in the 46th minute.

When faced by their biggest chance, Danesfort, against the breeze and all, hit back brilliantly for points per Hogan (Richie) from a sideline cut, after he latched on to a stray clearance by an under pressure defender, and then with a beauty on the turn.

After the scare of being called back to parity, the ’Fort, inspired by Hogan, made a bold bid for victory.

The Rower hung on and hung on. On 55 minutes Michael Grace threw over a point.

Leahy was unfortunate with an effort for a point afterwards.

The chasers were knocked back again when sub Brendan Cullen laded a nice point for Danesfort.

The Rower didn’t give in, however. After Kevin Murphy had a shot blocked by goalie Paddy Tynan they scrambled a point through full-forward, Tom Murphy, with the supply coming from Leahy.

On 59 minutes the same Murphy got to the end of a huge delivery from midfield by James Doyle, and from near the edge of the square he fired home.

Right on the hour a foul on Hickey was turned into a point by Richie Hogan to save Danesfort, although they endured one final anxious moment when Grace barely missed the target.

A draw was a fair outcome, if only because both sides deserve a chance to play real hurling on a better day.