What a relief - for both teams! 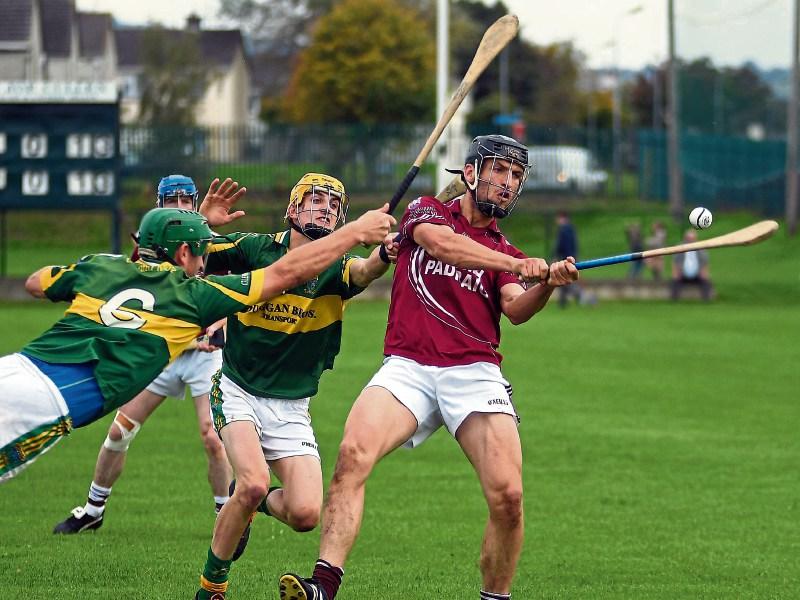 It is possible there weren’t two more relieved teams after last weekend than St Patrick’s of Ballyragget and Glenmore!

The short story of this intermediate hurling championship quarter-final was that both teams probably felt they left the game behind them. It finished St Patrick's 0-16; Glenmore 0-16.

In St Patrick’s case, the dominant spell they enjoyed in the first half was not enough to keep Glenmore at arm’s length.

For Glenmore, in the second half saw they clicked into gear and they almost stole the semi-final spot, and only for wayward shooting they would have.

Both sides will feel they can improve on their performances on Sunday, which makes the replay very intriguing indeed.

The play during the opening 15 minutes was helter skelter. The most notable feature was St Patrick’s impeccable defence.

Geoff Brennan, James Gannon and their colleagues did not give their markers an inch. Every time a ball broke, there was always a Ballyragget player available to clean up.

Alan Murphy opened the scoring for Glenmore, while Robbie Healy answered for St Patrick’s with a 65.

Joe Brennan, Geoff Brennan and Michael Brennan all scored from play during the following five minutes. Their movement of the ball was fantastic.

Ballyragget led by five points to one point. Mark Aylward shot two frees in the 8th and 9th minutes.

This was enough to keep Glenmore in it, as their forward line was struggling to make gains against their markers. Alan Murphy kept Glenmore in it with two more frees to keep their chances alive.

It was during this period that St Patrick’s should have added a few more points to pile the pressure on Glenmore.

In the second half Glenmore get to grips with the game.

Eoin Murphy went on to have a superb second half. He pointed from a free in the 34th minute to get things going.

In truth, the game was a battle of two families, the Murphys of Glenmore and the Brennans of Ballyragget.

Michael Brennan was as accurate from frees as Murphy, and this contest among the free takers continued for the rest of the half.

Alan Murphy also got in on the act with frees in the 41st minute and 42nd minutes.

A pivotal moment came when Michael O’Sullivan blew for a penalty in Glenmore’s favour. Eoin Murphy stepped up to take it, but the effort was saved by Michael Gannon.

Had the ball gone into the net, it could have changed things dramatically.

In a game of small margins, substitutes would become very important.

Inter-county star Kevin Kelly did not start for St Patrick’s due to a hamstring injury, but he was introduced in the 48th minute. His cameo did not last long however, as the injury severely hampered Kelly’s ability to run on to a breaking ball and he was forced to retire.

This could have been a big blow to St Patrick’s, but in fact, it had the opposite effect. Points from Seoirse Kenny, Bill Staunton and Conor Delaney made things very tense indeed.

However, Glenmore were also digging their heels in. Michael Phelan contributed two points for the Southerners.

In the end time ran out for both sides and they now have to do it all over again this weekend in what should be another pulsating encounter.