Tullogher show cutting edge as they roar into county final 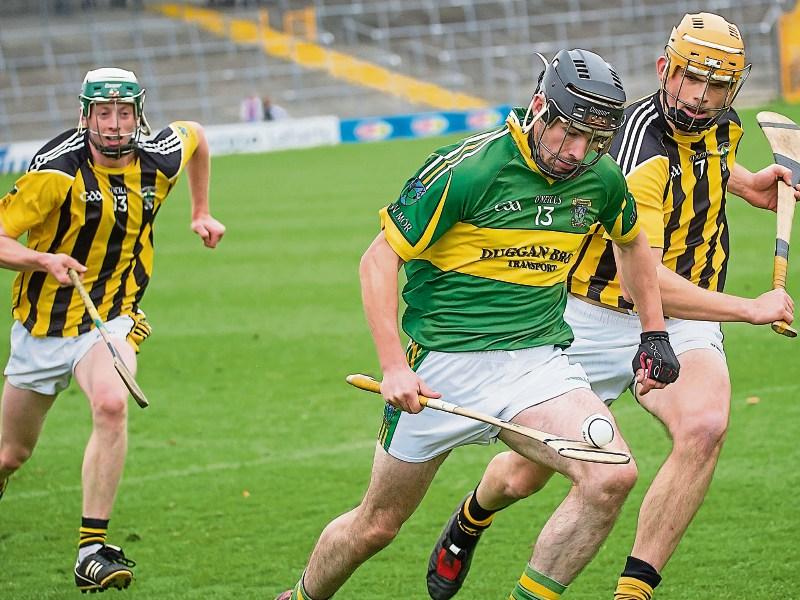 Hennessy struck first in the 28th minute to help his side into a 1-8 to 0-6 interval lead.

And then, not long  after shaking off a bad injury, he struck again in the 51st minute to shoot Tullogher into an all but match winning lead of 2-10 to 0-9 at Nowlan Park on Sunday.

History! This will be Tullogher's first appearance in the final.

Glenmore will have regrets after this  semi-final. A total of 12 wides, at least three from frees during the second half they would normally expect to convert, meant they missed out on the  big county final date on Sunday week against Carrickshock.

At this stage of the championship there is no holding back, and that could definitely  be said of Tullogher.

County star, Walter Walsh, seemed to be of the mood that if he couldn’t get round  someone, then going through them was a reasonable second  option.

He put in a massive shift, as did Pat Hartley during an utterly defiant second half, while Moling Cotterell, Donnacha O’Connor, Cian O’Donoghue and, of course, Hennessy were other massive contributors to a smashing victory.

There was nothing in it during the opening quarter when the teams shared equally in eight points and the scores had been level three times.

Tullogher created one goal chance, for Walter Walsh, but Glenmore goalie Davy Aylward brought off a near unbelievable save from a 10 metre rocket to turn the ball out for a 65.

Reliable free taker Cian O’Donoghue, who reached the break with six scores in the bag, pointed the winners in front from a 65 in the 19th minute.

Tarek O’Connor added to the gains (0-6 to 0-4) before returned county star, Ger Aylward landed the third of three top rate points to keep Glenmore in touch.

And so it was left to Hennessy’s goal, a prodded home effort from close range after a Walsh delivery dropped the ball dead on the edge of the square, to make up most of the divide at the break - 1-8 to 0-6.

What formation the teams employed after the turn no one knows, because everything was tried in a bid to gain an advantage.

Scores were hard to come by. At the end of the third quarter Glenmore had added just one point to their total.

More disturbing for them -  they had registered five wides.

When Alan Murphy had their second score of the half in the 46th minute they were 0-8 to 1-10 down.

Another Murphy point from a free after a foul on Aylward kept them very much in the game.

But Lady Luck sided with Tullogher in the 51st minute. A Tullogher puck-out ended with the ball breaking goal side of the opposing defence on the ‘40’.

If there was someone Tullogher would have wanted to pounce on the breaking ball it was Hennessy. He did. He sprinted away towards goal, and when the ’keeper advance, he batted the ball down  tennis style and into the net (2-10 to 0-9).

On a day when Glenmore offered limited penetration up front, a recovery job looked beyond them despite the wholehearted efforts of Eoin Murphy, Ger Aylward, Richie Mullally and company.