Coping with change of direction is testing Mooncoin 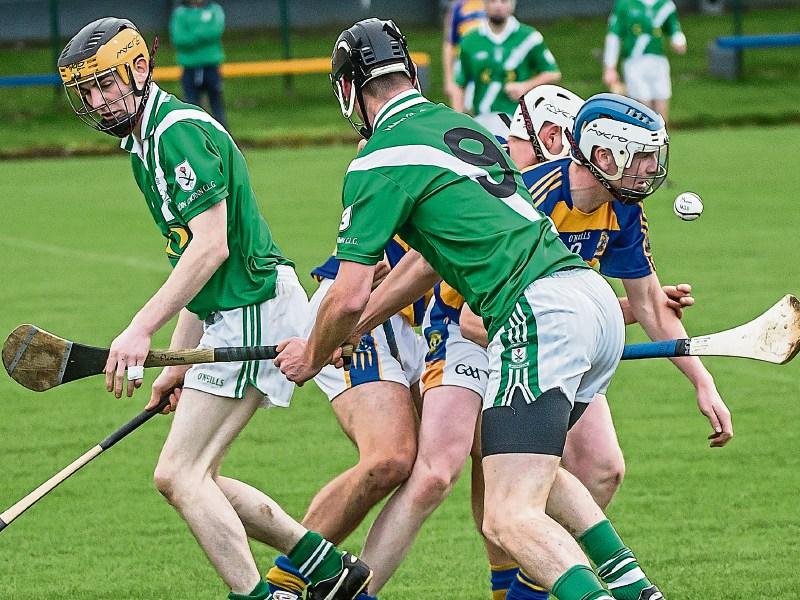 Getting the focus right for the Leinster club championship is proving to be a bit of a challenge for Kilkenny junior champions, Mooncoin.

For the past three seasons the No. 1 objective has been to climb the ladder out of the junior division.

Now that goal has been achieved following a county final win over Tullogher-Rosbercon, making a quick change of direction is not proving to be that easy.

“The players have warmed to the idea  of the Leinster club championship, but things are not exactly right yet,” admitted manager, Joe Murphy, with Saturday's semi-final against well walked St Oliver Plunkett's (Westmeath) at Nowlan Park(2pm) on the agenda.

“The initial euphoria after  winning the county final has subsided. But  the way we had the players  built up for it led to  a bit of a slump afterwards, which is understandable.”

Mooncoin, one of THE names in Kilkenny club hurling, have looked on at other local outfits winning All-Ireland titles, and the feeling is they wouldn't mind a bit of that.

They took their first step on the road with a nice  Leinster club win over St Fechin's (Louth).

However, with no experience of  the championship beyond that,  they  don't know what standard to expect.

“Speaking to the Wexford lads, Oliver Plunkett's are not going to be a push over,” Joe said of the opposition who beat St James (Wexford) in the last round.

“We have been warned,” he added. “Their results in the past have been impressive. We won't take anything for granted.

“At the same time, if we play the way we can play, regardless of the opposition, we would be happy that we would be hard to beat.”

Many  felt Mooncoin played some of their best hurling in years   in the county final. The manager  questioned that assessment, believing he has seen plenty of good showings, but  consistency was an issue he thought.

“The hurling is in the players,” Joe said with confidence. “We are coming into the time of year when the going will get heavy and our players won't be worried one bit about that.

“Physically I think we can match any team. But it is hard keeping lads focussed coming into this time of year.

“Getting back to our best  level of form  is the big challenge for us,” he felt.

At the same time he assured that all the players have taken everything they have been told  on board, and have fully committed to the club championship.

“The whole  is a learning curve for us, all of us,” Mr Murphy admitted.

He was comforted by the way the players  approach the St Fechin's game, the seriousness, the professionalism and so on left him absolutely sure that they are  equipped to put in a decent effort.

He noted there was great enthusiasm among the players and in the parish about  the match, and everyone wants to see Mooncoin enjoy a good run.

“There is a big high in the club at the moment,” he felt. “We have to try and build on that. To be fair to the players, no one misses training.”

The South Kilkenny outfit reported a clean bill of health as they chase a place in the Leinster final.

“A  place in the Leinster final is a big ticket,” Joe insisted. “We keep talking to the lads about that, and what could lie ahead for them.

“We have seen Kilkenny clubs do well in this championship before, winning the All-Ireland and so on. Why can't Mooncoin aim for something like that?

“This is a massive opportunity for our players,” he felt.