Mooncoin lose their way at times, but are still good value for win 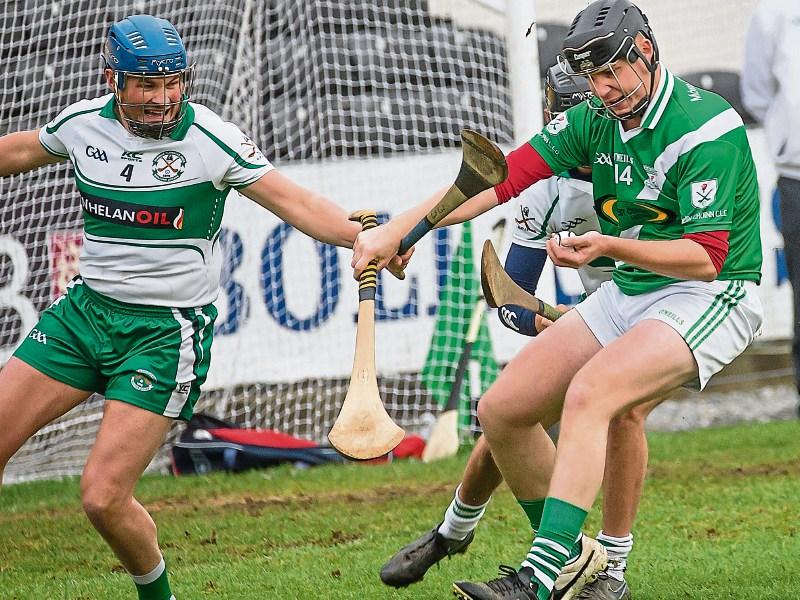 Kilkenny champions, Mooncoin, made it through to the Leinster club final without too much trouble, but this had to be a learning experience for them.

In this junior hurling semi-final  against St Oliver Plunketts (Westmeath) in which very little out of the ordinary happened, the Kilkenny champions finished with 13 men.

And one of those dismissed will miss the final because he was shown a straight red card.

Mooncoin  appeared both annoyed and puzzled afterwards. On the one hand that the punishment was so harsh,  but how it all happened  left them scratching their heads.

Lively forward John Fitzgerald, who was going well and had two points in the bag, was red carded in the 35th minute in an incident in which the referee sought the opinion of one of his linesmen before taking action.

The second sending off saw another good performer, Michael Grace, who scored four points, dismissed in the 54th minute. This was after a second booking.

A team having two men sent off would suggest serious wrong-doing. But, for me, Mooncoin weren’t guilty of that.

It was more a case of the match being ‘over-refereed’, if you get the drift, with every call being made.

Lesson for Mooncoin - read the referee’s handling of things from an early stage.

Mooncoin manager, Joe Murphy was diplomatic  when he suggested: “I won’t say what I would like to say about the referee. We are after winning. It wasn’t pretty.

“We didn’t play well. We got dragged down into things we didn’t need to get dragged into.

“Look, it is about winning matches. It is the same as getting to a county final. It doesn’t matter how you get there if you keep winning.

“We will move on and be positive. We did some nice things at times. We won’t let what happened  get us down.

“If we had won playing brilliantly we would still be in the same place. We are happy to be in the final, and we will concentrate  on that now.”

When in full flow during a lot of the first half, Mooncoin looked very capable.

Their hurling in defence was fast, crisp and neat, with Seamus Kearns, Eoin Hennebry and Conor Brophy playing extremely well.

The midfield pairing went well too, with under-21 duo Cormac Fleming and Kevin Crowley mopping up a lot of ball and using in well.

Up front the towering full-forward, Eamon Hennebry made two great early catches that frightened Plunketts and had them scrambling for a Plan B. They crowded Hennebry whenever they could afterwards.

Still he was hugely effective. He won a penalty when fouled after one catch which earned a goal for Ray Wall, and another good catch was followed by a smashing goal from Hennebry in 34th minute.

Michael Grace was flying in the opening  half when he grabbed four points from play, but he appeared to get caught up in the fuss at the first sending off which knocked him off his game.

John Fitzgerald was going well too until things turned against him.

After an early exchange of scores, slick moving Mooncoin blasted into a 1-2 to 0-1 lead by the fifth minute with the help of Wall’s penalty.

They could have been further ahead, but their shooting was off, as five wides during the opening 11 minutes would suggest.

They conceded a second time to Plunketts in the 12th minute, before Grace and Ciarán Curley traded minors.

Between the 22nd and 27th minutes the Suirsiders enjoyed their best spell, and added five points on the trot. The scoring honours were taken by Sean Walsh, Grace, Fitzgerald and Grace at the double as they shot into an interval lead of 1-8 to 0-4.

The visitors picked off the first score of the new half through Paddy Lynam, but by the 34th minute Mooncoin had hit back for a point from Cormack Fleming and a goal from Eamon Hennebry, who nearly burst the net after making a great catch.

These efforts left Plunketts trailing by 0-5 to 2-9, and really, the game was over as a contest.

The next thing was the incident that led to the red card. The game fell asunder after that, with the winners adding a mere two points during the closing 26 minutes.

Plunketts chased hard. They pulled back a goal through Paddy Lynam in the 52nd minute which left the score at 2-10 to 1-7.

The resolve of the Mooncoin defence was tested after that. All stood firm.

The final will be against either Rosenallis (Laois), who won the Leinster junior football crown at the weekend, or Rathoath (Meath) on Saturday week.