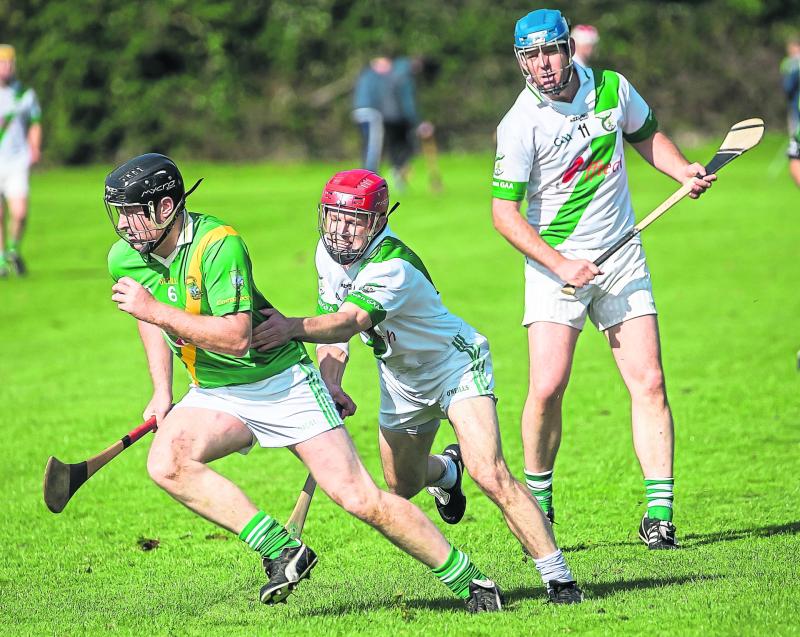 Full-back John Dalton turned match saver when he joined the Carrickshock attack in the closing stages of this amazing Leinster club intermediate hurling championship final in Newbridge this afternoon.
Dalton had a hand in two late goals to turn defeat into victory for Carrickshock in a match that was turned on its head during the closing minutes.
Kildare senior champions Celbridge played really well, and with 56 minutes showing on the clock they led by 1-14 to 0-11.
Seconds later Dalton took a pass from Michael Rice and beat the Kilkennyman in the Celbridge goal, Niall Lanigan, with a fierce low drive to cut the gap to 1-14 to 1-11.
Kevin Farrell and Celbridge's best player, Gerry Keegan, swapped points before Kevin Farrell blasted to the net for Carrickshock to earn them parity for the first time. The time on the clock read 61.15.
Keegan won back the lead for brave, brave Celbridge before Dalton made a goal for sub Michael Rohan to earn the Cats a win very much against the run of play. The clock read 62.40.
Celbridge were the better team during the opening half and their opponents made lots of unforced errors. They led by 1-9 to 0-9 at the break.
They exploded into life from the off and shot 1-2 within five minutes. They led until Carrickshock caught up in the 61st minute
This was Carrickshock's second win in this championship to go with the one scored in 2004, and they now advance to the All-Ireland series.