The Rower get there after battle 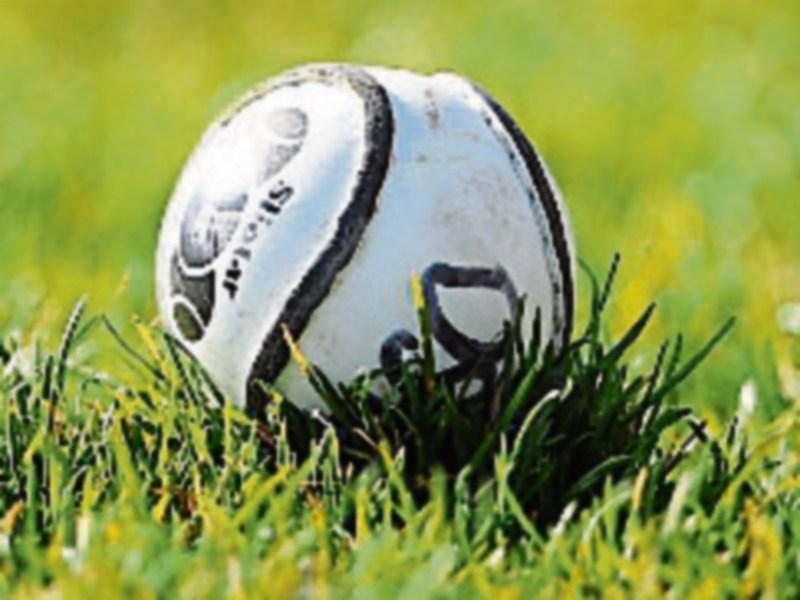 The large crowd was treated to  high quality fare when the Rower-Inistioge beat Ballyhale Shamrocks in the South under-21 Roinn A hurling championship final on Sunday.

Ballyhale scored first  but it was  the only time they led. The Rower were ahead by six  points at the break (0-14 to 0-8), but they were rarely safe.

Shamrocks had  two players dismissed in  the half, one at each end of it. They  cut the deficit to minimum with eight  minutes remaining,  but the Rower finished well.

Darren Mullen opened the scoring for Ballyhale with a point.

Jim Ryan levelled after he caught a great ball and fired over from 45 metres.

Moments later Eoin Kenneally (B) appeared to be through on goal, but  Ciarán Ryan got in a vital flick to deny the attacker.

Diarmuid O’Brien pushed the Rower into a lead they were never to surrender when he picked up a loose clearance from Conor Reid and pointed after four minutes. David Kelly got the next four points.

His first was from a 65 and  then two frees following  fouls on the impressive Ritchie Leahy. The fourth point was the pick of the bunch when he fired over from 65 metres  after being picked out by Tom Doyle (0-6 to 0-1).

Adrian Mullen (S) stemmed the flow when he scored a free. The Rower replied immediately from the puck-out when Pat Lyng and David Kelly combined to release Ritchie Leahy, who pointed (0-7 to 0-2).

Patrick Mullen (S) replied  before  Ritchie Leahy got on to a break and left three players in his wake before slotting over (0-8 to 0-3) after 16 minutes.

Jim Ryan (RI), who  fielded lots of  high ball, gathered another before transferring  to Cathal Bolger, who  shot over.

Adrian Mullen (S) pointed two frees within a minute after fouls on Ronan Corcoran and Joey Cuddihy to cut the deficit to  0-9 to 0-5.

Jim Ryan, who was  a thorn in Ballyhale’s side, caught a great ball and fired over.

In the 24th minute, Darren Mullen (S) won a ball and shot low only to be denied by a great save from Paddy Lyng in the Rower goal.

Adrian Mullen picked up the resulting loose clearance and was fouled. He duly slotted over, 0-10 to 0-6.

Cathal Bolger (RI) pointed his second of the half from 35 metres  before Adrian Mullen replied with a free on 30 minutes, 0-12 to 0-8.

Pat Lyng (RI) landed a great point from 50 metres  after he won a ball from  a ruck of players.

David Kelly extended the lead to six when he pointed a free after he was fouled, leaving the score 0-14 to 0-8 at half time.

Ballyhale needed a good  start to the new half, and  they got it. Darren Mullen  gathered a ball before  finishing  to the net on 31 minutes, 0-14 to 1-8.

The Rower’s lead was down to two points within  minutes when Adrian Mullen scored a great point from the right wing, 0-14 to 1-9.

However, Ballyhale’s momentum was halted when  they had a player  dismissed in the 33rd minute on a  second yellow card offence.

To compound Ballyhale’s misery, David Kelly pointed the resulting free, 0-15 to 1-09. Jim Murphy raced down the left wing and found Cathal Bolger, who slotted over to extend Rower’s lead to 0-16 to 1-9.

Ballyhale cut the deficit  to  the minimum  after 45 minutes after  they landed the next three  points. Ronan Corcoran’s fine point from 50 metres was sandwiched between two Adrian Mullen frees.

Pat Lyng was instrumental in the next score when he worked hard to win a ball before transferring to Ciarán Ryan, who found David Kelly free. The latter pointed.

Adrian Mullen reduced the Rower's lead to one with  eight  minutes from the end when he landed   a pair of frees.

The dynamic ball carrying Joey Cuddihy was fouled for the first before a foul on Conor Phelan was moved up for dissent.

Ritchie Leahy showed great composure to  pick out Jack Walsh with a cross-field pass, and he was dragged to the ground. The unerring David Kelly pointed ( 0-20 to 1-14).

Ritchie Leahy  showed his ball winning ability when he caught a great ball and picked out David Kelly, who fired over the insurance point on 60 minutes.

Adrian Mullen concluded the scoring on 61 minutes from a 45 metre free.

Ballyhale’s misery was compounded when one of their players was shown a straight red card in the 65th minute.

Special  mention has to be made of  Adrian Mullen and David Kelly for their expert free taking. Between them they  scored 19 points from placed balls (16 frees and 3 65s) in  immaculate displays of free taking.