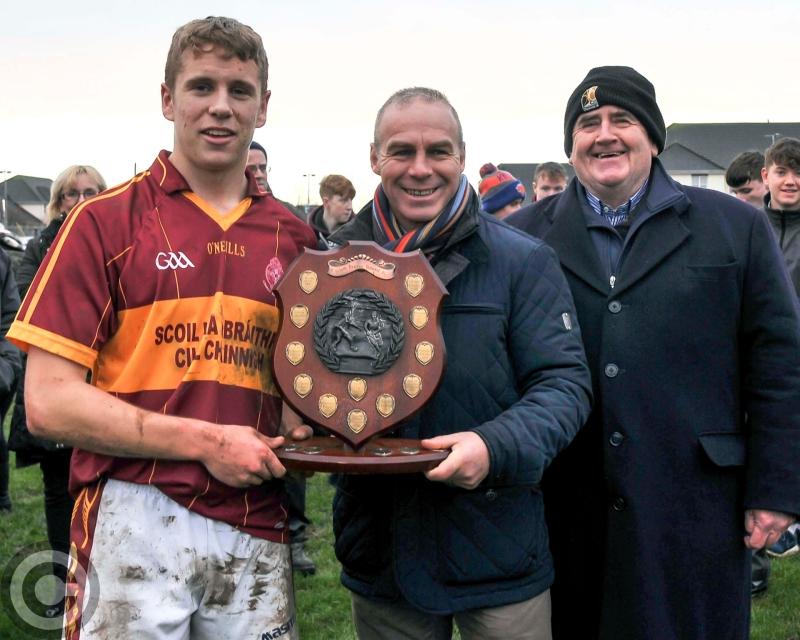 Adapting to the conditions at just the right time helped CBS Kilkenny dethrone an old foe and lift the Leinster League title.

Getting to grips with the elements was no easy thing - the players slipped and slid around a rain-sodden John’s Park - but the boys from James’s Street found their feet in style as they got the better of a tough St Kieran’s College side.

And how they took control of the game! Two second half goals, bagged in a short spell, did the trick for the CBS.

Already a point to the good (0-8 to 0-7) after a strong finish to the first half, they blasted their way well clear when captain Niall Brassil broke down the right wing and arrowed shot towards the posts.

Given the conditions the sliotar had become a little heavier - a fortunate factor for Brassil, as his shot dipped at the last minute and dropped into the back of the net.

For a split-second it seemed the sliotar had hit the frame of the goal, but the eagle-eyed umpires spotted it had hit a stanchion and come back out.

A Kieran’s 65, converted by their captain Adrian Mullen, took some of the sting out of the goal, but it wasn’t long before the Saints were hurting again.

There was nothing fortunate about the second CBS goal, which sent the confidence of the challengers skyrocketing.

Conor Drennan started the attack, drilling a sideline cut diagonally from the left wing to the right. Brassil followed the flight of the ball, dashing out to the right and picking up possession before firing it back into an inviting space.

The real sting came right after. Ronan Buckley had watched play develop and, sprinting from his half-back role, charged in to snap up the sliotar as it broke into the centre. He made the move count too, powering an unstoppable shot beyond netminder James Bergin. 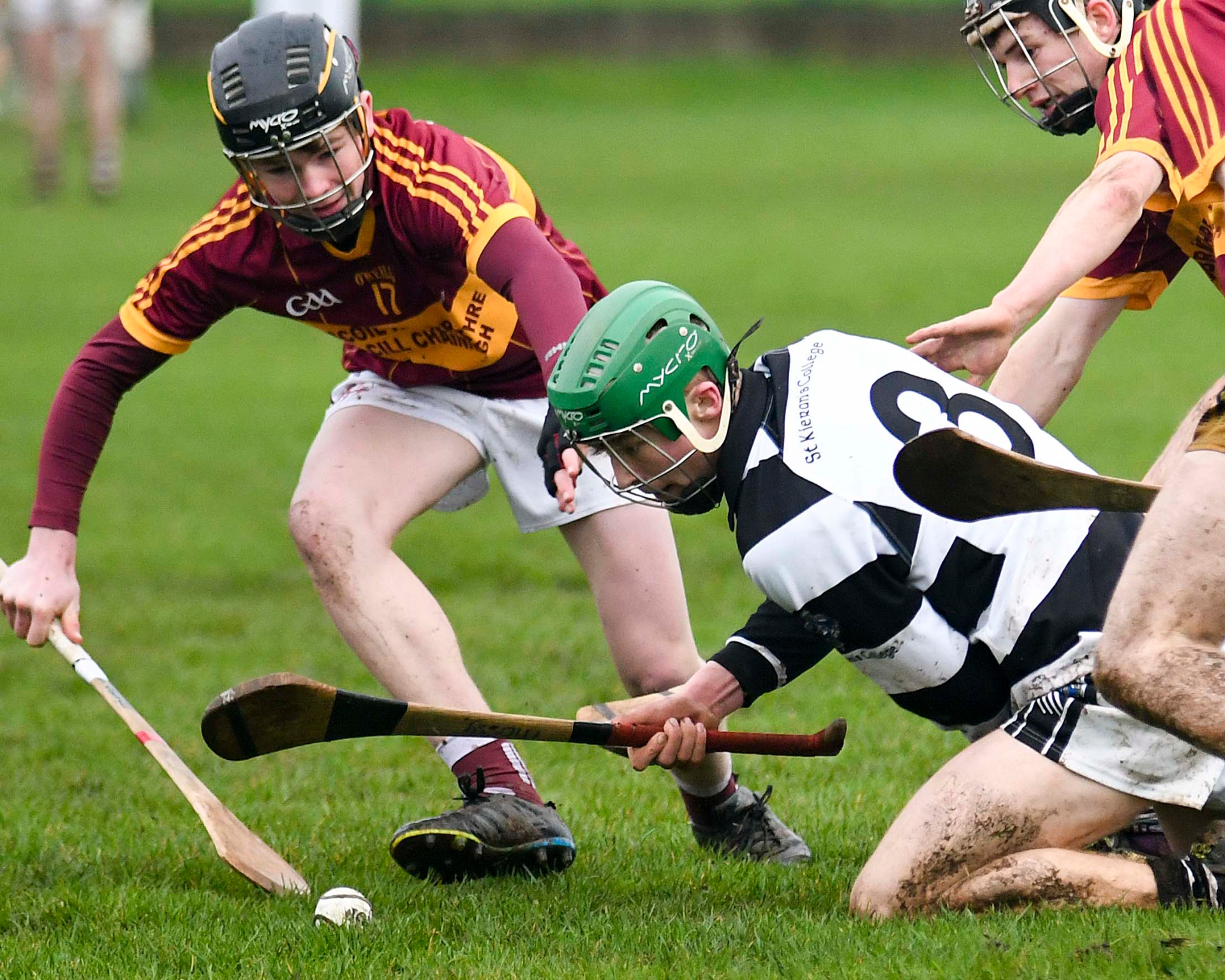 The two-goal salvo was just what the CBS - and the game - needed. Seriously heavy rain all morning made for a difficult day for both teams, the pitch churning up under their feet and leaving them grasping for traction at times.

With both sides adopting an understandably cautious approach the game began with something of a tit for tat scoring pattern. Adrian Mullen (2) and Diarmuid Phelan did the damage for Kieran’s; Mullen’s first point was something else, a fine fifth minute effort from the tightest of angles out on the left wing.

The CBS were right there with them, Sean Bolger (2) and Conor Drennan shooting points to keep things all square after nine minutes.

The big problem for the CBS was how to cope with the physical threat Mullen possessed. Although he started at full-forward he roamed throughout the attack, nipping in to link up in moves which saw him add three more scores to his tally, two via frees as the CBS backs struggled to get to grips with the wave of attacks coming their way.

The CBS shored things up after that, putting in a strong performance late in the half which saw them turn things their way. With centre-back Jordan Molloy leading a defensive line they began to get on top of the middle third and hold on to more possession.

That, in turn, led to chances. Molloy started moves that ended with points for Drennan and Sean Boyd, the scores coming either side of Conor Heary’s fine individual 24th minute effort.

The momentum was with the CBS at this stage and they continued to use it wisely. They saved their best score of the half for last, Ronan Buckley splitting the Nowlan Park end posts but only after the CBS had worked the ball around, Molloy, Bolger, Michael Doyle and Treveine Wallace all playing their part as they searched for a shooting chance.

That 30th minute point proved enough to tip the CBS into the lead (0-8 to 0-7). Hurried shooting (which led to seven wides) meant they were just one point clear - would it prove costly?

Given the start the CBS made to the second half, the answer to that question was a resounding no!

Kieran’s were rattled by the two goals the CBS plundered, but did recover and raise their game. With Adrian Mullen now in midfield, where he had a greater influence, he helped cut the gap to four points (2-8 to 0-10), converting a free before setting up Eoghan Moylan for another.

Two more followed soon after, Killian Egan finding space to strike before another Mullen free made it a three-point game with seven minutes to play (2-9 to 0-12). It looked like a comeback was on the cards, but the CBS were determined not to let their lead slip. 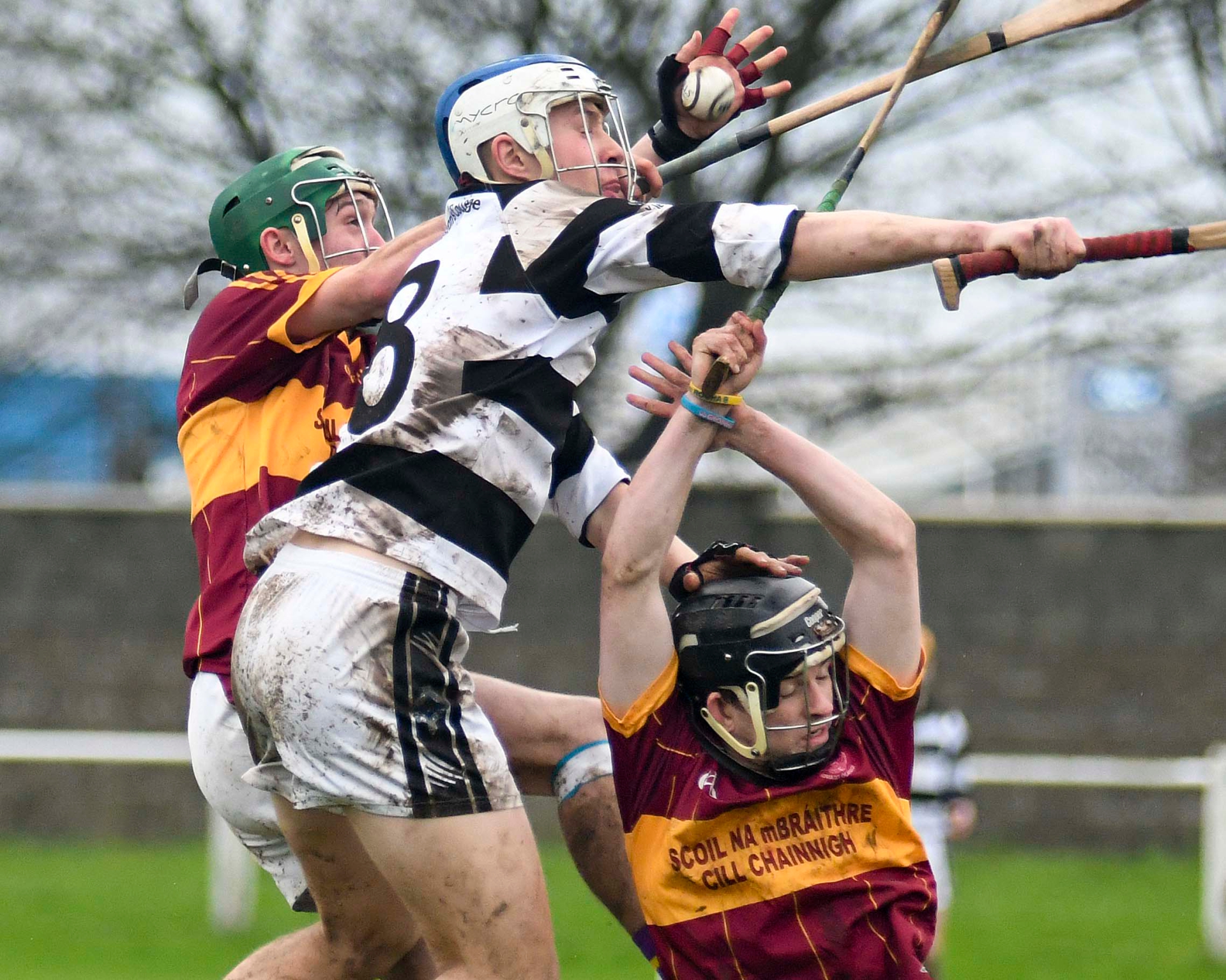 They were a little over-defensive at times, something which allowed Kieran’s to dominate territory, but when they stepped up they lifted the siege.

Conor Drennan helped, gathering Niall Brassil’s pass and turning it into a point, while goalkeeper Ben Maher relieved some more nerves when he converted a 57th minute free from his own 65m line.

Kieran’s were determined not to give up their title without a fight. Even after Niall Brassil’s excellent long range point left them five behind with little over 60 seconds of normal time left they ploughed on. Sub Padraic Mullen proved as much, rushing in to flash the ball to the net after Michael Carey’s shot was saved.

That left two points between the sides, but the CBS would not be caught.