All the news from Kilkenny golf club 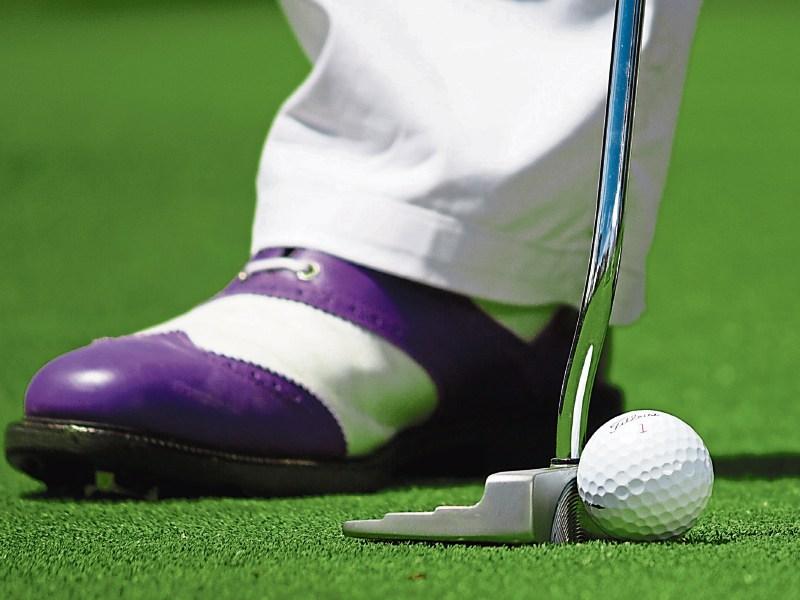 Kilkenny golf club members, Luke Donnelly and Mark Power are in Spain this week, playing in the Copa da Andalucia at The Guadalmina Golf Club.

In round 1 on Monday Luke scored the best  of the Irish with a two under par 70 to finish in 8th place. Mark shot 71 for tied 10th.

Mark looked in trouble after a front nine 41, but he blitzed the back nine with four birdies and an eagle to be home in 30 shots.

This is a four round event, with the cut coming after round three. The final round will be played on Thursday.

ANNUAL MEETING: On Thursday, January 12, the joint club annual meeting  will be held in the clubhpouse (7.15pm).

All fully paid up ladies and gents  members for 2016 are entitled to attend.

COMPETITION RULES: The men’s Club Committee has implemented a new club bye-law for all of this year’s (2017) qualifying club singles competitions.

This is due to the consistently large volumes of no returns for singles competitions which is having an adverse effect on  competition standard scratch and may in turn effect all handicaps.

All cards in club singles competitions, complete or not, must be returned in the designated score card box after being entered on the computer.

GUI SCHEDULE: The schedule for the GUI inter-club competitions for 2017 has been released and is now available for viewing in the entrance to the gent's locker room.

COURSE NEWS: A timely reminder to all golfers - repair pitch marks immediately on entering the green. So far this year too many marks arer being left by some golfers.

SOCIAL ACTIVITIES: As the snooker doubles tournament has  reached the semi-final stage, entries for the singles are now being taken.

The entry sheet is on the notice board. The cost of entry is €6, payable before playing the first match.

The draw will be made on January 18. Players will be allocated a handicap in line with their ability.

The defending champion is Brendan Wall .

BRIDGE: Bridge recommenced on Monday evening after the Christmas recess and will continue each Monday at 7.30pm.

Seniors should note that the next competition will be played on  Thursday. The draw closes at 11.15am.

The seniors AGM will be held on Thursday  after golf.

In the event of ‘no play’ the AGM will be deferred to the following Thursday.

In association with Killester Travel, he has organised a week long golfing trip to Spain in  May.

The holiday to Cadiz includes return flights to Seville, with luggage allowance of 15kg and  golf clubs. Full board (breakfast, lunch and dinner) and all drinks also included as well as all taxes and transfers. No hidden extras.

There will be three rounds of golf at two Seve Ballesteros designed courses, with buggies included.

Members will be staying at the Iberostar Royal Andalus Hotel, located on the beach.

Members wishing to partake in the above holiday should give their name to the Pro Shop, along with a deposit to secure a place by the end of January.

The senior ladies annual meeting was held after golf and over  30 attended.

Members heard  out-going Lady Captain, Kathleen Gaffney, thank the committee and members for their help in making her year in office successful and enjoyable.

Kathleen invited Greta Nicholson to be the new Captain for 2017.

Greta proposed Joan Mannion as her vice-Captain, Mary Ryan as secretary and Teresa Brandon as treasurer.

The next senior ladies’ golf outing is on Thursday. The draw will be made  at 9.30am for immediate tee off.