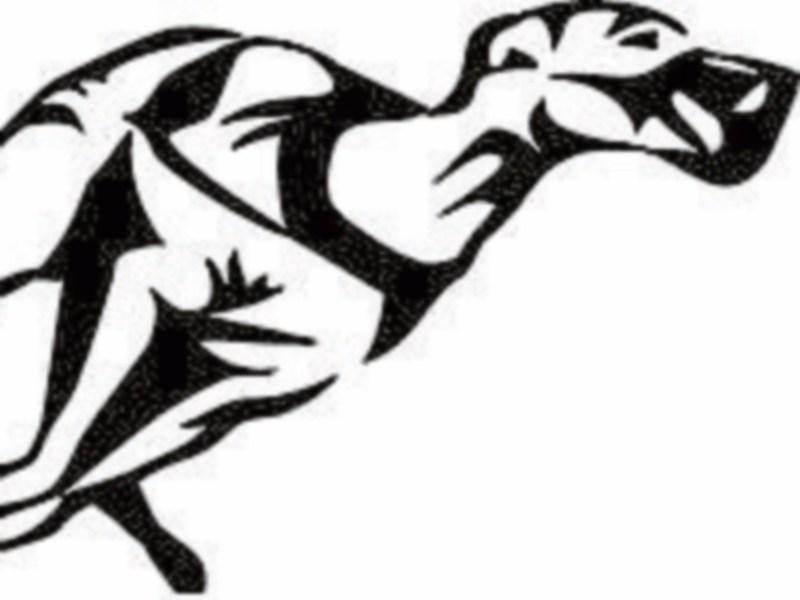 Racing for 2017 at Kilkenny greyhound track got underway on Friday night with a nine race graded card.

There were a number of standout performances, including the run of Ballybough Dad in the night’s finale.

Karlow Crean was sent off as odds on favourite, but Ballybough Dad also had his supporters.

The roars went up as Karlow Crean started fast from trap 6. He led up and around the first bend.

However, Ballybough Dad tracked the leader into the bend and sat just two lengths off Karlow Crean going down the back stretch.

Ballybough Dad opened up down the far side and blasted by Karlow Crean.

The impressive son of Ballymac Vic and High St Miley careered away to defeat Karlow Crean by four lengths.

Trained by Murt Leahy for Pat Carroll, Ballybough Dad stopped the clock in a very fine 29.12.

The fastest time of the night was recorded by Kilara Neptune, while there were good wins  for Bubba Jet and Mikeys Picture.

The first race of the year was a sprint. Rathsilla Messi started fast and led the field early doors.

The second race saw five pups and one race dog go to traps.

Dutch Dream and Edermine Pat went to the bend together. As they went on down the far side, Dutch Dream was shading it by a length.

The duo were locked together again around the third. As the front two kept each other company, the only race dog in the field, Hillview Honey slipped up the inner.

Trained by Brian Ellard, Hillview Honey stayed on to defeat Edermine Pat by two and a half lengths in 30.17.

The fastest time of the night was posted by Kilara Neptune in the third race.

Cill Dubh Diesel finished as runner-up but this race belonged to the runaway winner Kilara Neptune. The winning distance was eight and a half lengths  in 29.08.

Kilara Surue popped out and set the early fractions in the a6 contest.

Kilara Surue came again up the home straight but it was not enough as Butchersdaughter just held on by a half a length in 30.01.

The fifth race was level early before Code Rouge asserted to get the bend.

Code Rouge ran the bends well to slip three lengths clear of Pops Policy going down the back stretch.

Pops Policy flew down the far side and made his move on the inner at the third turn. Code Rouge went on again but Pops Policy was not finished.

Finished With A Flourish

Pops Policy finished with a flourish and crossed the line in company with Code Rouge. The judge was required and the verdict went to Code Rouge by a head in 29.78.

Bubba jet was the trap to line winner of the a4 sixth race.

After popping out of trap 2, Bubba Jet got the bend in front of Condor Max.

The pace setter took control of the race between the bends as he slipped four lengths clear into the back straight.

Bubba Jet extended his lead to five lengths turning for home and though Condor Max ran on late, Bubba Jet remained in control.

Bubba Jet crossed the line ahead of Condor Max for a two length success in a smart 29.45.

Trumera Wood came out running in the seventh race and simply flew to the first bend.

After leading around the opening two bends, Trumera Wood sat two lengths clear of Foulkscourt Rose going down the far side.

Foulkscourt Rose closed up and looked to be getting by on the inner around the third turn. However, Foulkscourt Rose never got through and this enabled Trumera Wood to go clear again.

Trumera Wood held a resurgent Foulkscourt Rose by a neck in 29.58.

There was a real battle for the early lead in the penultimate contest with Hey Cracker, Cill Dubh Lester and Mikeys Picture to the fore.

Mikeys Picture went on to share the lead with Cill Dubh Lester at the second bend.

Approaching the third turn Mikeys Picture edged into a length lead and then saw it out to get the better of the persistent Cill Dubh Lester by three and a half lengths in 29.48.