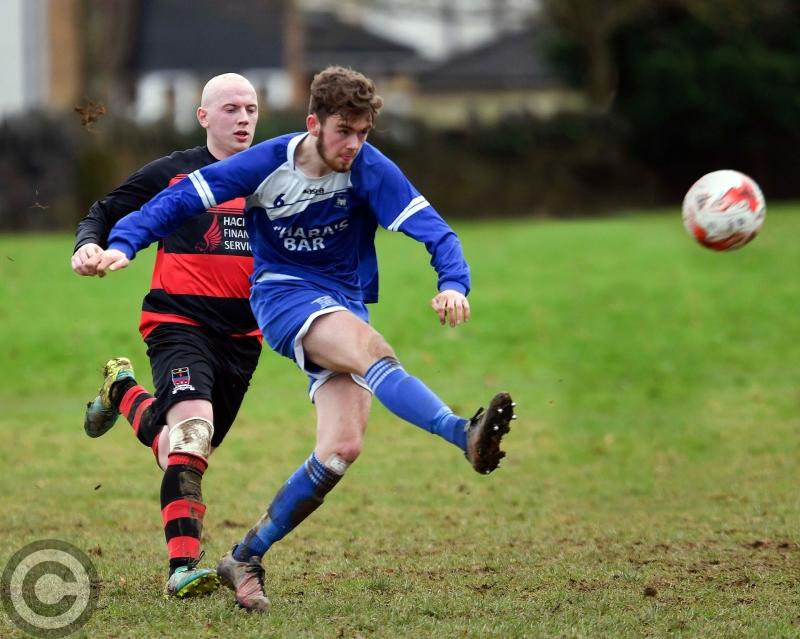 The ability to withstand strong pressure paid off as Thomastown United marched their way to three hard-fought Premier Division points.

The 2015 Premier Division champions had it tough, but rode out the storm as they broke Callan United’s resistance with a powerful strike either side of half-time. Sean Brennan and Steven Connolly did the damage, grabbing the goals that went a long way towards settling an entertaining tussle.

Forget about how the table looks for a second – United had to work hard, and constantly, to get the better of a dogged Callan United A at the Fair Green on Sunday morning.

The hosts delivered a performance which belittled their spot at the foot of the table (they had picked up just one point from their previous six games) but, crucially, they couldn’t find the goal they needed to make the breakthrough.

Callan started at a flying pace, playing a high line as they forced Thomastown to play with a defensive mindset. They pushed hard for a quick goal, going close with two chances inside the opening five minutes.

Brian Doheny tried his luck with a dipping fourth minute volley that flashed over the bar. Sixty seconds later, a great one-two between Alan Costigan and Mark Laffin played Eoghan Fahy through on goal, but netminder Aidan Hynes raced from his line to smother the ball.

Most the play was in front of Thomastown’s goal, but they resisted the pressure, playing their way out of trouble with cool and confident passing.

Gradually, they began to turn defensive play into strong attacks of their own. Mick O’Neill went close with an 11th minute strike that curled beyond the far post, while goalkeeper Owen Wall had to sprint out to dive at Paul Dempsey’s feet after the full-back had been played through on goal.

Wall was at it again soon after, denying Thomastown with a stunning save.

The visitors grabbed a chance on 21 minutes by going the ‘route one’ option, Nathan Sherry clipping a shot after a booming Aidan Hynes kick-out broke his way.

The initial effort was blocked, but it seemed Steven Connolly would break the deadlock when he pounced on the rebound and lashed it towards the top right corner – somehow Wall got up with a strong left hand to push the ball to safety. 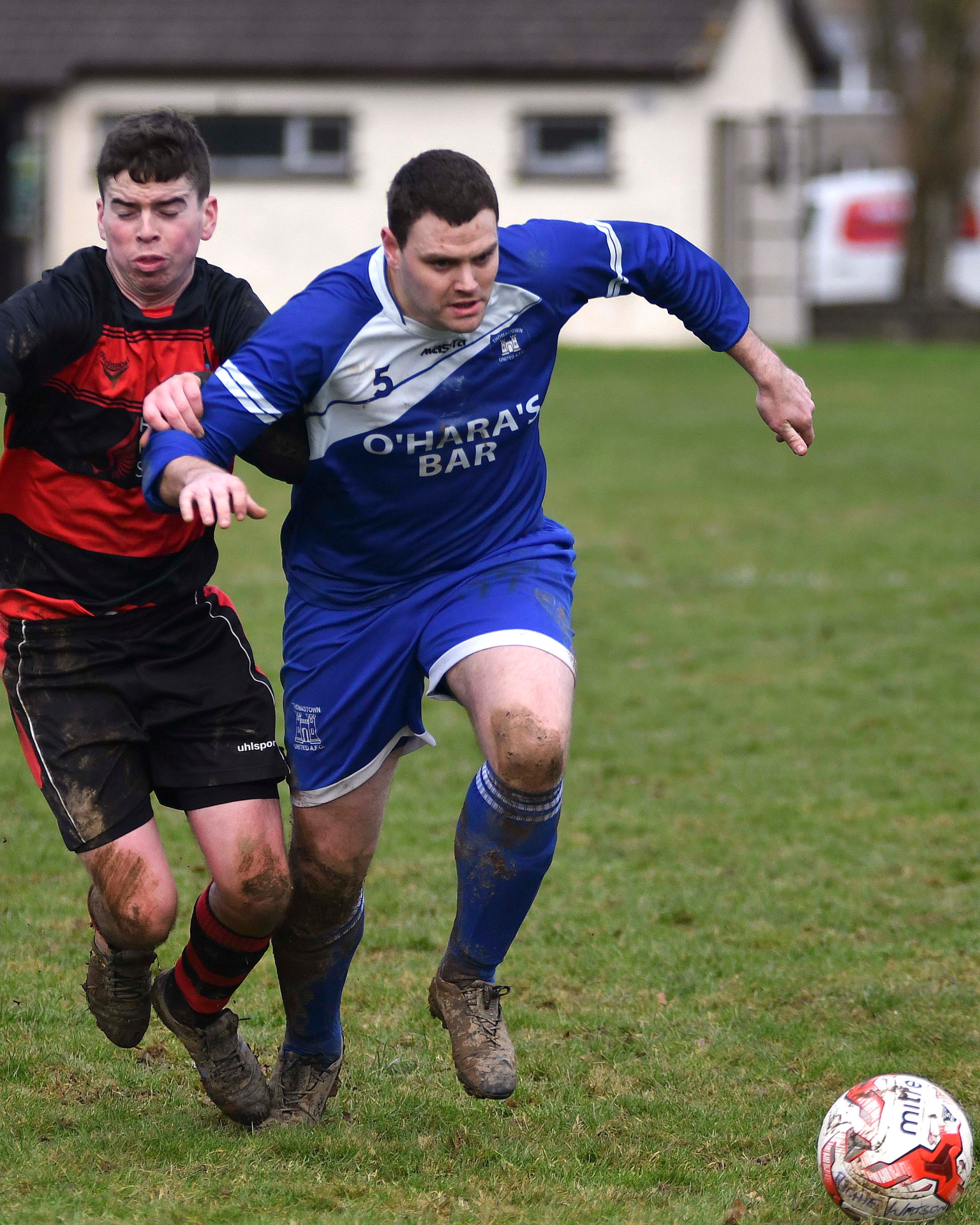 Play swung back in Callan’s favour after that, but the goal they craved wouldn’t come. Ian McLoughlin had a chance when Paddy Kennedy’s 22nd minute pass picked him out in space on left but, although he curled a shot beyond Hynes the ball finished wide of the far post.

Hynes was involved again just a few minutes later. This time McLoughlin dropped deep to provide the opening, threading a great through ball for Eoghan Fahy to race on to, but the ’keeper stayed big to make a vital block.

At that stage it seemed like Callan were on the cusp of getting the goal they craved, but they were left floored as Thomastown stole in front on the half hour.

Pushing up from defence C.J. Browne drove United on, delivering a cross Connolly flicked on to the waiting Sean Brennan. He stayed cool, drawing Wall into diving for the ball before rounding the netminder and slotting it into the net.

Callan were stung by that goal, but still held hopes they could force their way back into the game. Those hopes took a real battering within five minutes of the restart, as United moved quickly to double their lead.

Just as Callan were beginning to get back into the game, they were caught by a swift Thomastown attack. Mick O’Neill’s cross from the left was flicked on by Steven Connolly to Nathan Sherry, who stormed in at the back post to turn the ball back into Connolly’s path for a simple tap-in.

Callan were down, but they weren’t out of the game by any stretch. Fighting on they were given a lifeline with a 65th minute penalty, awarded after Mark Laffin was upended in the box. Dylan Dunphy took the spot-kick and made no mistake, drilling his effort into the right of the net.

The comeback, however, proved to be short-lived. Within minutes Thomastown restored their two-goal advantage, and in some style. Mick O’Neill hit Callan with a hammer blow when he stood over a free-kick on the edge of the box and curled a sweet strike past a four-man wall and beyond Owen Wall’s reach.

Thomastown pushed on in the final quarter and made the game safe just 10 minutes later. Their fourth and final strike showed another element of their game as they used their wit to hit the target again.

Awarded a free out on the left, Thomastown shaped as if to float the ball into the box. Callan defended accordingly, dropping into the box to pick up players. They were caught on the hop, as C.J. Browne rolled the ball across the face of the box for Nathan Sherry to run on to and ram into the top right corner.

Callan didn’t give up, pulling another goal back late on when Ian McLoughlin jinked round Hynes to net a smart finish, but chances of a comeback were beyond their reach by then.