The lure of Croker has hungry Mooncoin champing at the bit 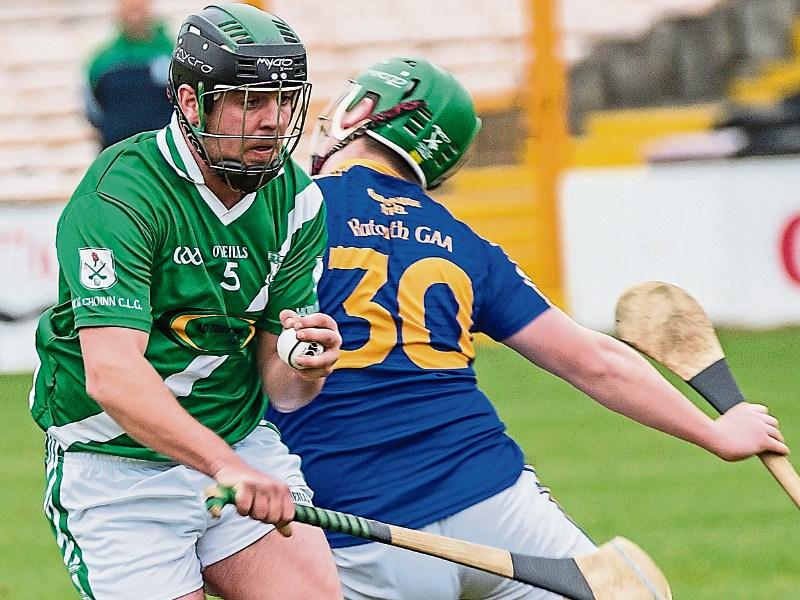 Kilkenny and Leinster champions, Mooncoin, one of the most famous GAA clubs in the country, are bursting for the opportunity to try and win a place in Croke Park.

The South Kilkenny outfit face Lamh Dhearg (Antrim) in the All-Ireland club junior hurling semi-final in Trim (Meath) on Sunday, with the massive prize for the winners of a place in the Croke Park final on Saturday, February 18.

“It is a huge prize to get a chance to play in Croke Park,” insisted Mooncoin manager, Joe Murphy, who with fellow selectors James Grace and Jimmy Holden is driving  the return to better things for the sleeping giant.

“The lads are ready,” he assured. “They are exactly where we want them to be.

“There certainly won't be any excuses afterwards.”

The decks have been cleared, and after a relaxed yet disciplined run over the Christmas and New Year holidays, the concentrate is 100% on the All-Ireland series.

Mooncoin, winners of 12  Kilkenny senior titles with the last being registered in 1965, slipped down the pecking order and now the big climb back up from the junior division has gained serious momentum.

“We are where we want to be in terms of the championship,” insisted proud clubman Joe. “There is a huge buzz around, absolutely magic.”

The community was in shock at the weekend when Brenda Holden, Jimmy Holden’s 52-year-old sister, died unexpectedly. Their father, William, was on the Mooncoin team that beat Coon in the junior hurling final of 1961.

The outpouring of emotion showed the close bond between club and community.

“That set us all back a little bit, but at the same gave us a real touch of reality,” Joe suggested.

The news from the Mooncoin camp is that everyone is fit and ready to go. As the manager said, they have 38 players on the panel, and 38 will be eager to face Lamh Dhearg.

Mooncoin played a few challenge matches since the Leinster final in December, and management were satisfied they could see the intensity in the players rising, rising, rising.

“They are in good shape,” Joe assured. “The fact the weather was so good over the holiday period meant we could go out and play a bit of hurling.”

He admitted they didn’t know an awful lot about Lamh Dhearg, but Mooncoin’s No. 1 priority was to get their own game right. A few club officials travelled to Trim - a fantastic venue, they insisted - last week to watch Lamh Dhearg play a challenge match, and they were impressed by what they saw.

“They are a big, strong physical team,” was the verdict. “They won’t give us anything soft. Getting to the All-Ireland final is their top priority too.

“We have been following them whenever and wherever we can. They are not in this for the fun. They mean business. They have some fine hurlers.”

Mooncoin will impress on their  players the huge opportunity  that lies ahead.

“For the average club  player, something like this is a once in a lifetime chance,” the manager continued. “I know you can look at Bennettsbridge and see they got to Croke Park in successive years, but that will happen for very, very few clubs.

“For the general run of lads, you would be lucky to get the chance once. That is the way our lads are looking at it.

“It is hard to drill that into the younger players, but we have enough lads well in their late twenties and thirties and they know this is their chance.”

The manager said  he has  seen the squad improve all the time since the county final. Everyone was telling them they played well in the county final against John Lockes (Callan).

“We played well alright,” Joe said of that dominant performance. “Anything we did we got right, but I can definitely see the players improving. We are in a good place, and we are looking forward to the challenge of the Kilkenny intermediate league/championship later in the season.

“I can see us steadily improving; the young lads getting stronger; getting a bit more clever. The chance to play in Croke Park in the final is  huge, absolutely huge.  The opportunity is there, and we have got to grasp it.”