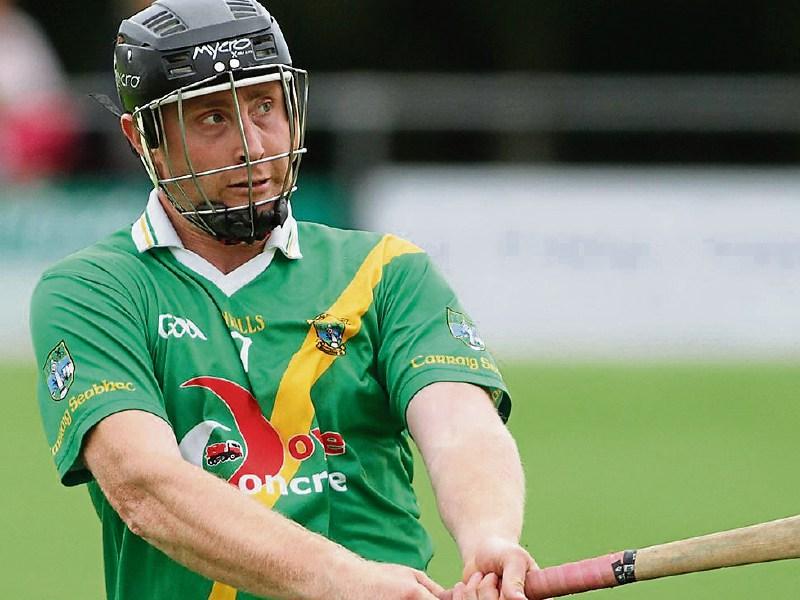 Two Kilkenny clubs  have All-Ireland glory on their mind on what could be a black and amber day at GAA headquarters.

If it comes to pass the  big double date would be on Saturday, February 18 when two of the most famous outfits in the country, Carrickshock and Mooncoin, could be contesting club finals.

However, both face tricky All-Ireland semi-finals this weekend against opposition from Antrim and London.

First into action in O’Moore Park, Portlaoise tomorrow (Sunday) will be Carrickshock in the  intermediate club All-Ireland semi-final against Robert Emmets (London).

“Everything is geared towards victory,” suggested Carrickshock manager, Tommy Shefflin.

The ’Shock have a few players nursing minors knocks, but all should be ready to go on Sunday.

“This is the chance of a lifetime for a club player to get to lineout  in Croke Park. Our players want it badly,” assured Mooncoin manager, Joe Murphy.

They have no injury problems.

The pair are hoping to follow in the footsteps of Bennettsbridge (intermediate) and Glenmore (junior) who won the corresponding titles last season.

Kilkenny clubs have dominated these championships since they were introduced to the calendar in 2005.

The county has won seven of the intermediate All-Irelands, while junior clubs took the title five times.

“Doing well in the club All-Ireland championship can be a great help preparing for the upcoming local  league/championship,” insisted Mr Shefflin, whose side will rejoin the senior ranks this season after being relegated in 2015.

Richie Power, whose inter-county career was wrecked by a knee injury in 2016, could be a surprise starter for Carrickshock.

He has been used sparingly as a sub during the Leinster championship, but in recent weeks he got through an hour in a challenge game.

“He is inspiring the effort he is putting in,” Mr Shefflin said.

“It would have been easy for him to walk away from the game because of the injury, but he couldn’t. He just loves hurling and Carrickshock too much.”

Mooncoin, 12 times  winners  of the premier title in Kilkenny, are climbing  back after years in the doldrums.

“This is huge for us,” Mr Murphy insisted.