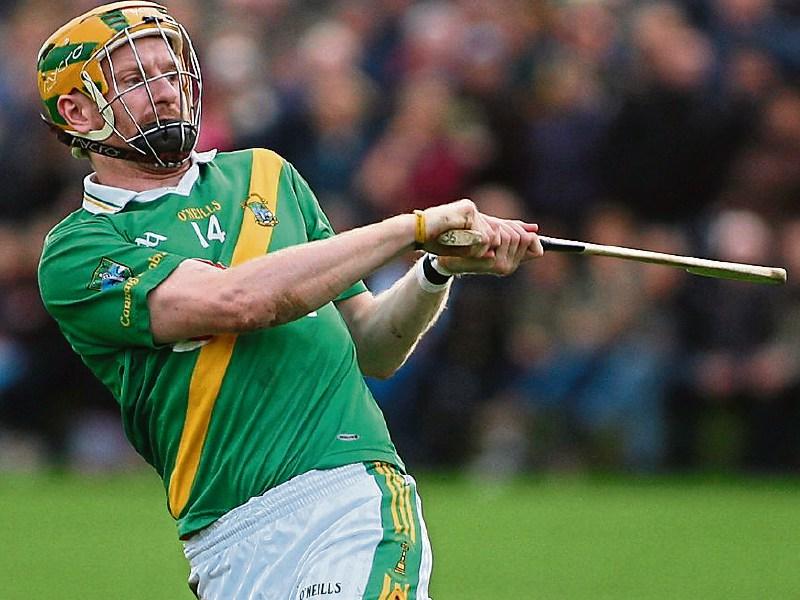 Richie Power - started his first game in ages for Carrickshock

Kilkenny champions, Carrickshock, did the business in style and booked a place in the All-Ireland club intermediate hurling final in Croke Park on Saturday, February 18.

They beat Robert Emmetts (London) today in a semi-final in Portlaois that ran one way, and then the other. Really the game was over at half-time when the winners led by 0-13 to 0-1.

By that stage 'Emmetts had been reduced to 13 players, although the game was far from ugly or the exchanges robust. During the second half the losers enjoyed much more favour from the referee, and were awarded a handsome 11 frees, far more than the opposition.

Carrickshock, who had eight times senior All-Ireland medal winner, Richie Power in their starting side for the first time in ages, took charge of affairs from the off. Before five minutes had passed Power and Kevin Farrell at the double from frees had registered points.

On they roared with Farrell registering five times from frees before the break to get 12 points clear by the rest (0-13 to 0-1).

Robert Emmetts had the opening point of the second half from a free by Eoin Chawke, but the 'Shock hit back smartly at the double through Damien Walsh, who would have goaled with his first effort were it not for the brilliance of goalie Sean Ryan,.

A third point from sub Darragh Brennan pushed the winners 0-16 to 0-2 clear, and although Chawke continued to register from frees for the losers, they never looked like saving the day.

The 'Emmetts goal form Cathal Kehoe arrived eight minutes from the end (0-18 to 1-7).

In the second semi-final, CLG Ath Eascrach/Fothaine beat Lismore by 1-17 to 0-13.

Carrickshock will be joined on that Croke Park bill on February 18 by their near neighbours, Mooncoin, who won their junior club All-Ireland semi-final today against Lamh Dhearg (Antrim) by 5-11 to 0-8. They face Mayfield, who beat Calry/St Joseph's today (1-14 to 1-7) in the final.