Close call but St Kieran's get through to semis 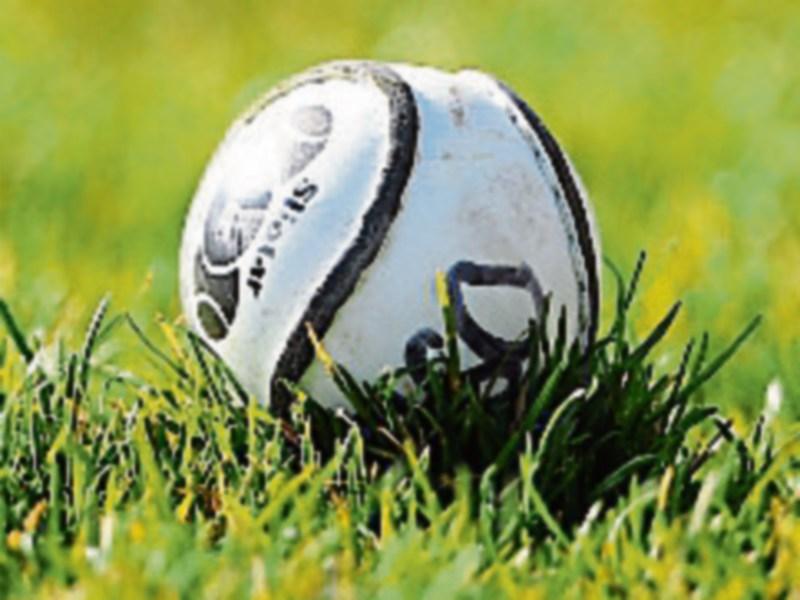 It was a tentative start more than anything, but the senior hurlers from St Kieran’s College learned a valuable lesson as they opened the defence of their Leinster and All-Ireland titles with a hard-earned victory: hold your nerve, and you can win out.

The message was the same from the mentors as they brought their team through the post-match stretching session on the energy-sapping surface at Dr Cullen Park on Saturday afternoon.

“You will have learned a lot from this game for the next day” was the general tone from Tom Hogan, Philip and Michael Walsh as the Saints reflected on a narrow win over a spirited Borris Vocational School.

The fact the sides were almost neck and neck at the end wasn’t a surprise (Borris pushed Kieran’s to within a point in last year’s quarter-final, a 1-10 to 1-9 win for the Saints). It was almost as if the Kilkenny side were expecting a similarly close game this time round, so kept something in reserve for the closing stages.

They needed it too. The long-time leaders saw their comfortable advantage almost get reduced to nothing when livewire Jack Kelly’s looping 60th minute shot dropped at the very last second and dipped under the Kieran’s crossbar at the back post.

All of a shot, Borris went from four points down to a single point behind their rivals (0-13 to 1-9). The blood was up in the Carlow side, who scented a comeback was on the cards.

However, this was where the Kieran’s composure shone through.

When the squeeze was on them, the Kilkenny school raised their game. Full-back Mikey Carey and centre-back Martin Keoghan led their lines and repelled the Borris attacks, getting the ball towards their own collection of troublesome forwards.

The game was on a knife-edge, but Kieran’s had a chance to make things safe when they won a free deep into stoppage time. In truth, it looked more like a 50/50 as Jessie Roberts collided with Borris sub Donal Jordan, but the Saints made full use of the good fortune.

The pressure was on, but Adrian Mullen shrugged it off, splitting the posts with ease to break the Borris resolve and earn his side a place in the semi-finals.

Mullen was just as influential throughout the game, having a major say in the first half scoring. Played on a sticky pitch, the low-scoring game hung on the form of free-takers. Kieran’s didn’t need to worry - Mullen’s accuracy from placed balls saw him tack on five pointed frees in the first half.

The bulk of Mullen’s scores came in the opening 20 minutes, as Kieran’s held Borris at bay. The Carlow school took some time to get into the game, only finding form when they dropped their half-forward line out to midfield in an effort to squeeze more possession towards the College posts.

As time wore on they began to find their groove, helped by two quick points from impressive Barrow Rangers player Jack Kelly as they closed to within a point (0-4 to 0-3). They had a half-chance for a goal late on, as Dan Sheehan tried to lift a close-range shot over netminder Dean Mason, but the Kieran’s ’keeper raced along his line to bat the ball clear at the back post.

An extra reserve of energy saw Kieran’s increase their lead in injury-time. Another Mullen free, his fourth of the half, was swiftly followed by their first point from play, Mullen tapping a quick free to the unmarked Evan Shefflin, who dashed up the right flank to split the posts (0-6 to 0-3).

Kieran’s cut a quicker dash in the second half, opening well with a flurry of points to stretch their grip on the game. Mullen converted an early 65, but only after goalkeeper Paddy Malone flicked his point-blank shot away to safety. He added a free on 37 minutes, then bagged one from play after Eoghan Moylan had picked off a Borris puck-out for his first score of the afternoon (0-11 to 0-4).

At that stage it looked like a matter of how much Kieran’s wanted to win by, but Borris weren’t finished. Led by the industrious Kelly they clawed their way back into the game, outscoring their rivals by five points to one in seven minutes to change the scoreboard’s complexion.

The Paulstown player was a real threat, firing over three frees before adding a fine solo point from play.

Kieran’s replied with another Moylan point, moving two clear again. The real drama was still to come, but the champs stayed composed to hold on to their crowns.