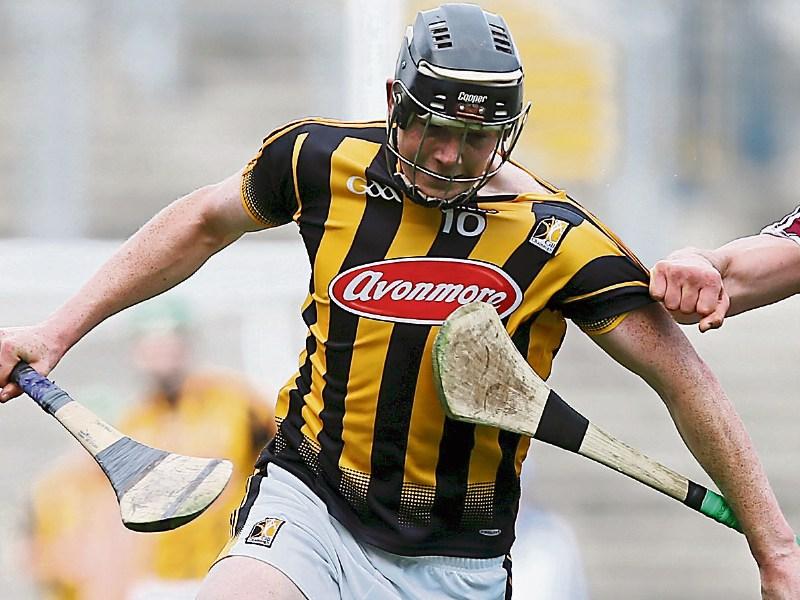 Hurling is more competitive than it ever was, and any number of counties have the potential to win the top honours, Kilkenny manager Brian Cody insisted.

Speaking on the eve of another National League campaign and tomorrow's clash with Waterford, the Kilkenny boss of nearly 20 years said he didn’t consider there was a pecking order, but the competition was fierce.

“The hurling world out there is hugely competitive,” he told us when Glanbia launched their 2017 sponsorship with Kilkenny GAA in Nowlan Park.

“I think there are more teams out there who are potential All-Ireland winners than has been for a while. Obviously, Tipperary are the stand out team and favourites as champions. That is understandable.

“The number of teams out there capable of beating all the other teams is greater than ever,” he added.

Following a sound beating by Tipperary in the All-Ireland final last year, and the subsequent loss of huge experience through the retirement of James Stephens pair, Jackie Tyrrell and Eoin Larkin, who won 17 All-Irelands between them, the mood in Kilkenny was that it could take the county a while to rebuild.

“We don’t proceed on the basis of what other people think,” Cody replied when the suggestion was put to him. “I would respect everyone’s opinion, and they are entitled to them.

“That is the way we will proceed. The challenge is there to get going for the year. We want to be competitive in the League first of all. The championship is out there. The League starts  Sunday, and the challenge is great.”

The challenge, he insisted, was to get a panel together with a terrific spirit, with terrific ambition to be really competitive.

“That is the challenge all the time, to be competitive,” he offered. “The All-Ireland final is not even on the radar. It is down the line completely.”

The pre-season Walsh Cup tournament went well for the Cats. They won it, and they were glad to do so because the competition gave some of the young players a glimpse of what the senior inter-county game was all about.

Next up come Waterford at Nowlan Park in the 'League in a repeat of the drawn All-Ireland semi-final from last season. Cody described the game as “a huge challenge”, and especially so as Michael and Colin Fennelly, Mark Kelly (hamstring) and Ger Aylward were definitely out of contention, while Walter Walsh (hamstring) was struggling.

“We will take things on and work throughout the year to try and get the best possible panel of players together that is available to us,” Cody continued.

“We played the All-Ireland final and we were beaten by a better team. That happens every year. One teams wins and one loses. That is what happened last year.

“That was last year. It is a question of going forward now; working through the process of the year; doing all the things that are required  for us to have the best possible panel available.”

So where were Kilkenny now?

He reminded that the county had lost players with experience. There was still some good experience in the panel, no doubt about that, and he and selectors Michael Dempsey, Derek Lyng and James McGarry brought in a number of promising youngsters.

“They came into the panel, and we will try and help develop them,” he said. “I would have massive belief in the players we have.

“I always have huge belief in the players, and I have it again this year.”

Rebuilding a team was nothing new, he suggested. Every year the team had to be rebuilt. It was an on-going process.

“It has been obvious over the years that no one is a guaranteed place.

“We try and keep things competitive. We tend to talk about our panel more than our team, as the team can change from game to game.”

So Division 1A of the League, which involves games against Waterford, Clare, Cork, Tipperary and Dublin in that order  was going to be a crucial proving ground for Kilkenny this season.

“The League is important every year, but it is very important this year, no doubt about that,” the manager assured. “It is important because we are not full of experienced players. It is a hugely competitive League.

“There is no team in Division 1A who could say ’we would definitely beat this or that team’.  All the teams are very strong, very, very good. It is a championship like League, if you like.”

When asked what he thought about the make-up of the League, in that it offered only five  games in the preliminary series, he said he didn’t think about things like that.

“The format of the League is  what is  in front of Kilkenny,” he said. “I can’t change that.”

Does winning the Walsh Cup make a difference?

“It helps the new lads,” he felt. “It gave them a bit of experience, a sense of what it is like to play at senior level.

“I am very well aware of the challenge that is out there. It is serious. We want to be first of all, before you even think about being successful, competitive. That is our challenge at the moment; to be competitive every day we go out.

“We will look for improvement in our panel, in our team the whole time.  You can never legislate for where you will go, or what will happen at the end of the day. But it is very, very important that you engage in the process of doing things properly.”

It appeared at the start of the League against Waterford last year that the Suirsiders were ahead in terms of preparations, something which the Kilkenny boss felt after the clash in Walsh Park.

What about this time?

“I don’t know what they have done,” he replied. “We have a decent bit of work done, a bit more than last year, I would think.

“We will be more aware of where we are after Sunday. The challenge is there and we have got to take it on.”