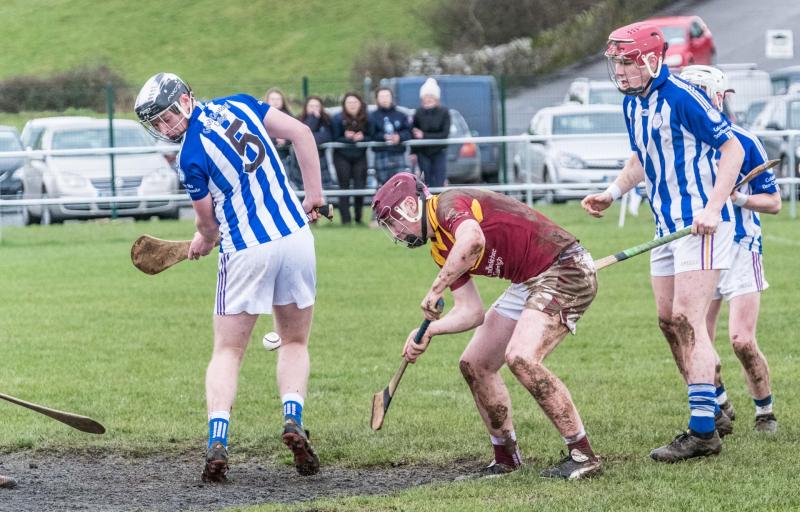 Sean Boyd (Kilkenny CBS) gets his shot away during the Leinster Schools SH A semi-final replay against Good Counsel. Photo: Pat Moore

A goal in either half gave Kilkenny CBS a senior hurling win, but they had to work hard to see off a dogged Good Counsel.

Conor Drennan's late strike proved to be the decisive score as the city side battled to victory in this rescheduled semi-final in Thomastown.

Both sides found the going tough in the difficult under-foot conditions but Counsel, led by free-taker Luke Sinnott, took control early on. Sinnott helped himself to five points in the first half (four from frees) but the Wexford school were hauled back when Sean Bolger pounced to boot the loose sliotar to the net in the 14th minute.

The CBS couldn't build on that goal though, with the sides going in all square (1-3 to 0-6) at the break. 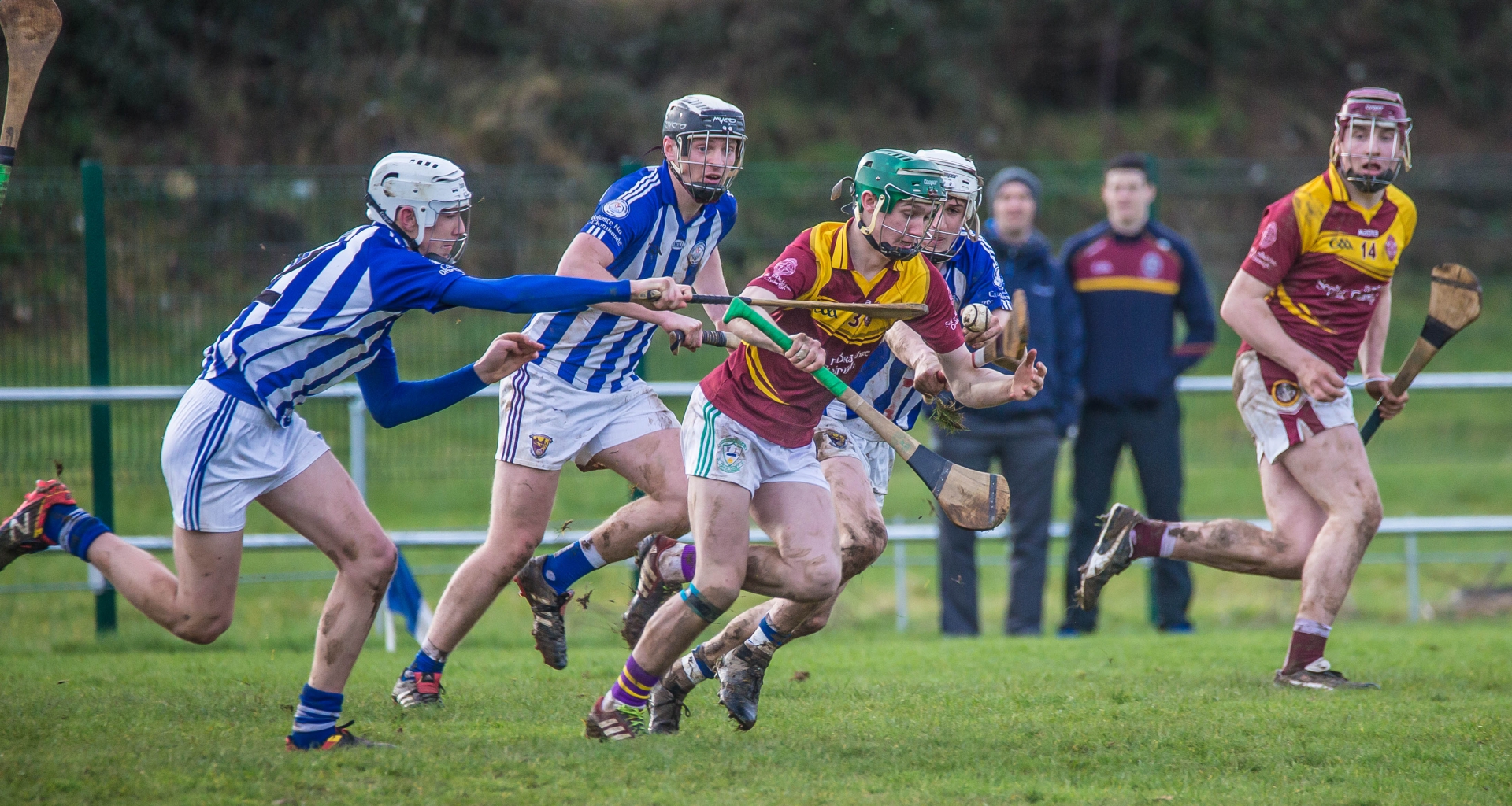 Parity remained for long spells of the second half - the sides were level eight times - before the CBS made their late charge. Drennan took over free-taking duties, converting a placed ball before grabbing Sean Boyd's 56th minute pass and rifling it to the net (2-8 to 0-10).

The Counsel resistance was broken. Two more Drennan frees sent the CBS on their way to victory and a Leinster final meeting with old foes St Kieran's College on February 25.

“We knew that Good Counsel were going to come with a renewed energy," said CBS mentor Matthew Ruth. "They outfought us for large periods of the game, but we stuck with them and finished strongly."