Locals to face League of Ireland champs in Cup quarter-final 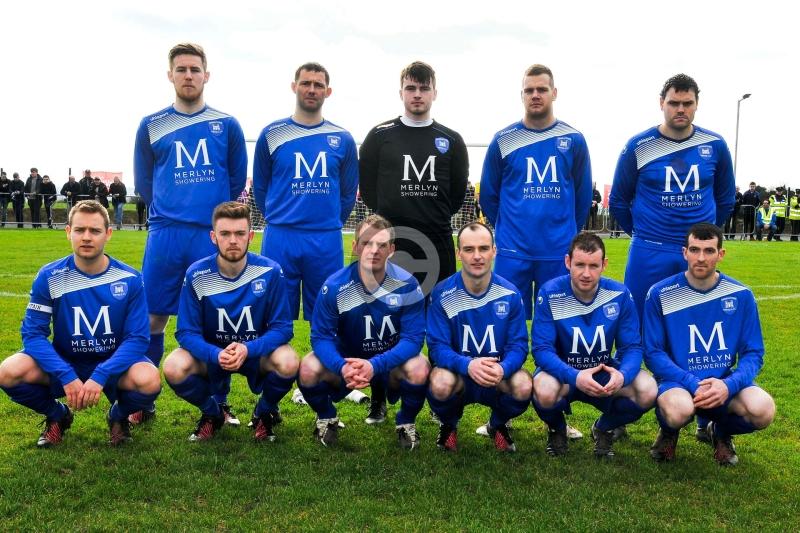 Following on from their famous Leinster Senior Cup win over Shamrock Rovers, Thomastown United have drawn Dundalk in the next round. Photo: Michael Brophy

As far as dream dates go, this one will take some beating!

Kilkenny & District League side Thomastown United are celebrating the prospect of another massive game after being drawn to face Dundalk in the quarter-finals of the Leinster Senior Cup.

United, who earned their reward thanks to a famous 1-0 win over Shamrock Rovers, were drawn away to Stephen Kenny's League of Ireland Premier Division champions when the ties were made this evening (Monday).

Dundalk, who famously reached the group stages of the Europa League last season, started the defence of their league title by beating Shamrock Rovers 2-1 at Oriel Park on Friday night. 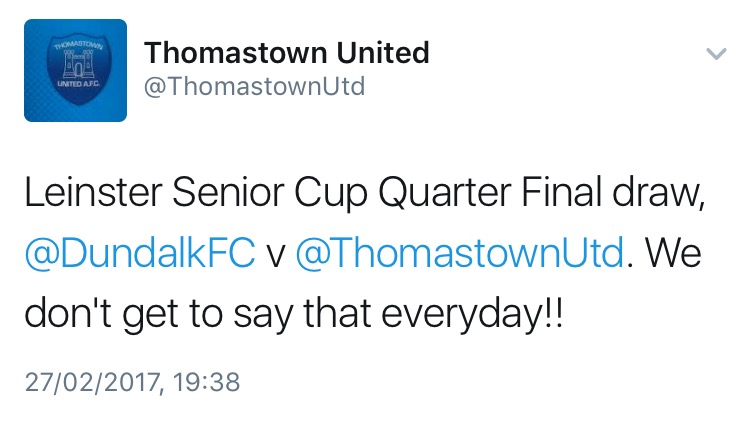 No date, as yet, has been announced for the Cup game, but United are relishing the prospect of adding another scalp to their collection.