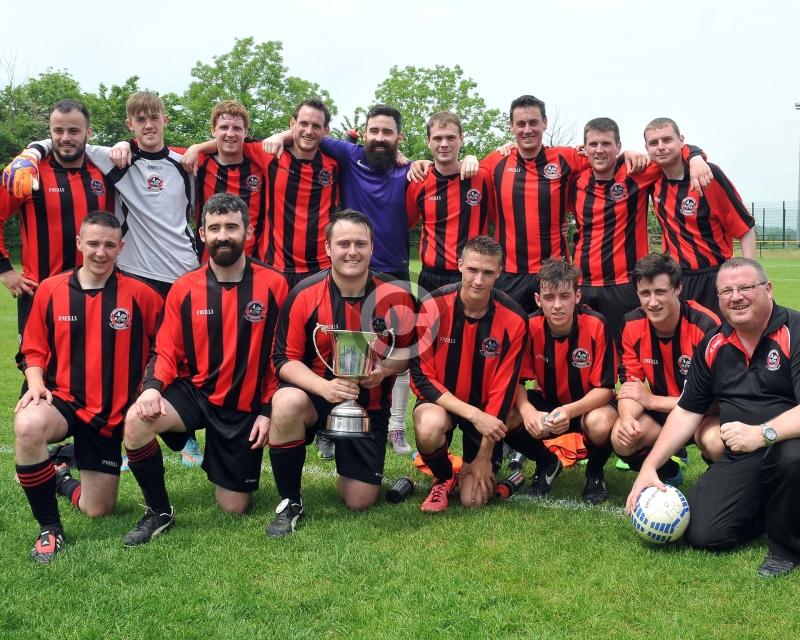 The newest competition in the Premier Division, the Centenary Cup, kicks into action this weekend.

Designed as a one-off competition to give the seven teams competing in this season’s top flight extra games – although it may be reviewed for the future – the competition will be a two-legged affair up to the final.

Teams will play the quarter-finals and semi-finals on a home and away basis, with aggregate scores to count. Should the score be level after two games, the tie will go straight to a penalty shoot-out.

The first game will be played this weekend, when Callan United host Freebooters A at 11am. With only seven sides in the top flight the League decided to enter four Division One sides – Highview Athletic A, Clover United, Fort Rangers and Deen Celtic A – into a draw to find an eighth side. Rathdowney’s Clover came out of the hat, earning a tie with Evergreen B.

2 Freebooters B v Evergreen A

4 Callan United A v Freebooters A

The Kilkenny & District League have also made a change in the running of the Under-11 David Doran Cup. In a change to the under-11 game this year’s tournament will be run using the under-12 guidelines, i.e. played 9 v 9 on a box-to-box pitch without a Retreat Line and no offsides, using a squad of 16 players. The changes have been implemented to ensure young players are used to guidelines when they step up to the under-12 game the following season.

The FAI’s Referee Course at the Aspect Hotel, Kilkenny has been pushed back to March 25 and 26. To register for the course check out www.fai.ie for information.