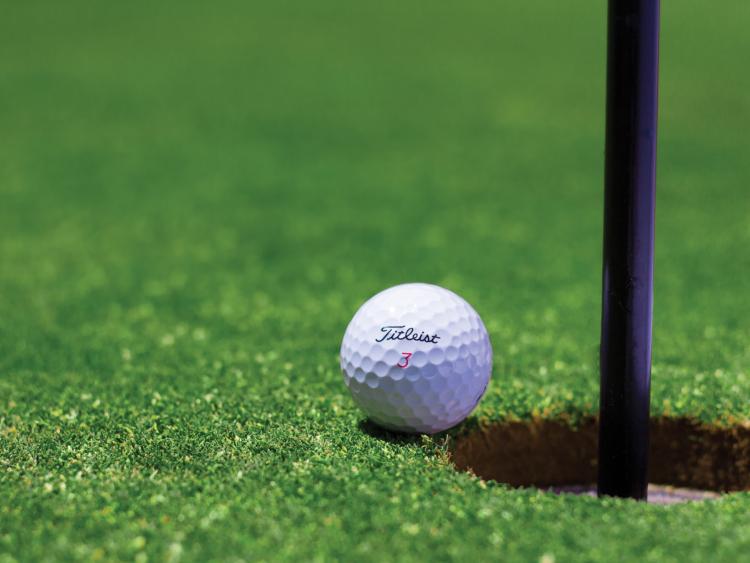 Golfers were in mourning following the death of Bill Martin, a former Captain at Callan GC.

Bill was captain of the club in 1981, having joined in 1975. He was a founding member of a fantastic association between the Emerald Golf Society from New York and Callan which started almost 40 years ago in 1978.

Bill, who competed proudly in interclub competitions for many years, had a kind and friendly way with those who had the pleasure to meet, play golf, walk the fairways and know him.

SINGLES - There was excellent scoring across the two days of the men’s singles stableford competition at the weekend. Winner was Kevin O’Driscoll with a score of 29pts. Cyril Lawlor was second with 27pts while Liam Hennessy was third with 26pts (B6).

LADIES - Owing to the inclement weather, the finish to the ladies Spring League has been put back to the end of April.

INTER-CLUB - The men’s interclub team managers are in place for 2017 with teamsheets posted on the notice-board at the men’s locker room. The panel for the Barton Cup is being assembled at present, with golfers invited to put their name down on the sheet or contact Denis Carey via WhatsApp.

GET INTO GOLF - Get into Golf, a course designed to encourage people to take up golf is coming to the club. The course, a great way to start with the basics and meet other people, operates on a first come basis and is limited to 40 places. Further information from Betty McGrath, co-ordinator or Lady Captain Mary O’Hanlon. Registration is on March 25.

COURSE - The course is still very wet in parts after all the very heavy rain of late. With 12 holes currently open for play it is hoped the entire course will be open very soon. A few dry days will have it back to its best.

The final round of the Lemongrass Winter League was played in breezy conditions at Mount Juliet GC on Sunday.

The team prize was won by Alan Hoyne’s team as Therese Maher’s team just could not close the gap and finished second. The winning team consisted of Alan Hoyne, Jerry Crowley, Myra Phelan, Martin O’ Halloran, Lucia Ahern O’Flaherty, Paul Madigan, John Stakelum, Peter O’Flaherty, Ronan Murphy and Willie Cotter all of whom contributed handsomely to the overall result. Alan’s team finished with a total of 708pts and had 12 points to spare over their rivals.

The men’s individual prize was won by longtime leader, Paul Madigan, who had a convincing win over the opposition. Niamh Strudwick rubberstamped her lead in the ladies section by winning the competition on Sunday. Paul and Niamh led their sections with 48 and 52pts respectively from their best five cards which counted for the overall individual prizes.

Sunday’s competition, held over 18 holes and with preferred lies in operation, was won very convincingly by Mark Taylor with 42pts. Mark scored 22 and 20pts respectively for his round and was three points clear of John Stakelum with Sean O’Neill a further two shots behind in third place. Niamh Strudwick won the ladies section with 35pts.

MEDAL - The first of the Monthly Medals for 2017 will be held on Sunday. This is also the first Golfer of the Year competition.

The Ladies ‘Get into Golf’ programme will hold an eight-week course at Gowran Park GC from next month.

The course, aimed at people who would like to try their hand at the game, costs €50 per person with all equipment supplied.

Played in a relaxed and fun environment lessons will be given by a professional coach. Full details to follow.

WINTER - Qualifiers for the successful Winter series continue over the next three weeks. Open singles are held every Thursday and Friday until March 30. Entry fee is €20 for visitors, €5 for members. The top three weekly qualifiers will go through to the final on March 31. Prizes include a set of golf clubs, a wet suit and a premium brand golf bag. Bookings to 056-7726699.

NEW MEMBERS - An 11-hole scramble for all new members will be held on Sunday, April 1. Draw for partners at 1.30pm for a 2pm tee-off.

The club is still accepting new members. Further information and application forms from 056-7726699.

MEDAL - The first Monthly Medal competition of the year will be held on Sunday. Play is off the blue tees, with GOY points on offer.

LADIES - The Kathleen Whitehead Winter League has concluded. The winners, Team A (Ann Mullins, Ann Farrell, Joan Murphy, Catherine O’Driscoll and Marie Murphy) were presented with the Kathleen Whitehead Memorial Trophy by Lady Captain Helen Dunne in the clubhouse during the week.

Involved were players from the local clubs.

SENIORS - The first seniors outing of the year will be held at Kilkenny GC on Monday. Assembly is at 10am with tee off at 10.30am. Names and entry fee to John Hardy at Wednesday’s seniors competition with assembly at 9.30am for tee off at 10am.

COOKERY - Castlecomer ladies are holding a cookery demonstration on Thursday, March 24. Admission is €10. Tickets available from any club member.

TREES - Captain Liam Mooney, vice-captain Seamie Brennan and course manager Michael Doheny have planted trees in key areas on the course. One such area is at the back of the 12th green, which has been staked and fenced off.

DRAW - The draw for paid-up members for full membership for 2017 was won by Pat Cullen.