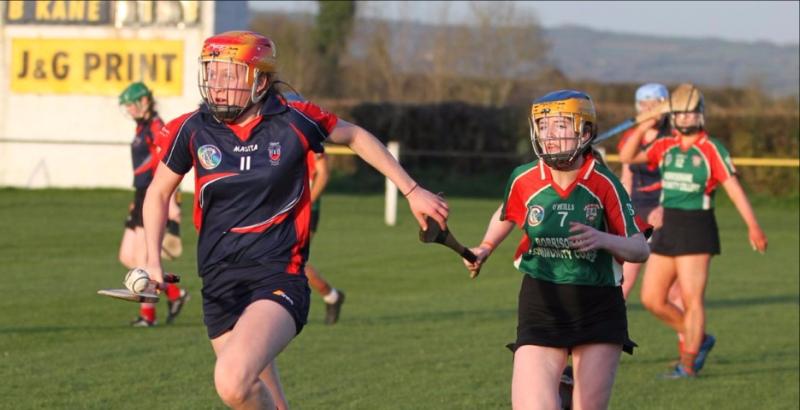 She was kept on a tight rein for a long time, but when deadly finisher Laura Shinnors got a late chance she scored a terrific goal to fire Borrisokane Community College to a fine win in the All-Ireland post primary schools junior 'A' camogie final replay in Freshford today.
With just a point dividing the sides as the game drifted towards the hour mark, the Kilraune MacDonagh player pounced on a breaking ball on the 20 metre line. After a short sprint forward she drilled a powerful rising shot to the net to decide what had been a top class game.
Abbey Communty College (Ferrybank), who draw all their players from Kilkenny clubs, were game to the last but they came up just short at the finish.
The losers opened smartly, and after Anna Malone sneaked a goal from close range in the eight minute after a Caroline Kennedy shot caused Borrisokane problem, they showed 1-1 to 0-2 in front.
The winners got back level with pointed frees from Áine Slattery and Shinnors before Afton Grace and Shinnors traded points from frees (1-2 to 0-5).
The winners edged in front in the 27th minute when Shinnors put Slattery in space on the '60' and she scored a class point. Laura Leenane got a run at the Abbey goal a minute later and she buried the ball in the net, and after she added a quick point, that left Borrisokane CC leaders by 1-7 to 1-2 at half-time.
Abbey just couldn't get their forwards going in the closing half, although credit must be given to the Borrisokane backs, especially player of the match, Bonnie Conroy and Katie Costello, who were powerful.
Heading into the closing eight minute Abbey got the break they had been chasing when Afton Grace cracked a free from 25 metres to the net. A pointed free from the same player left it a one point game with a little over a minute of normal time remaining.
However, Shinnors had the last say and her late strike and goal was worthy of deciding any final.
SCORERS: Borrisokane CC - Laura Shinnors (1-3); Laura Leenane (1-1); Áine Slattery (0-3); Louise Torpey (0-1). Abbey CC - Afton Grace (1-4); Anna Malone (1-0).