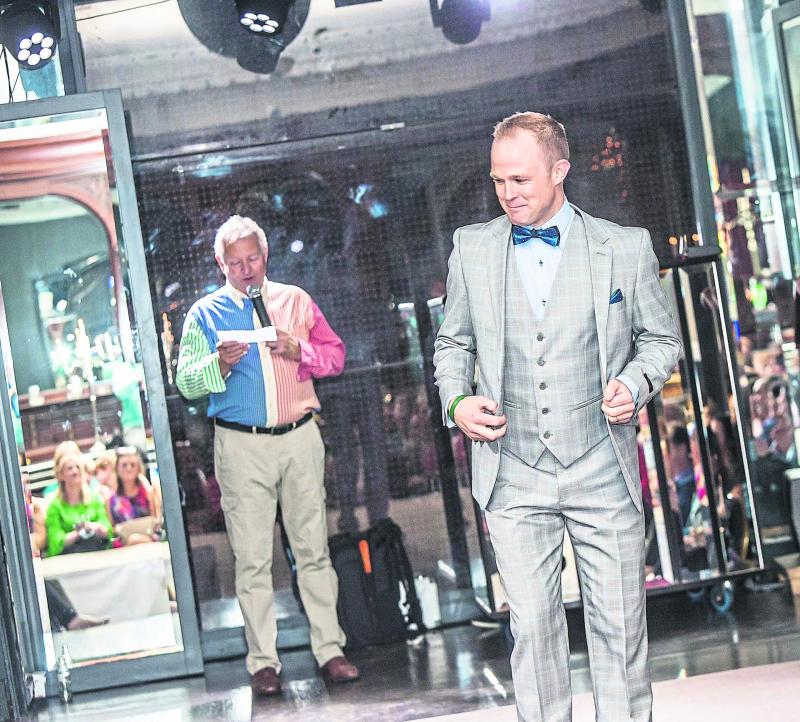 Tommy Walsh, a model hurler and in this Fashion Show . He was ranked fourth in Kilkenny's Top 25

So, that Top 25 Kilkenny hurlers thingy. Whatcha think? Impressed? Underwhelmed? Largely in agreement?
Convinced you could have done as good a job yourself?
On that last count you’re probably right. Seriously. Gather together any random group of individuals who’ve been watching Kilkenny hurling for most of the past 50 years and they’d have come up with broadly the same 25 players, albeit not in the same order.
So criticise us to your heart’s content. Collective responsibility being collective responsibility, I’ll defend the selection with my dying breath.
I can’t imagine, though, that too many people will criticise our Top 5.
D.J., Henry, Keher, Tommy and J.J. It was never going to be anything else. It simply couldn’t be.
Granted, it’s impossible to compare the men of today with the men of yesteryear. No objective metrics exist.
Beauty is located in the eye of the beholder. But that doesn’t mean we shouldn’t try to compare and contrast when the mood takes us.

Pay tribute
While comparisons are usually held to be invidious, in this case they’re nothing of the sort. By recalling the giants of the 1960s and 1970s and placing them alongside the heroes of the Cody era we are paying tribute to both generations.
What’s more, remembering the men of yesteryear not only keeps their flame alive but also helps us to contextualise the men of more recent times.
The four in-a-row side did not suddenly land from space. Had the Kilkenny team of the 1970s not existed, the Kilkenny team of the noughties couldn’t have existed.
Had there not been a Fr Tommy Maher, there couldn’t have been a Brian Cody. Had there not been a Paddy Grace, there couldn’t have been a Ned Quinn. On the shoulders of giants and all that.
(Sorry. Scrap that second-last sentence. There would always have been a Ned Quinn. Even without Grace.)
The presence of D.J. – he doesn’t require a surname – at the head of the list, above Henry Shefflin, was a judgement call. You may agree with it, you may not. Grand.
The one thing it showed was the affection that D.J. is still held in. Henry may have gone on to outstrip him in terms of achievements but the electricity that D.J. brought to the sport has lived on after him.
Frank Cummins had to make the top 10: all those All-Ireland medals in the same position. Ditto Noel Hickey. The more senior members of the committee were unanimous in their backing for Ollie Walsh, Kilkenny’s superstar of a previous era.
And it was heartening to see the support for Eoin Larkin, that most low-key and pared-back of forwards.
The James Stephens man did the simple thing, and the right thing, over and over again for a decade. Impeccable decision making, impeccable first touch, infinite selflessness and astonishing durability.
He was one of only three men to start each of the 18 games that comprised the four in-a-row and he started 12 All-Ireland finals, finishing ten of them.
As for Larkin’s accuracy, or perhaps more to the point his notable lack of inaccuracy, consider this. After he announced his retirement I was anal enough to dig out those 12 All-Ireland match programmes. His tallies amounted to 1-23 – all from play, obviously – and five wides. I’ll repeat that last bit. Eoin Larkin hit five wides in his 12 All-Ireland finals, a period that amounted to 805 minutes plus aggregate injury time. Incredible.

Unselfish
His unselfishness in defending deep and his ability to pop up and knock over a handy point – handy solely because he got himself in the position to make it look handy – will be horribly missed, starting at Wexford Park next Saturday week.
Richie Hogan? Possibly a bit of a surprise to have one of the current hands so high, but no matter.
Contrary to the early hype about him, he never became the new D.J. Instead, as John Knox observes in the centre pages, he became something much more interesting: he became the new Richie Hogan. Larkin’s departure leaves him as the most cerebral player on the Kilkenny team.
If you see me over the next couple of weeks and want to chastise me over the committee’s sins of commission and omission, incidentally, feel free. But please be aware I already have a stock answer prepared (and to hell with collective responsibility).
Random Punter: “Ye’re some bunch of eejits. Why didn’t ye have X [or Y or Z] in the Top 25?”
Me: “I couldn’t agree with you more, o shrewd observer of hurling. In fact I argued strongly for X [or Y or Z]. Unfortunately the rest of the committee shot me down, the numbskulls. So don’t blame me.”
You have been warned.