All-Ireland hurling finals: The decider of 1967 changed it all 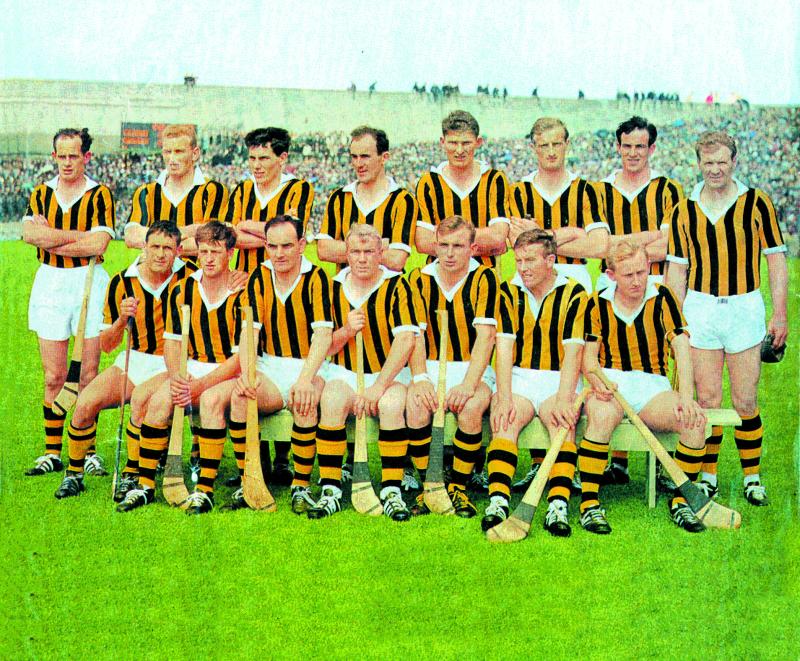 “When I was growing up there was a belief in Tipperary that you only had to show a Kilkenny man the blue and gold jersey and he would tremble”
Babs Keating in his autobiography
Two young Irishmen were in a lift in a Manhattan hotel in 1964. At the next floor another young Irishman got in, along with a middleaged American couple. Not a word was exchanged as the elevator made its way down to the lobby in glowering silence, the tension so palpable that the American couple, picking up the vibes, ran out the doors and disappeared rapidly in several directions.
The reason for the tension? Easy. Two of the young Irishmen were Kilkenny hurlers and the third was a Tipperary hurler.
If you’re over the age of 60 you’ll know that story. In fact, chances are you’ll have heard it a hundred times. If you’re under the age of 30, on the other hand, it may well be that the tale is an entirely new one on you.
Most Satisfying
That’s partly the reason why the subject of this week’s column is the 1967 All-Ireland final. Kilkenny have won many All-Irelands over the course of the past 113 years but the one they won next Sunday half a century ago was among the most important. To many older Noreside folk, the 3-8 to 2-7 victory remains the most satisfying of the lot.
There’s no secret why. The identity of their victims. Their victims and for so long their oppressors.
The last time Kilkenny had beaten Tipperary in an All-Ireland final was in 1922, 45 years earlier. In the intervening period the Blue and Gold had bested the Black and Amber in the finals of 1937, 1945, 1950 (a particularly bitter one-point defeat for Kilkenny) and 1964, along with the 1958 All-Ireland semi-final.
If 1950 was painful, 1964 was a haymaker. Kilkenny may not have been the hot favourites that revisionist thinking has suggested but they were the reigning champions and they had a young and speedy forward line facing the old men of Hell’s Kitchen. Final score? Tipperary 5-13 Kilkenny 2-8. That was one defeat not easily digested in Urlingford and Kilmanagh and thereabouts.
Hoodoo
While it may not have constituted a hoodoo, there was no disputing the facts and figures. As the saying went: Kilkenny for the hurlers, Tipperary for the men.
Was there pressure on Kilkenny in 1967, then, and possibly even more so given the way they’d flopped when strong favourites against Cork 12 months previously?
No, says Eddie Keher. “There was a determination there alright, but not pressure. The 1964 final had been such a disappointment. The same with 1966, which – without taking anything from Cork – was one of those days. One that got away from us. And Fr Maher was very very very determined that we weren’t going to be beaten by Tipperary this time.”
Tom Walsh agrees. “The balance of the team was better than in ’66, with Pa Dillon back at full-back and Jim Lynch at full-forward.
“Mick Lanigan had brought about a huge change on the fitness end of things. And it was the only match I was ever given specific instructions for. ‘You’re going to be on Tony Wall. It’s not about scoring yourself but about stopping him hitting the ball.’
“And I did. I was flying. Wall was at the end of his career. The ball didn’t get to him.” Sadly Tom Walsh’s afternoon turned out to be about more than simply stopping Tony Wall. But that’s another story.
Bittersweet as this day of liberation proved for the county, in retrospect 1967 mattered for other and more far-reaching reasons. The victory marked the first time since the 1930s that Kilkenny had won more than one All-Ireland in the same decade, and in 1969 they’d make it a third All-Ireland in the 1960s.
Top Table
They were back at the top table and they’ve never gone away. What’s more, between them 1967 and ’69 set the county up for the 1970s, a decade that would be more successful still.
The 1967 All-Ireland final changed everything.
KCLR have made a four-part documentary entitled ‘September 3 1967: The Day Kilkenny Turned the Tipp Tide’. The first episode airs at 9am next Saturday week