Kilkenny SHC: Shamrocks do the business at their ease 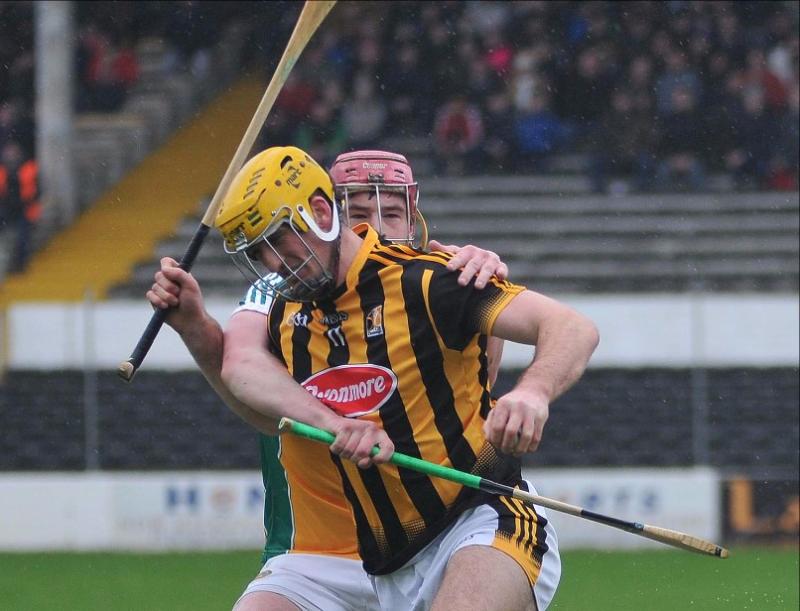 Ballyhale Shamrocks enjoyed the lift of a third minute goal from Rónan Corcoran and they more or less controlled things from there on when they got the better of the Rower-Inistioge in the first round of the senior hurling championship at sun-kissed Thomastown today.
Corcoran's big score was added to by a steady stream of points from county star, T.J. Reid, who missed his opening two attempts on frees. Then with a classy individual goal from Colin Fennelly added on 29 minutes, the winners looked comfortable when leading by 2-7 to 0-7 at the break.
The Rower's top scorer Ruairí Galavan pulled back a point early in the new half and Ciarán Ryan added a second on 33 minutes, but once T.J. Reid fired over a minor for Shamrocks at the other end it was business as usual for the winners, who had Michael Fennelly back in action after a knee injury.
The Rower created two goal chances during this half, but they couldn't finish them. Shamrocks goalie James Connolly did well to bring off blocks on both occasions, but after Galavan tested the net minder on 54 minugte Jim Ryan was very unlucky with a follow up effort when the ball crashed against an upright.
That was typical of the day for the Rower. They needed everything to go right for them, but they didn't, not even at the start.
SCORERS: Ballyhale Shamrocks - T.J. Reid (0-11); Colin Fennelly (1-1); Rónan Corcoran (1-0); Eoin Reid, Mark Aylward, Joe Cuddihny, Adrian Mullen (0-1 each). Rower-Inistioge - Ruairí Galavan (0-6); Ciarán Ryan, Kevin Murphy, Pat Lyng, Tom Murphy, Cathal Bolger, Conor Joyce (0-1 each).