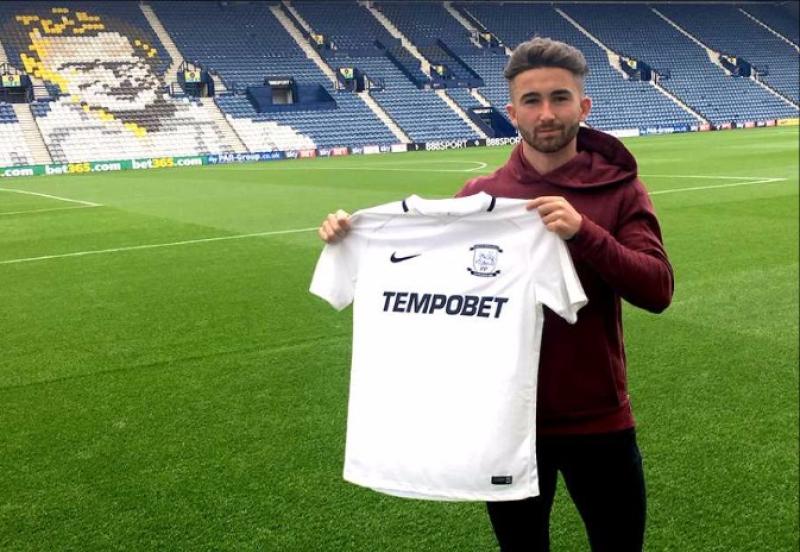 Kilkenny's Seanie Maguire is in the running to make his senior debut for the Republic of Ireland.

The Preston North End striker was named in a provisional 32-man Republic of Ireland squad by manager Martin O'Neill ahead of the final two Group D games in the 2018 FIFA World Cup qualifiers.

At a press conference in Aviva's Dublin headquarters today (Tuesday), O'Neill announced his 32-man provisional roster for the games at home to Moldova in Aviva Stadium on Friday, October 6 and away to Wales in Cardiff on Monday, October 9.

Included in the squad for the first time are Aston Villa's Scott Hogan, who qualifies through his Carlow-born grandmother and Wexford-born grandfather, and Millwall's Aiden O'Brien, who is a former underage international.

Midfielder Jeff Hendrick and forward David McGoldrick both return after missing the games against Georgia and Serbia. However, injury rules out Greg Cunningham (knee) and Jonathan Walters (knee).

While both Robbie Brady and James McClean are suspended for the Moldova game, they are expected to link up with the squad when the players report into camp on Monday, October 2.

Tickets for the clash with Moldova at Aviva Stadium on Friday, October 6 are still available via ticketmaster.ie