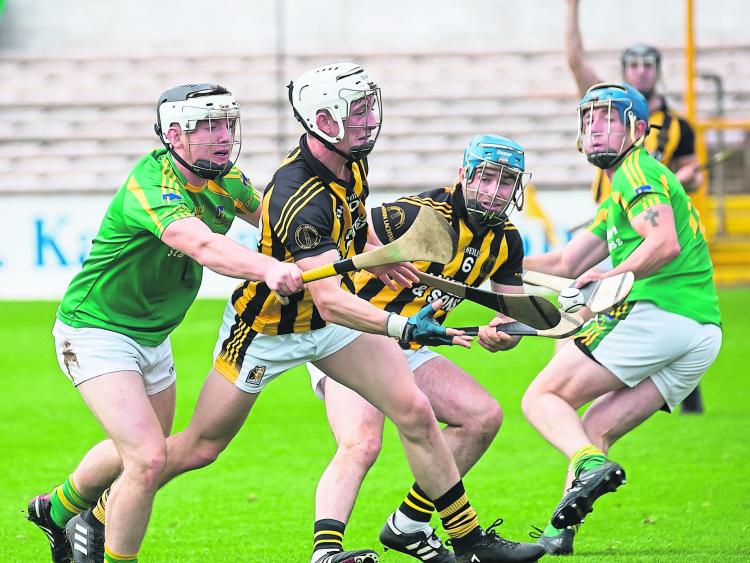 A goal from Shane Donnelly in the 59th minute proved all important when St Lachtain's (Freshford) scored a nail-biting win over Dunnamaggin in the replay of the Kilkenny intermediate hurling championship relegation final in Nowlan Park today.
Two minutes from the end Dunnamaggin were within touching distance of safety when Kenny Moore (free) added to an earlier point from Eoin Kearney to leave them 1-11 to 1-9 in front.
However, St Lachtain's finished with a bang, Donnelly shooting a goal before Liam Hickey clipped over a point from a free to make sure they avoided the drop back into the junior grade in 2018.
The exchanges were close throughout. The scores were level four times during the opening half, including at half-time when it was 1-4 (St Lachtain's) to 0-7.
SCORERS: St Lachtain's - Liam Hickey (1-5); Shane Donnelly (1-2); Paul White, David Brennan, Noel McGree (0-1 each). Dunnamaggin - Kenny Moore (1-6); Eoin Kearney (0-2); Michael Cody, Paddy Delaney, Ronan Coffey (0-1 each).