Kilkenny IHC final: Joy for St Patrick's at last as they thunder to great victory 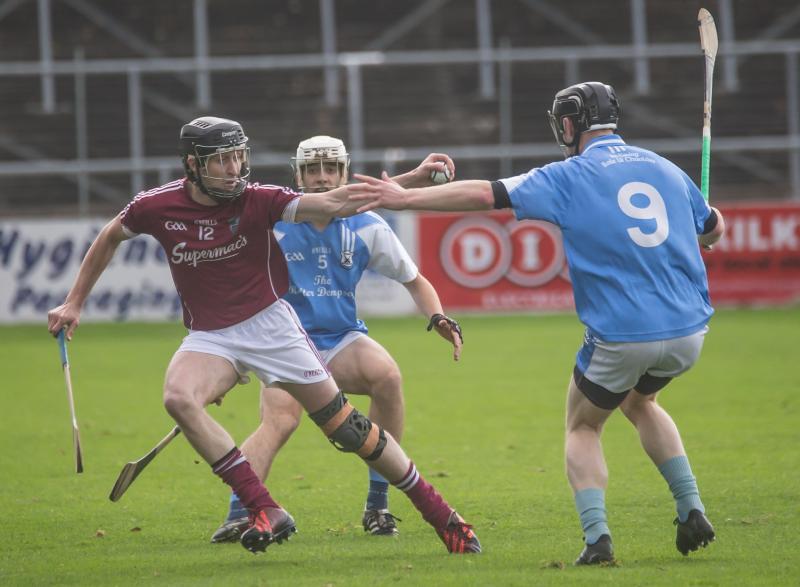 St Patrick's (Ballyragget) consigned the pain of losing three county finals in recent years to the bin in emphatic fashion when they thundered to a magnificent win in the intermediate hurling championship final in Nowlan Park today.
St Pat's hit Graigue-Ballycallan for 1-2 during the opening two minutes of the second half to gain the initiative, and afterwards they played a classy brand of hurling as they roared to their second intermediate victory that takes them back to the senior grade in 2018.
The losers opened at storm force, and with the help of a 12th minute goal from Billy Ryan they jumped 1-3 to 0-1 ahead.
St Pat's were kept in the chase by the free taking of county star, Kevin Kelly.

They had to wait until 'lost time' in the half to get a score from play, a point by Barry Staunton, which earned them parity at the break, 1-5 (GB) to 0-8 after they had played into the wind.
St Patrick's were on fire from the start of the new half. An early point from Michael Brennan was followed by a goal from veteran Brian 'Brock' Phelan before Paddy Brennan scored to up the divide to 1-10 to 1-5 on 32 minutes.
With St Pat's speed of touch almost frightening, and their work-rate superb, they threatened to bury the opposition. Graigue somehow held on and when Sean Ryan scored a great goal on 45 minutes to cut the gap to 2-9 to 1-15 they were back in the game.
When Eddie Brennan pointed to cut the divide even more, it was game on again. St Pat's just roared on. Kevin Kelly drilled over two frees before Joe and Michael Brennan shot points to wrap up the title.
SCORERS: St Patrick's - Kevin Kelly (0-10); Brian 'Brock' Phelan (1-1); Joe Brennan (0-3); Michael Brennan (0-2); Paddy Brennan, James Gannon, Baarry Staunton (0-1 each). Graigue-Ballycallan - Sean Ryan (1-7); Billy Ryan (1-0); Bob Murphy, Colum Prendiville, Eddie Brennan (0-1 each).