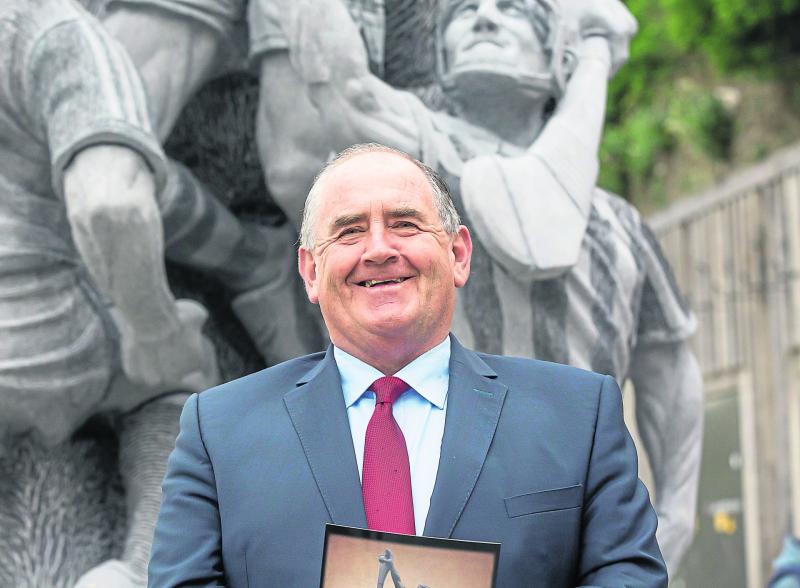 The officer who has served Kilkenny loyally and true for nearly a quarter of a century presided over his last County Board meeting on Monday night.
Ned Quinn officiated at his last meeting after completing two separate terms as chairman with a simple message to delegates: “It was an honour to serve.”
The Mooncoin clubman, in common with all the Executive officers apart from the treasurer, will stand down at annual GAA Convention on Monday, December 11 having served a five year term, the maximum allowed under rule.
Mr Quinn, who has served in various positions for 23 years, thanked his fellow offers for their “outstanding commitment”.
“People have no idea about the time they put in,” he said. “They are dedicated, loyal and very capable.
“Kilkenny would be regarded as a very progressive ’Board, one that is open to new ideas.”
He also thanked clubs and all the officials who act as stewards at Nowlan Park on big match days.
A credit to all
“People come here and take notes on how we run things,” he continued. “That is a credit to you.”
Mr Quinn held positions on the executive with his club and the South Board before being elected vice-chairman of the County Board (1995-1998), then secretary (2008 to 2012) and chairman twice, starting in 1999.
“If I was young enough I would start it all over again,” he insisted when he said his goodbye.