Michael Fennelly retirement: the simple story was there was no more left to give 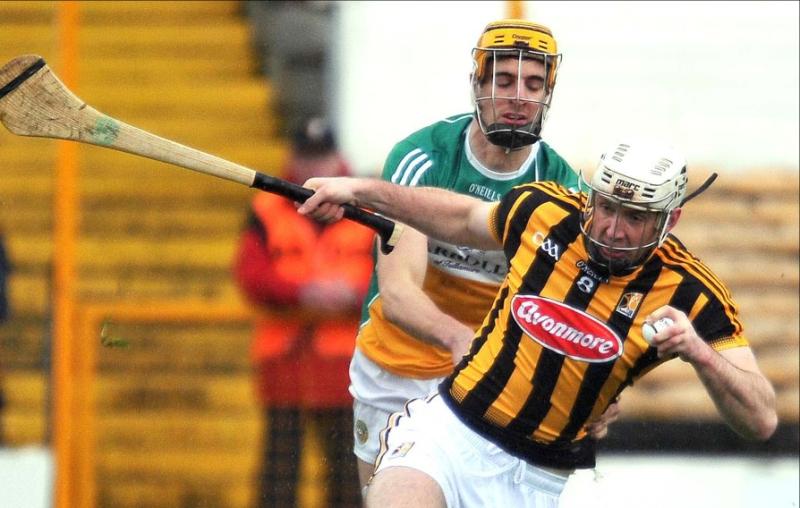 His battered and bruised body can take no more, so Michael Fennelly had no option but to call time on a glittering inter-county career.
The swashbuckling Ballyhale Shamrocks clubman was initially up for the challenge of going for a 12th season with Kilkenny, but then his aching body told him ‘no, it’s all over’.
“I don’t want to finish my career on crutches, or to end up coming off on a stretcher again,” he told us when hinting at the mental torture he endured during a catalogue of injuries in recent times. “I would be afraid that would happen.”
Fennelly, who will celebrate his 33rd birthday in February, was back doing serious gym work with the Kilkenny squad since November.
He felt more integrated in the 54 strong group than usual because he was feeling good, but then his back that has been causing him problems for years, began to act up.
“I knew then, naw, I am not going to win here,” the eight times senior All-Ireland medal winner revealed when he finally realised the game was up for him.
“I knew then my problems were not going to go away. I might get a few good weeks of good training and feel brilliant, and feel like I might go on for a couple of years. But then I would get a pull in the back, a strain or maybe a spasm.
“It was never ending. It was mentally and physically draining. I have given as much as I can,” he admitted.
He said the decision to quit was completely his own. His wife of a few weeks, Lesley, was fully behind him having a go, but when his back began to ache he knew his body just wouldn’t be able for the effort.
“I would be fighting a battle I couldn’t win,” was the way he summed up things.
The 2017 season was an annus horribilis for Fennelly. Earlier he ruptured the Achilles tendon in the right ankle which sidelined him for the best part of the year. Then he had a calf muscle problem.
After he returned to action his knees went against him in the Qualifiers championship match against Waterford, and he needed cartilage repair afterwards.
Then when he resumed playing with his club he suffered a hamstring strain before he twisted an ankle in the championship against the Rower-Inistioge.
“It was a nightmare, a nightmare for a few months,” Fennelly revealed. “No training. Constantly going through pain. That probably summed it up, those few months.
“To go back into the level of intensity needed with Kilkenny was beyond me. I would love to get back up to those highs again, but my body is not able for it. I have been getting warning signs constantly.”
Special routine
Fennelly, who could play in defence, attack or midfield was the Paul McGrath of the Kilkenny scene in that management planned a special training routine for him to nurse him through an apparently never ending series of injuries.
“The thought of more pain, more injuries, more lay-offs... it was just too much,” Michael admitted.
“Even for the other players the uncertainty is now gone. Will I, won’t I be training or be available. They needed a clean slate as much as anyone.
“Management have been very patient and understanding for the past five years and more, and I must thank them,” he added.
“You can’t be half in and half out. You have to be fully committed. My body is not able for it anymore,” admitted the former Hurler of the Year (2011).
On top of his All-Ireland medal collection, Michael Fennelly also won eight Leinster championships; five National Leagues; two Walsh Cups; 3 All-Star awards; five Kilkenny SHC and three club All-Irelands.