Kilkenny rugby: Good win over Tullow, and now for 'Cup clash against Boyne 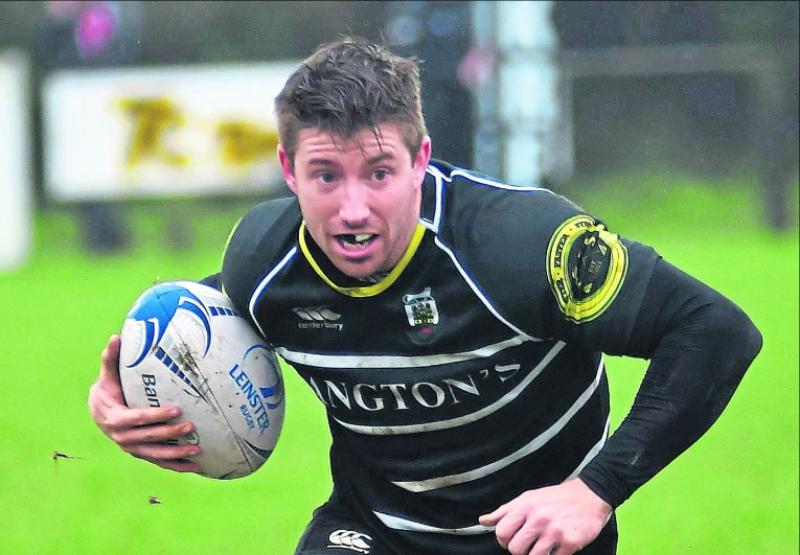 Kilkenny Firsts did the business big time when beating Tullow in the J1 Leinster rugby league, and on Saturday (2pm) at Foulkstown they hope to keep the good times rolling when they tackle Boyne in the first round of the Towns Cup.

The Cats are chasing promotion big time, and a good run in the 'Cup is now part of the hoped for agenda as Kilkenny aim for consistency.

The away performance against Tullow was worth waiting for. Kilkenny chalked up a great win in the J1 Leinster Rugby League to keep their drive for promotion roaring.
Early signs were that both were focused. In the warm up both looked sharp, with Ireland international Sean O’Brien closely observing his side’s drills.
Kilkenny head coach Dermot Dunne preached focus, commitment and patient to his troops.
Both employed similar game plans. Tullow brought play into the visitors half, and following a number of phases Kilkenny No. 7 Jason Connolly turned over his opposite number allowing Jake McDonald clear the lines.
In this phase Kilkenny suffered an injury blow. New Zealander Ti Lewington was forced to retire injured after an accidental collision.
Wing Aiden McDonald move into No. 13 and Sean Moran came in on the wing. The deployment of McDonald into the center gave Kilkenny a new dimension and fluidity in their play.
Kilkenny created the first meaningful opportunity in the 15th minute. Patient defending forced a knock on. From the subsequent scrum the pack, anchored by a formidable front row of Simon O’Shea, Martin Leahy and Conan Dunne drove back the opposition.
The referee indicated a penalty advantage to the Cats. Dearan McGrath picked from the base, took play up to Tullow’s defensive line before popping inside to No. 8 Wes Carter.
Quick ball allowed Kilkenny to make ground and captain Podge Mahon took play deep into Tullow territory. Mahon passed inside to Liam Caddy, who used his deceptive side step to weave towards the line.
A last ditch effort from Tullow’s impressive No. 6 Kyle Hanbridge knocked the ball from Caddy’s grasp. Escape!
Kilkenny bounced back and scored the first try in the 20th minute. From the Tullow 22 McGrath shifted play to the blind side, feeding out-half Jake McDonald, who in turn found Martin Leahy.
Leahy showed great pace to gallop over the line in the corner. Against the odds, Jake McDonald hit the target. Kilkenny 7, Tullow 0.
Tullow got into the Kilkenny half quickly and threw everything into attack. Marshalled by the experienced Dearan McGrath, Kilkenny remained calm and patient.
The defence didn’t wilt. Vital big tackles were put in by Gary Dunne and Graham Logan.
Tullow’s impressive scrum half, Gareth Fitzgerald (18) looked to move the ball wide. A Kilkenny defender tried to half the move.
The referee called offside. Tullow out-half Pookie Canavan made no mistake (7-3).
During the remaining 10 minutes of the half Kilkenny played pure rugby. Forwards dominated in the loose and set pieces, affording backs opportunities to show their potential.
A Tullow infringement saw Kilkenny awarded a scrum 10m out and 15m in from the touchline. The dominant scrum moved forwards.
Drew in defenders
Graham Logan picked at the base, drew in two defenders and then passed to Dearan McGrath, who had a simple trek into the corner. McDonald landed the conversion - 14-3.
The tremendous opening 40 minutes alone were worth the entry fee. This was junior rugby of the highest order.
From the kick off Kilkenny second row Graham Logan athletically claimed the ball from the sky. He charged forward and it took three men to stop him. The tone was set!
Both sided enjoyed long periods of uninterrupted possession; neither wanting to concede breakdown penalties, the indications pointed that the tackle area was going to be ferocious.
Tullow committed two players to every Kilkenny carry to ensured the visitors battled for every inch of ground.
The Kilkenny loose forwards of Gary Dunne, Jason Connolly and Wes Carter battled to turnover or slowed down the ball down on the ground, forcing Tullow to commit to attacking rucks. Up to the 55th minute this was the way of things.
Slowly but surely Tullow imposed their authority on the game, knowing their league campaign hinged on winning. They threw everything at the opposition.
They were rewarded for their continuous endeavours in the 65th minute. Following a strong maul they crossed the line. Out-half Canavan added the extras.
The next 10 minutes produced some of the most fascinating rugby spectators will have witnessed in a long time.
In one prolonged move Kilkenny went through 15 phases to get within five metres of the Tullow line. They were beaten back.
Tullow threatened too. Kilkenny held their ground and survived.
If ever there was a hard earned victory, this was it. Kilkenny celebrated. Tullow were devastated.
Experienced
Recent youth programme graduates became senior players in this epic encounter. Experienced hands stood up and were counted.
Team captain Podge Mahon thanked the travelling hordes for their support.
It is hard to single out one player over another. This was a complete squad performance.
The pack, led by Wes Carter, was heroic while the backs, marshalled by Dearan McGrath, were fluid, with full-back Rory McInerney and Aiden McDonald stand out performers.
Martin Leahy, Jason Connolly and Andy Nyenhuis were wonderful, while youth player Conan Dunne gave an exhibition of propping. The stand out performer was Graham Logan, who showed his physical and athletic importance to the side.
Kilkenny Firsts - Simon O’Shea, Martin Leahy (5pts , 1 try), Conan Dunne, Andy Nyenhuis, Graham Logan, Gary Dunne, Jason Connolly, Graham Logan, Dearan McGrath (5pts, 1 try), Jake McDonald (4 pts, 2 conversions), Aiden McDonald, Podge Mahon, Ti Lewington, Liam Caddy, Rory McInerney.
Subs - Conor Dempsey, Darragh Farragher (unused), Idris Rqibi, Sean Moran, Lyndon Brannigan.
Seconds
The Seconds put in a very solid performance but were beaten 24-5.
Tullow scored two quick tries to jump 12-0 clear.