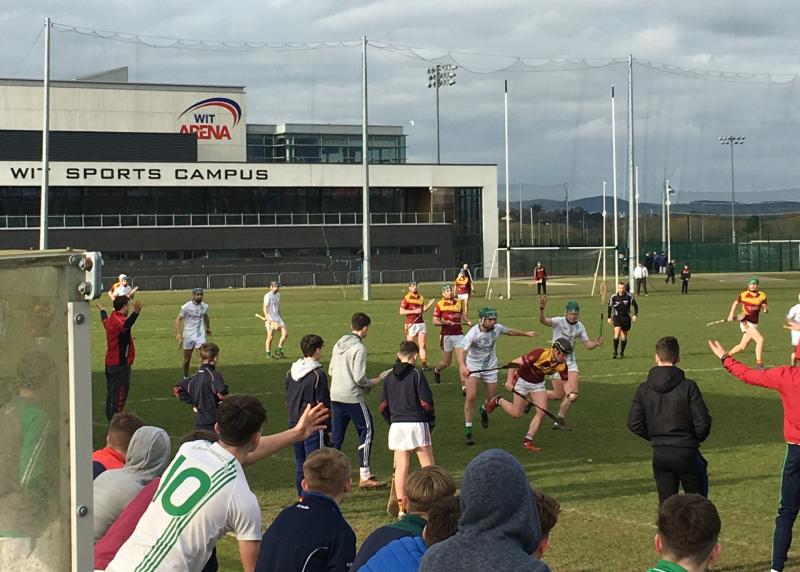 The dream of an All-Ireland title is still alive for Kilkenny CBS but they had to work hard to shake off a dogged St Peter’s College in their play-off.
In the end a strong first half performance did the trick for the Kilkenny school. Back by eight Conor Drennan points they held a 0-9 to 0-4 advantage at the interval at the WIT Arena, Ross Banville doing well to keep Peter’s in contention.
Backed by the breeze the Wexford side raised the tempo in the second half, but couldn’t break through the CBS defence superbly led by Conor Healy.
The Saints kept pushing, and got their reward when centre-back Michael Codd flicked home a injury-time goal, but it wasn’t enough to prevent the CBS from extending their season into the national stages.
SCORERS: Kilkenny CBS - Conor Drennan (0-10, 0-4 frees); Joe Sheehan (0-3); Cillian Timmons (0-1); Conor Healy (0-1, free). St Peter’s College - Ross Banville (0-6, 0-4 frees, 0-1 65); Michael Codd (1-0); Jack Devereux, Ben Stafford, Cian Meyler (0-1 each).