Nervy Kilkenny edge past Offaly and into League semis 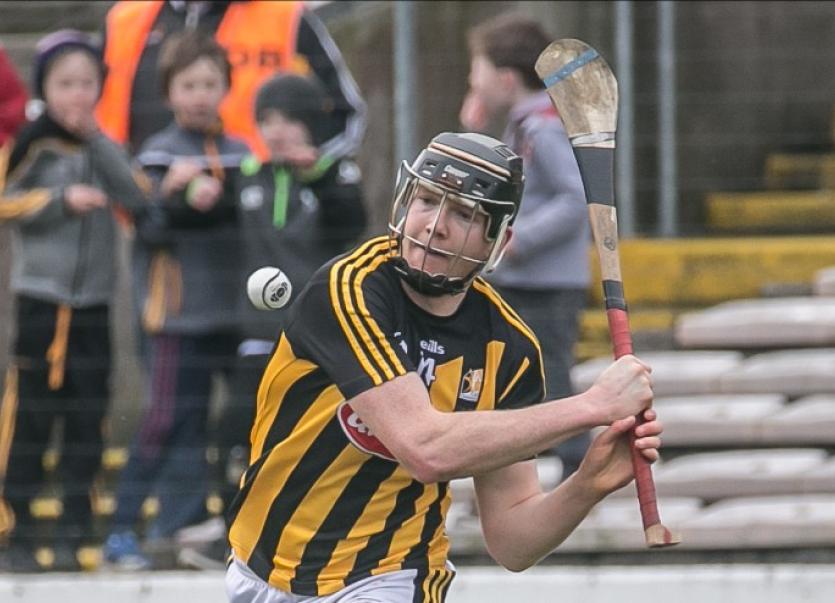 Points in the 70th and 73rd minutes from T.J. Reid (free) and Walter Walsh earned hard pressed Kilkenny a nervy victory over Offaly and a place in the Allianz National Hurling League semi-finals.
The Cats were glad to hear the final whistle in Bord na Mona O'Connor Park today because Offaly were pressing hard at the finish for a goal that would have dumped the visitors out of the competition.
Kilkenny now face Wexford or Galway, whose quarter-final clash was put back until next weekend because of the bad weather, but when the semi will be played is not known yet.
Offaly, who showed great heart and skill and had an edge in physique, really tested the visitors. Kilkenny manager Brian Cody will hardly be satisfied with the way his team played.
Kilkenny looked disjoined at times, and a lot of possession was wasted with bad deliveries.
The winners never looked assured during the opening half although they opened promisingly enough playing into the cold, stiff breeze. Three times the scores were level early on, when the opening eight points were evenly shared.
Kilkenny, who had an 8-nil free count in their favour up to the 18th minute, hit the front with a point from the left wing by Walter Walsh. When T.J. Reid added two more to take them 0-7 to 0-4 clear they looked like they were getting into a good rhythm. The follow up was weak, however.
Offaly hit back for some lovely, long range scores from Shane Dooley, Joe Bergin and Dooley again from a free to regain parity at 0-7 each in the 23rd minute.
The home side hit the front for the first time in the 26th minute when Shane Kinsella did a simple rise and strike on midfield, hitting the target in spectacular fashion (0-8 to 0-7).
The Cats replied through Liam Blanchfield before James Maher regained the lead.
Then on 32 minutes Offaly sneaked a goal. Cillian Kiely crossed from the left wing, and when the ball fell on the edge of the square Conor Mahon used his strength well to force it home with his foot.
That score helped Offaly into an interval lead of 1-10 to 0-10. For long stages of the half Kilkenny had difficulty winning ball on the opposing '40', and when Offaly got a run going, they simply let rip.
The winners showed promise when they got use of the wind, and six scores against one per T.J. Reid (4) and Liam Blanchfield (2) took them 0-16 to 1-11 by the 50th minute. However, they were unable to maintain the momentum.
Offaly fell three points behind later, but they continued to battle and chase hard. Back-to-back points from Shane Dooley, from a really tight angle, and Conor Mahon lifted their spirits and they continued the drive.
When Joe Bergin popped over a minor from midfield on 65 minutes it was all square, 0-20 to 1-17.
Seconds from the end of normal time it was still all square again after Offaly pulled back a two point deficit - 0-22 to 1-19 - but then Reid and Walsh produced the points that earned the Cats the ticket into the semi-finals.
SCORERS: Kilkeenny - T.J. Reid (0-12); W. Walsh (0-4); L. Blanchfield (0-3); J. Maher, J. Donnelly (0-2 each); G. Aylward (0-1). Offaly - S. Dooley (0-8); C. Mahon (1-2); S. Kinsella, C. Egan, J. Bergin (0-2 each); D. King, C. Kiely, D. Currams (0-1 each).
Kilkenny - D. Brennan; J. Holden, P. Walsh, P. Deegan; C. Delaney, C. Buckley, C. Browne; R. Leahy, O. Walsh; L. Blanchfield, T.J. Reid, J. Maher; G. Aylward, W. Walsh, R. Reid. Subs - L. Scanlon for G. Aylward 40th min; J. Donnelly for O. Walsh 40th min; L. Ryan for R. Leahy 60th min; E. Morrissey for Browne 64th min; A. Murphy for R. Reid 65th min.
Offaly - E. Cahill; T. Spain, S. Gardiner, B. Conneely; D. O'Toole, D. Shortt, P. Camon; S. Kinsella, D. King; C. Mahon, C. Kelly, C. Egan; S. Dooley, J. Bergin, D. Currams. Subs - O. Kelly for C. Kiely 57th min; D. Egan for S. Kinsella 57th min; P. Rigney for S. Gardiner (inj); T. Geraghty for E. Egan 66th min; S. Ryan for P. Rigney (inj) 70th min.
Referee - P. O'Dwyer (Carlow).