Allianz League: Kilkenny storm past Wexford to set up final clash with Tipperary 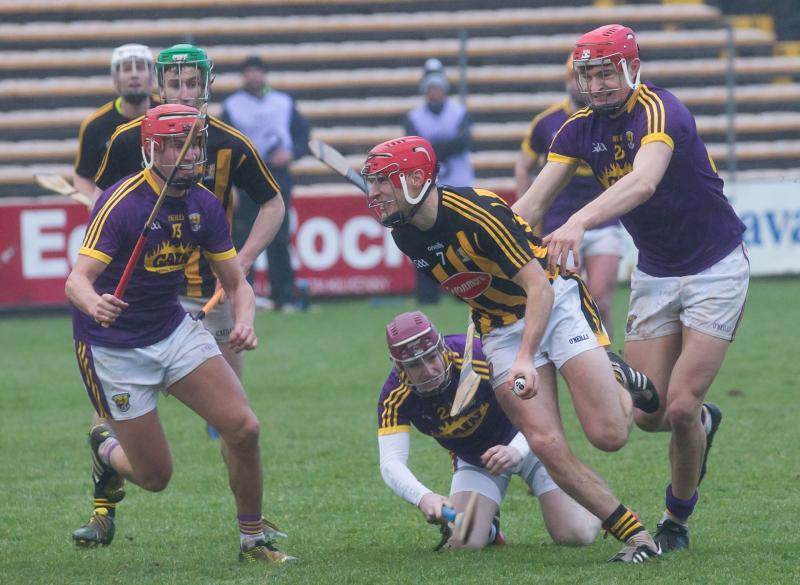 A storming first half scoring show helped the Kilkenny senior hurlers blast their way into the Allianz League final.

The Cats set up a mouthwatering clash with old rivals Tipperary - the game will be played in Nowlan Park next weekend - when they overpowered Davy Fitzgerald's side at chilly Innovate Wexford Park.

Things looked grim for the Cats when Aidan Nolan blasted a sixth minute penalty to the net to leave Wexford 1-2 to 0-1 in front, but when Kilkenny raised the tempo they raced away. They took over the scoreboard, rattling off an unanswered 1-11 to take a vice-like grip on the game. A string of T.J. Reid frees did a lot of the damage before Walter Walsh burst through for a 30th minute goal to silence the strong Wexford crowd (half-time: Kilkenny 1-13, Wexford 1-5).

Wexford needed a big response in the second half, and came out full of fire. After some quick points their hopes soared when Conor McDonald rattled the net in the 40th minute, a goal that lifted the crowd, but their rebellion was ended almost as quickly as it began.

Kilkenny, with Paddy Deegan, Cillian Buckley and Richie Leahy in fine form, shut the Wexford attack down and closed them out of the game. The introduction of Conor Fogarty was a boost as the Cats continued their hunt for more silverware.