Five horses to back in the Aintree showpiece 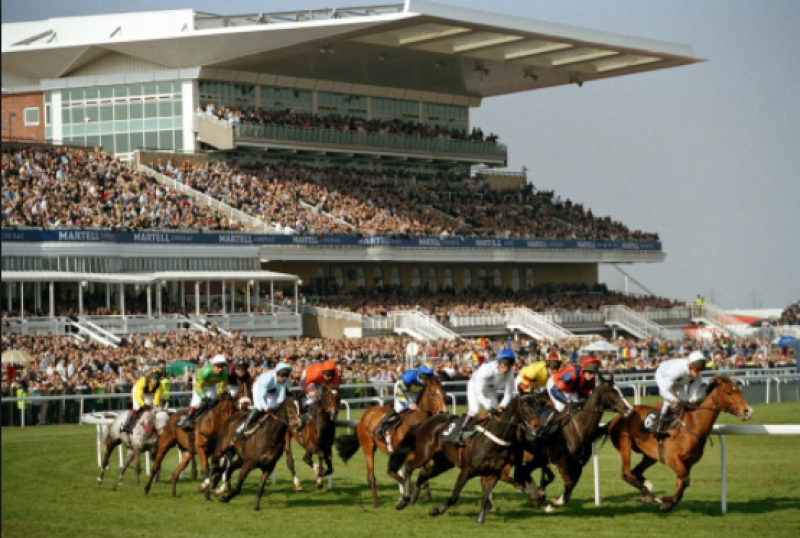 The Grand National is fondly known as 'the people's race' because of its ability to capture the imagination, far beyond that of horse racing fans. It's a day when everyone sticks a pin in the paper, pulls a name from a hat, or backs the horse with a loved one's name in it.

In racing terms it's a special race because it takes a very special type of horse to win it. The winner needs to have some form, class, impeccable jumping ability, and needs to be able to handle the crowd, the ground and the huge four-mile and two furlongs trip - not to mention the need for pure heart.

To help you along with your choices, our man has taken all of these factors into account and selected five horses he thinks will fill the places at the famous Liverpool track on April 14.

Here are his selections:

This is a horse of undoubted class and crucially staying ability. He carries a huge weight of 11st 10lbs but showed last year in this very race that he can saddle such a burden. He was fourth in this race last year and has done nothing since to suggest he's lost any of that ability. Having tasted the National fences for the first time in that run last year, he showed he loved them once again in December when he powered on strongly to win the Becher's Chase at Aintree, winning by nine lengths from The Last Samuri who would be fancied by many for this year's National. He was fully 54 lengths behind Yala Enki in a Grand National trial recently, but that would have been merely a chance to blow off the cobwebs for this race. Looking at all the factors, barring the big weight, BLAKLION has a massive chance of going a few places better and winning the most famous National Hunt race in the world for Nigel Twiston-Davies.

Gordon Elliott could hardly have his string in better form, and this ten-year-old has proven he enjoys the Grand National test. Although he unseated his rider in last year's renewal, he was sixth in the 2016 running won by fellow Irish raider, Rule the World. UCELLO CONTI carries roughly the same weight this time around but will be better equipped for the test given his experience. As well as that strong showing, he was fourth, just two and a half lengths behind the winner Vieu Lion Rouge in the 2016 Becher chase which is run over the Grand National fences at Aintree every December. He actually finished ahead of subsequent National winner One for Arthur on that occasion whilst carrying 11lbs more. This horse has been laid out for another crack at this race, and has only had two runs since unseating in the 2017 National. The first of those came at Leopardstown at Christmas when he was impressive in chasing home Anibale Fly in the Paddy Power chase. He carried ten pound less than Tony Martin's charge that day, but will have a further two pound swing at play on April 14 and undoubted course form.

Gordon Elliott has another strong chance with recent Cheltenham Cross Country winner TIGER ROLL who also has a handy weight. The handicapper would love to give him more of a burden in light of that Cheltenham win and the Cross Country race at Prestbury Park as often been a good training ground for eventual National winners. This horse is a stout stayer, will handle the ground well and has that bit of class often required to get over the line at Aintree. He has won at three separate Cheltenham festivals and is therefore a multiple graded winner. He will run in the Gigginstown House Stud colours, the same silks worn to victory at the Grand National just two years ago by Rule The World. He is such an adaptable horse having won over a multitude of distances, and the only real negative against him here is the lack of course form. He's only run once at the Liverpool track and that was in Grade 3 hurdle in 2016 when he finished 14th of 19 horses, coming home 37 lengths behind the winner. Nevertheless, his proficiency over the unconventional cross country fences of late show he is a sound jumper and is a good age for big staying chase handicaps. It's also worth pointing out that despite being pulled up on a number of occasions, this horse has never fallen in his five-year National Hunt career. He'll be popular for top connections and has the ability to back it up.

PLEASANT COMPANY has been disappointing this season, but has only run twice, and this would have always been the plan for the Willie Mullins-trained 10-year-old. He was a distant 14th in the Paddy Power Chase at Leopardstown over Christmas and was pulled up in the Thyestes at Gowran in February. Despite that, he did complete this test in last year's Grand National, finishing 9th, 28 lengths behind One For Arthur. That doesn't sound fantastic on the face of it, but getting around at Aintree is an achievement, especially at the first time of asking. Ruby Walsh was onboard last year and the horse handled the fences well. He jumped brilliantly for most of the mammoth trip but clattered Valentines nearing the end of the race when travelling smoothly. The ground won't be a problem and if he can rediscover his spark shown in this race in 2017, he could be passing plenty of them late on.

These colours have been ridden to victory in this race on three occasions since 2005, including Many Clouds in 2015, and there is a lot to like about the Paul Nicholls-trained nine-year-old, WARRIORS TALE. He has won three and placed in a further four starts over fences, and has been in good heart of late. He was second behind Gold Present, who would have been a contender here before being pulled out, at Newbury in December. He was second behind Wakanda at Doncaster in January where he had classy enough sorts like L'Ami Serge and Flying Angel behind him over 2m 7F. That came on soft ground, so the going on Saturday won't be a concern, but the big question mark is whether or not he'll stay over four miles. Having said that, the trainer was impressed with his performance in that great Yorkshire Chase, insisting that he stayed on well. As well as that, it's no secret the owner Trevor Hemmings likes winning the Grand National, and it could be telling that he stepped in to buy this horse in February, a matter of weeks before the Aintree showpiece. He clearly has no reservations about his staying ability and has openly bought him as a National horse.