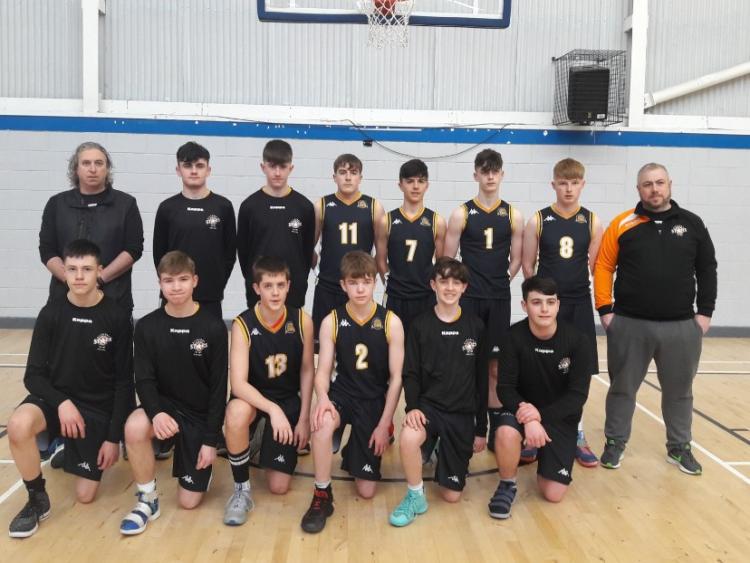 Teams from all over Ireland took part in a festival of basketball with Kilkenny Stars under-16 boys representing the South East.

Pictured are the Kilkenny Stars under-16 boys team with their coaches, David Murphy and Jason Barry. Stars lost out by one point in an exciting play-off game on Sunday to Athlone on the score 39-40.