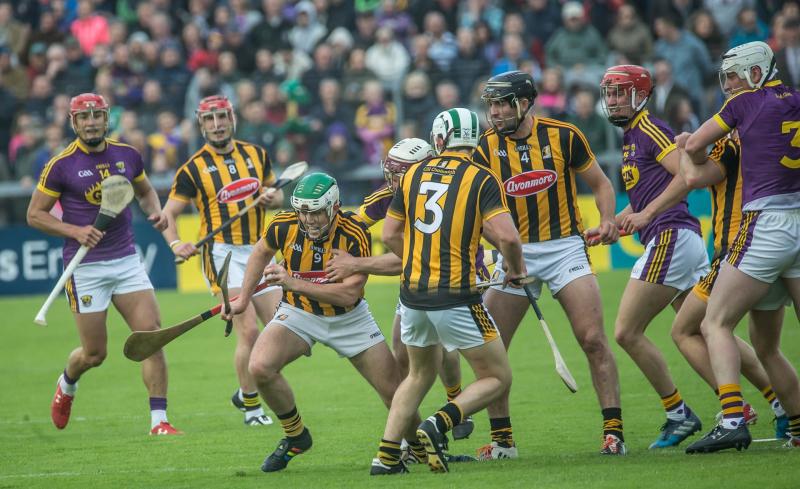 Kilkenny's Paddy Deegan and T.J. Reid have made the shortlist for the Player of the Month award for April PICTURE: PAT MOORE

Two Kilkenny senior hurlers are in the running to win the PwC GAA/GPA Player of the Month award for April.

The nominations, which were announced this morning, features Cats pair T.J. Reid and Paddy Deegan on the shortlist for the hurling honour along with along with Tipperary’s Jason Forde. The football nominees are Galway’s Damien Comer, Dublin’s Ciaran Kilkenny and his team-mate, Brian Fenton.

T.J. Reid had a man of the match performance against Tipperary in the hurling league final. The Ballyhale Shamrocks player scored a total of 0-15 on the day. Paddy Deegan from the O'Loughlin Gaels club was on fire in the same game as Kilkenny won their 18th league title.

Jason Forde was Tipperary’s stand out player throughout their Allianz league campaign. The full-forward notched up an impressive 2-12 in their final encounter with Kilkenny.

Brian Fenton was instrumental in Dublin’s success throughout the Allianz League, recapturing the title that they missed out on last year. Castleknock clubman, Ciaran Kilkenny, was named man of the match for his efforts in Dublin’s hard-fought win against Galway having scored 0-2.

Damien Comer played a key role in Galway’s performances, in the hope of winning their first football league title since 1981. The Tribesman put up a tough fight and Comer was outstanding when his team came face-to-face with Dublin in Croke Park on April 1.

The PwC GAA/GPA Player of the Month Award winners will be announced and presented with their award in PwC’s offices at One Spencer Dock, North Wall Quay, Dublin on Monday, April 23.