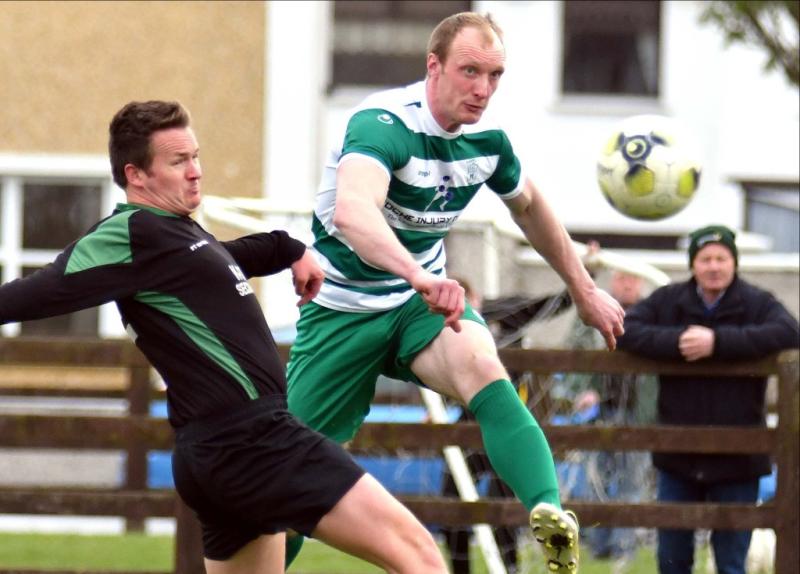 Sean Barcoe was on target as Evergreen A beat Freshford Town to move into the semi-finals of the McCalmont Cup PICTURE: MICHAEL BROPHY

The race to lift the McCalmont Cup gathered pace at the weekend, with all four quarter-finals down for decision.

Conor O’Neill’s Evergreen C have been on a real charge this season and took a break from their title drive in Division One to secure their semi-final spot with a 3-0 win over Highview Athletic B in Graignamanagh.

The result wasn’t as clear cut as it sounds. Scoreless at half-time, the city side didn’t go in front until after the hour, when Graham Gohery headed them into a lead they would not lose. Eddie Teehan made it 2-0 soon after, slotting a penalty low into the bottom right corner, before Noah Canty made it three goals in 10 minutes to wrap up the result.

Evergreen A were the first team to book their place in the semi-finals after they beat Freshford Town 4-0 on Thursday evening. They were sent on their way by an early Sean Barcoe goal but didn’t put the gloss on the win until late on. Jason Quan made it 2-0 on 60 minutes, followed by a Chris Whearty goal five minutes later. Barcoe’s second, five minutes from time, completed the job for Gary Maher’s men and keeping them on their quest to defend their domestic treble. 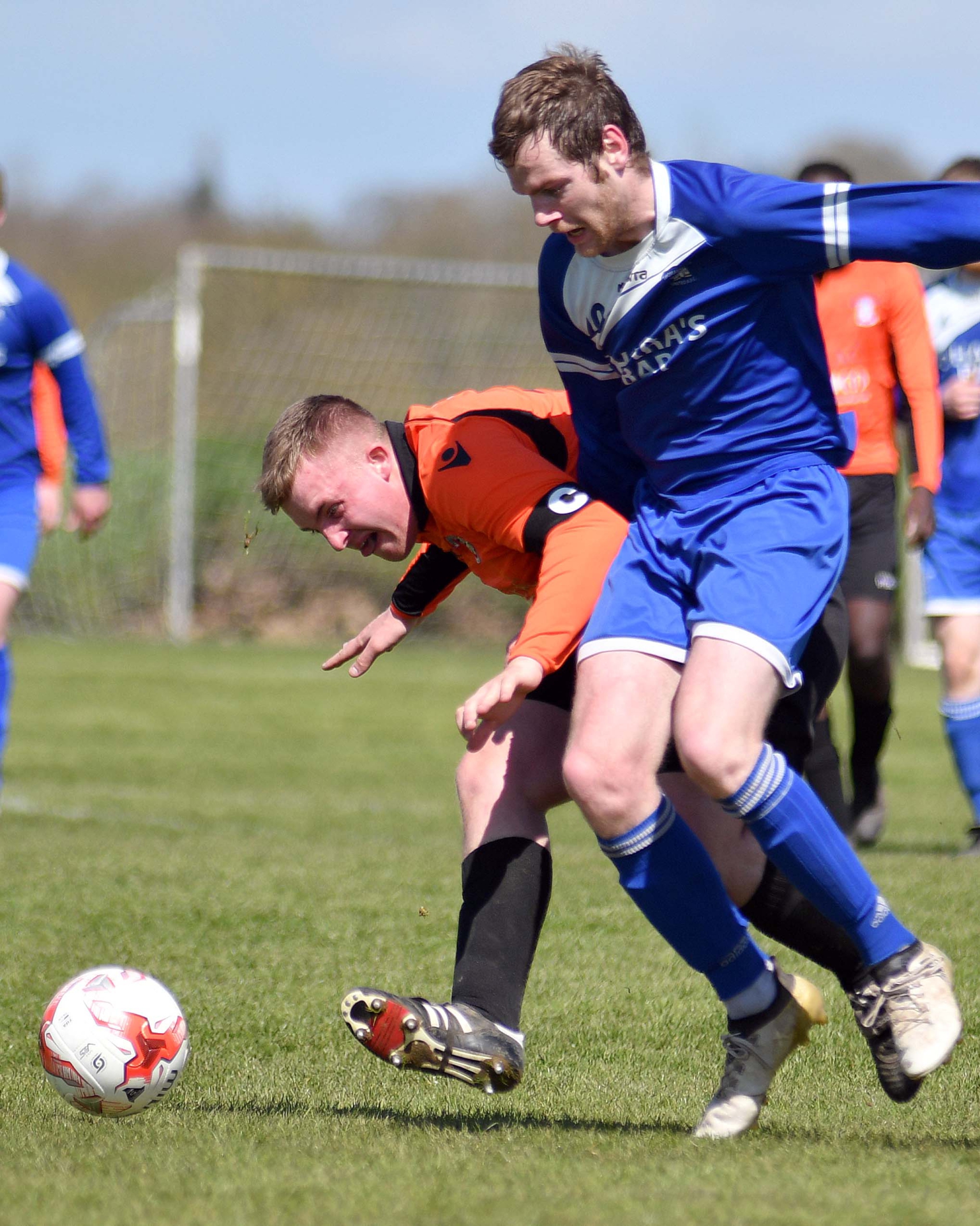 It was a Sunday morning for Thomastown United A, who moved into the semi-finals after beating Freebooters B. Mick O’Neill and Steven Connolly did the trick as ’Town won 2-0.

Highview Athletic A made sure at least one team from their club would be in the semi-finals, but they had to work hard to see off Clover United A in Rathdowney.

The visitors were denied a first half lead when Dean Broaders saw his penalty saved, but Sheamie Kavanagh fired home a late winner to seal a 1-0 win.

The semi-final draw has brought up two very interesting derbies. Highview Athletic A will put local pride on the line when they entertain neighbours Thomastown United A in a battle to make the final. The other semi-final will bring club bragging rights into play as Evergreen C take on Evergreen A!

With league action on hold Freebooters A kept their grip on the Premier Division Cup as they beat Evergreen B 3-0 on the Fair Green. Emmet Nugent (2) and Craig Wall were on target for Graham Doyle’s side, earning them a semi-final away to Thomastown United A.

The other Cup game also ended in a 3-0 win. This time Deen Celtic were the winners, beating Callan United A 3-0 in Callan. The Castlecomer side will play Evergreen A for a place in the final.

There was only one game in Division One but it proved to be full of goals as Fort Rangers beat Thomastown United B 5-2 at United Park on Saturday.

The visitors showed great resilience, coming from behind to grab all three points. United went in a goal to the good at half-time thanks to a Shane Molloy strike but Rangers took control in the second half with goals from Liam Forristal (2), Eddie Nugent, Tony Moran and Colm Phelan. Danny McDonald had made it 2-2 for Thomastown, but Fort’s fitness told in the end.

Spa, who were promoted alongside Bridge United in the league, booked their place in the final thanks to a 2-1 win over the city side. Conor Tobin and James Whelan were on target for Spa, who will face either Bridge United or River Rangers in the decider.

The Division Three Cup continued to deliver some shocks as another title favourite went by the wayside at the weekend.

East End United would have been fancied to get their hands on the silverware, especially after Freshford Town exited at the first stage, but their dreams were ended when Clover United B scored a 3-1 win in Bennettsbridge.

The Rathdowney men will be joined in the final by Deen Celtic B. They beat St John’s 4-0 to earn their spot in the final.
Both East End and Freshford will have to console themselves with their league playoff, which will be held on the Kells Road on Friday evening. The game will determine who goes up as league champions after both finished the regular season level on points.

Remember when former Evergreen player Davy Mulcahy brought the Aviva Stadium to its feet? It's one of the Kilkenny People's Top 10 Sporting Moments. Click here to check it out and cast your vote!