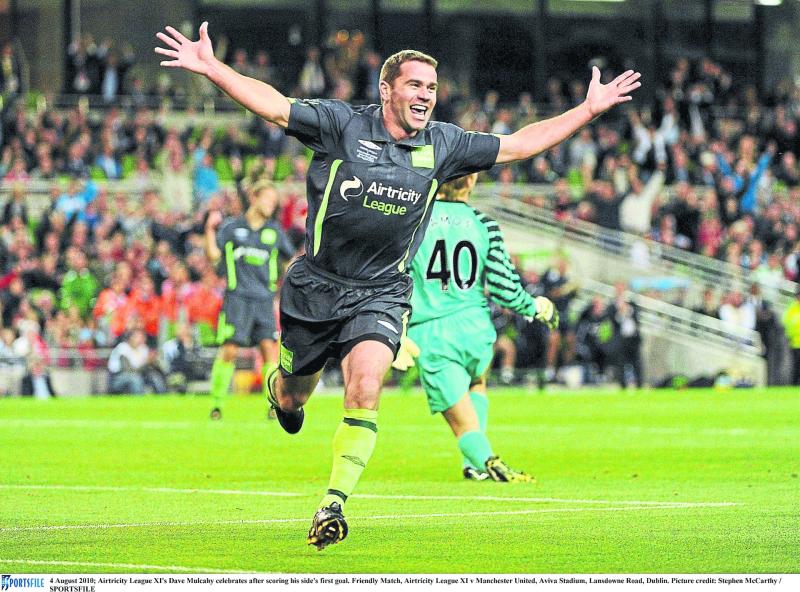 David Mulcahy has packed a lifetime of memories into his career, but one moment stands out above the rest - the time he made history!
“Scoring against Manchester United is something you never forget,” he said, recalling the day he played in front of close to 50,000 people for the League of Ireland XI against the Red Devils in the Aviva Stadium.
“Even being on the same pitch as players of that calibre, the squad Sir Alex Ferguson brought over was brilliant,” he said.
“To do it in a packed stadium, and to be the first player from the Republic of Ireland to score there was something special.”

The game, which was held to officially open the new-look Aviva Stadium, saw the League of Ireland take on a United side in their prime - they had played two of the last three Champions League finals and would make another in 2011. Despite being a friendly game United took it seriously and won well but Mulcahy’s goal, which came 12 minutes from time, got one of the biggest cheers on a balmy Summer’s evening in Dublin.
It wasn’t the first time Mulcahy shone on the Lansdowne Road stage (as the stadium was called before its rebuild) - he played in two FAI Cup finals with Waterford (2004 against Longford Town) and St Patrick’s Athletic in 2006, a game in which he also scored.
Now in his 19th season in the League of Ireland the former Evergreen player has some great memories of playing in Europe, in the Ukraine and Iceland - but it’s hard to beat that night against the Red Devils.
“There are loads of memories,” he said, “but the goal against United is tops for me.”