Kilkenny in dark, but Dublin have idea of shape of Cats team 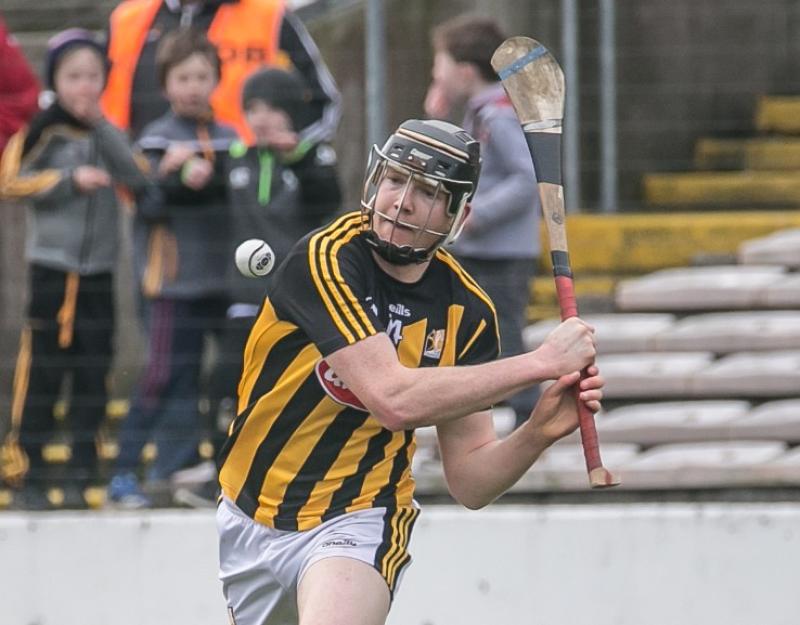 Walter Walsh - barring injury he will lead the Kilkenny attack

Dublin have the drop on Kilkenny approaching the Leinster hurling championship because they have a fair idea what might be thrown at them, whereas the opposite is the case with the Cats.
Because Dublin chopped and changed their team during the National League and they played without the contingent from All-Ireland championship two in-a-row club champions, Cuala, no one knows what XV they will field.
“The team that will play Kilkenny in the first round I couldn’t even begin to predict it,” was the story from Kilkenny manager, Brian Cody, when he was asked to run the rule over the opposition before the big shoot-out in Parnell Park on Sunday week.
“I have no idea what it will be,” the long serving Kilkenny boss admitted. “It is a huge challenge playing Dublin anywhere, anytime, even in Parnell Park.
“We haven’t seen the strongest Dublin team this year yet. What Dublin county champions, Cuala did in winning two All-Ireland championships in-a-row is phenomenal.
Strengthen squad
“The players who will come back into the Dublin camp will strengthen the squad in a serious way.”
He said he saw Dublin playing Tipperary in the League in Croke Park. For 20 minutes he said their play was “outrageously good”.
“When they put another 20 minutes like that into their game they are going to be so, so difficult to beat,” Cody insisted.
“They lost Chris Crummey early in that game. He is a huge player for them. We are absolutely certain about the challenge that is facing us.
“They know us, our team. We were going flat out to win matches in the League, so we put what we have to offer out there for all to see.
“I am not saying our team is going to be the same one that played in the League final, but it will be along the lines of what Dublin and everyone has seen.
“We haven’t seen Dublin with the Cuala players,” he added. “We haven’t seen Dublin with a full team. I know they have the makings of a very serious team and they are willing and able to take anyone on.”
Skill level tops
He said Dublin’s skill level was top class. They have excellent hurlers. They have been showing that for years, at minor and under-21 level as well.
On top of that, a huge number of their players have been involved in the Fitzgibbon Cup at the highest level.
“We are under no illusion about how difficult things will be in Parnell Park,” Cody insisted.
All counties have been forced to adopt a different approach to the championship this season because of the new Round Robin series of matches, Cody continued.
The reality before was that you prepared and trained for the first match. Then you trained for the second one, and took on the challenges subsequently as they presented themselves.
Recover
“Now we don’t do that because we can’t,” he explained. “We train for the four matches now. You play the first match. Then you recover.
“Then you play the second match. You recover again. You don’t train before matches in the Leinster championship this year because there isn’t time.
“The recovery period after the first game will be three or four days. You get out and have a few pucks and light exercise. There will be no physical contact or anything like that. It is all changed and that will bring us up to June.”
The whole thing would be a learning process for everyone, he felt.
Knowing the way the championship was going to be run didn’t change Kilkenny’s attitude or approach in the League, Cody said. The emphasis there was on blooding new players and winning games.
“It worked out well for us,” he insisted. “We got to see a lot of players. A lot of player adapted to a new level. We have a lot of players who now have experience of playing National League hurling, but championship hurling is several notching above League hurling.
“We have a lot of players who don’t have that experience,” he pointed out.
Momentum
He did admit that Kilkenny had a bit of momentum going after winning the League.
“Getting a good run in the League is always helpful and beneficial for the championship,” he maintained. “There was a time when it was felt if you go well in the League you won’t go well in the championship. I could never see the sense in that.
“We never bought into that. We have had some success in the League over the years and it always helped us in the championship.
“You talk about momentum. Momentum does matter. We have some momentum from the League, but what we are facing is a requirement to raise things several notches higher.