Kilkenny minors are ready for tough test in Dublin 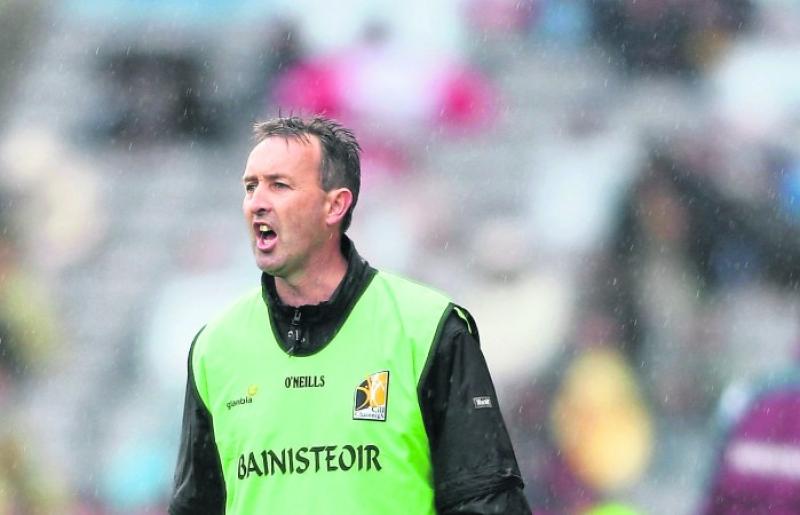 Kilkenny may be gearing up for a very different summer of hurling in the new Round Robin series of games in the Leinster senior hurling championship, and the same is the case for the county minors.
This season the minor grade will be for players who are under-17, which is a move away from the traditional under-18 classification.
The format and structure of the competition is different too.
Kilkenny, along with Dublin, Wexford and Laois have been grouped together and accorded Tier One status in the competition and are guaranteed four games in the league/championship.
The action begins in the league section in Parnell Park on Sunday (12 noon) when the young Cats play Dublin in the curtain-raiser to the senior match between the same counties.
“It is a tough assignment,” said Kilkenny manager, Richie Mulrooney, who in the past trained teams to win the minor All-Ireland in 2008 and 2010.
“It will be a big day for these players, playing for the first time for Kilkenny in a league/championship.
“The fact the game is in Parnell Park before the senior clash will add to the buzz and excitement. The Dublin team we are playing is a very fine hurling team, and a very big team physically.”
Physically Kilkenny might not measure up, but the manager is very happy that he has a lot of talented players.
“That is one thing people won’t be saying about Kilkenny this season,” Mr Mulrooney continued. “We are not a big, physical team. We are a small team with a lot of very, very good hurlers.”
quarter-final
Irrespective of the results in the matches against Dublin, Wexford and Laois, the Noresiders will have a June 16 assignment against a Tier Two side in a knock-out quarter-final.
Following on successive weekends after the Dublin match will be clashes against Wexford and Laois.
Regardless of results, Kilkenny will still face a Leinster quarter-final on June 16.
Basically the Tier One teams have three competitive matches in which to fine tune their panel before the knock-out hurling begins. The three league matches in May will be following by the knock-out section in June - quarter-final on the 16th; semi-final on the 23rd with the final on June 30.
The Kilkenny squad is made up by players who were under-15 or 16 last year. Mr Mulrooney was involved with this group in the Development Squads at under-16 level.
“We know them all,” he said. “We worked with them last year.”
Indeed they did, and with fair success too. This Kilkenny group won the Arrabawn tournament in Tipperary.
“Things went very well,” said Mr Mulrooney, who is joined on the Selection Committee by Sean Kelly (St Martin’s), Adrian Finan (James Stephens) and Martin Carey (Young Irelands).
“We keep reminding everyone that that was a one day tournament. It wasn’t a championship or anything.
“However, it did show we have a lot of good hurlers.”
Training has really only begun. Club league matches at under-17 and 19 during April gave players plenty of action.
The squad of players are with the Selection Committee all the time now because club matches have closed down for exams. This group of players is not affected by exams.
“We are really only getting into training now because club action has ceased,” Mr Mulrooney explained. “We would hope to use the three league matches over the next three weekends to, along with training, get ready for the knock-out stages in June.”
In real terms, the league section of the competition is a muscle flexor without consequences.
Win All Matches
“Like any group of players we will be trying to win all three matches,” the manager assured. “The consequences of losing a match is not disastrous. We still get to play a quarter-final.”
In recent days Kilkenny played challenge matches against Cork and Waterford, and both went fine.
“We are not anywhere near full pitch for the summer championship or anything, but hopefully things are heading in the right direction,” Mr Mulrooney said.
Sidelined by injury are Jack Buggy (Erin’s Own), who has a broken finger, and Killian Rudkins (Barrow Rangers), who has a hip problem.
The selectors have a panel of 32 available.
The panel
Kilkenny minor panel - Jason Brennan, Dylan Crehan, Padraig Moylan, Shane Staunton, Harry Walsh, Cian Kenny, Darragh Maher, Conor Kelly, Aaron Kinsella, Cathal O’Leary, Killian Hogan, Jack Doyle, Chris Korff, David Fogarty, Jamie Young, Padraig Dempsey, Jamie Harkin, Jack Hickey, Niall Higgins, Peter Donohoe, Ciaran Brennan, George Murphy, Eoin Guilfoyle, Jack Morrissey, Stephen Keoghan, Alex Moore, Andy Hickey, Peter McDonald, Colman O’Sullivan, William Halpin, Aaron Murphy, Kieran O’Neill, Jack Buggy, Killian Rudkins.