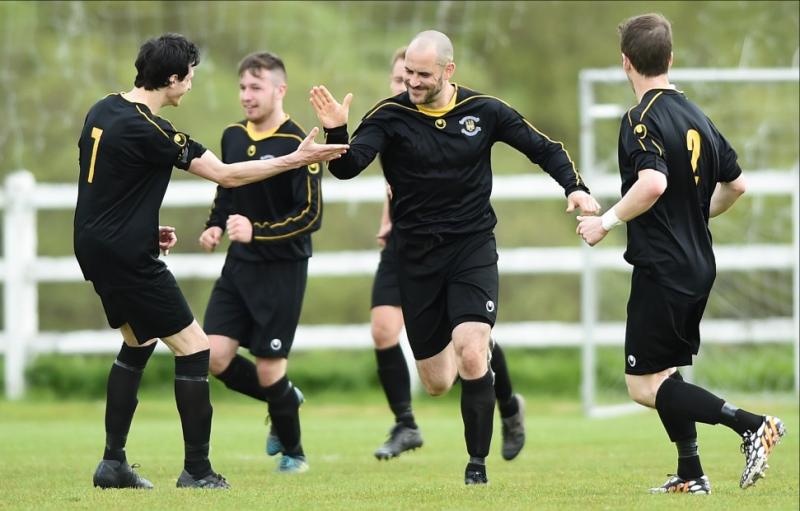 It’s been a tough road, but battle-hardened Kilkenny are now just 90 minutes away from national glory once again.

Emmet Nugent’s match-winning goal helped the Cats storm to a 2-1 win and move them one step closer to bridging an 18-year gap to their last title.

“That was a tough game, but what a way to win it!” beamed joint manager Jim Cashin.

“Getting to the final is a reward for this team, who have come through the tough side of the draw. The Leinster Senior League, who we beat in our opening game, were finalists two years ago. Inishowen have been in three of the last five finals while Clare were going for three in a row. That’s serious pedigree in the teams we’ve beaten.”

Player quality wasn’t just in the opposition, as Cashin was quick to stress.

“We always knew that the players in this league were good enough,” he said. “All we’ve done is bring them together and instilling some pride in the side.

“Just listening to them in the dressing-room before the game we knew we didn’t have to say much - they’re all leaders.”

Now the challenge is to step things up for the final showdown with Carlow. They may be first-time finalists, but the Cats won’t be treating the game lightly.

“We won’t take anything for granted,” Cashin said. “Carlow will get our full respect - you don’t get to Oscar Traynor finals without being a good side - and we know they’ll be up for the game.”

Fellow manager Jim Nugent was quick to praise all the players for their efforts.

“We’re back to where we should be, but the credit has to go to the players,” he said. “They have given their all from the start - anything we’ve asked of them they have delivered.”

Nugent and Cashin have brought something special to the table, but talked down the idea of possessing a magic touch.

“We’re not magicians - we have the experience which the players have respected,” Nugent added. “We have some great leaders on that pitch, guys who the other players listen to.”

And the end result is a home final against Carlow in Derdimus on June 3 which, Nugent hopes, will deliver a bumper crowd.

“I’d expect a big crowd to be at the game, especially as it’s Carlow’s first final,” he said. “It promises to be a huge day.  I’d love it if people came out and really got behind these lads for this final.”