What a day for the Kilkenny footballers

Big win in Leeds was a huge change of fortune 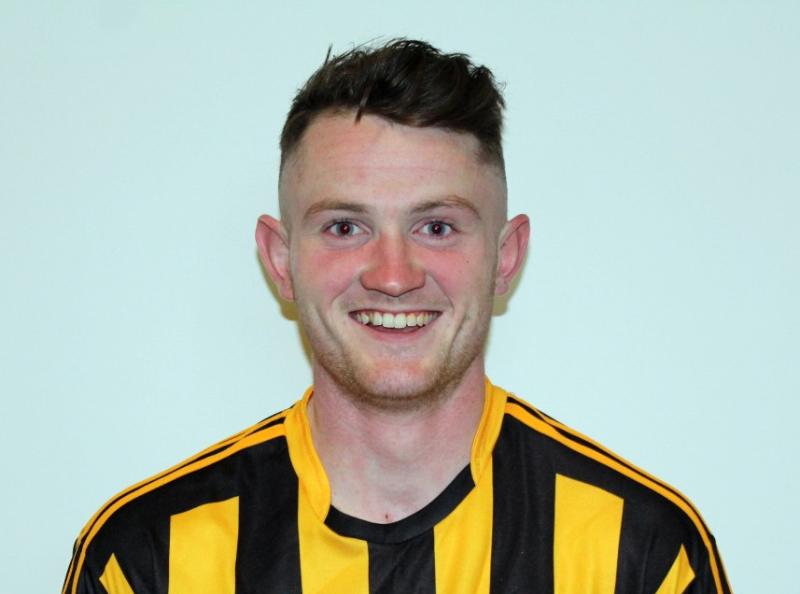 John Walsh featured among the scorers for Kilkenny

There was a time when the Kilkenny footballers would have figured at the wrong end of such a scoreline, 6-17 to 1-4. Times have changed.
The Cats have found a level at which they can compete and do even better, and that is in the British junior football championship.
In this clash in Leeds on Saturday, Yorkshire were totally out-classed by disciplined and determined visitors who shot 23 scores.
Kilkenny team manager, Christy Walsh, was thrilled with the performance of his team and now all are convinced they can make a good effort to retain the title.
Up for grabs in the eight team competition is the Sam Óg Trophy.
The winners led by 4-8 to 1-2 at half-time.
Yorkshire were on the back foot from the off. After the visitors missed two early chances, the home side opened the scoring with a point.
Kilkenny hit back smartly. John Walsh planted the ball in the net and shortly afterwards Mick Kenny sent the green flag flying again.
The winners continued to miss chances, but with the half back line pushing forward and carrying the ball into the opposing half at every opportunity they looked good for a win.
Yorkshire were under constant pressure. Goals were conceded to James Culleton and Mick Malone so that the game as more or less decided at half time with Kilkenny 15 points ahead.
There was some good point scoring for the winners by Walsh, Conor Joyce, Pat Hartleey, Malone, Ian Duggan, Luke Hickey and a particularly nics pair from Mick Kenny.
The home side tried to up the effort after the break, but they made no headway.
Kilkenny introduced their full quota of subs, and all the time kept the scoreboard ticking over.
Malone and Dowd controlled the middle of the park and their fielding of high balls was first class.
Overall this was a good performance from Kilkenny, who have every chance of improving as the competition progresses.
Kilkenny play Scotland in the next round on Saturday in Scotland.
SCORERS: Kilkenny - Ian Duggan (1-6); John Walsh (1-3); Mick Keneny (1-2); Mick Malone (1-1); James Culleton, Ronan Coffey (1-0 each); Conor Joyce (0-2); Pat Hartley, Luke Hickey, Eddie Moylan (0-1 each).
Kilkenny - J.J. Sullivan (St Patrick’s); Aaron Duggan (Dicksboro), Richard O’Hara (Thomastown), Paul Kelly (Railyard); Pat Hartley (Tullogher Rosbercon), Philip Roche (Railyard), Shane Kelly (Mullinavat); Sean Dowd (Railyard), Michael Malone, capt (Mullinavat); Mick Kenny (Lisdowney), James Culleton (Mullinavat), Conor Joyce (Rower-Inistioge); Luke Hickey (James Stephens), Ian Duggan (Mullinavat), John Walsh (Mullinavat). Subs: Jim Power (John Lockes), Ronan Coffey (Kilmoganny), Edward Moylan (Dicksboro), Joe Fennelly (Mullinavat), James Nolan (Clara).
Joining Mr Walsh on the management team are J.J. Grace and John Dowd (Railyard).
At a matter of interest, the travelling party left Kilkenny at 5am on Saturday. They caught the return flight home at 7.30pm the same evening.
The Kilkenny party was looked after royally by the generous and caring people in the Irish Centre, Leeds.